Corn Illustrated: It might be more challenging than you think to develop girthy ears for commercial hybrids in the Midwest. 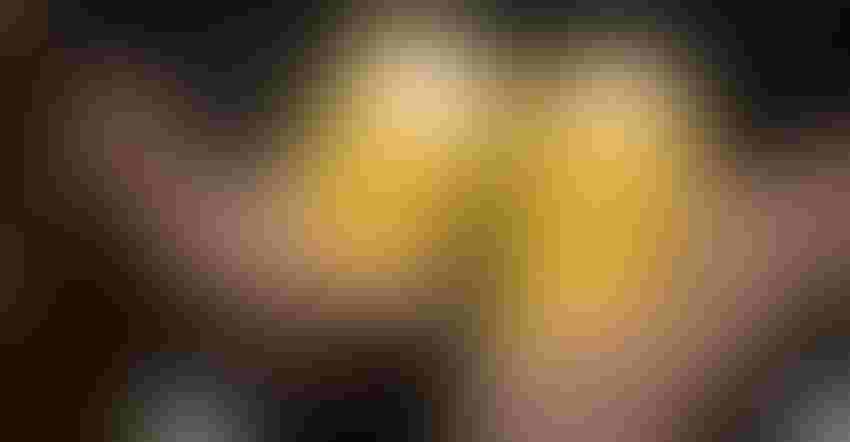 CHALLENGE: A seed company in South America produced a trait for high row number on corn ears, but it may be a while before ultra-high row numbers are practical here. However, row number varies in hybrids.

I recently read some articles by Agricomseeds, a corn research company with offices in Brazil. This company has been developing hybrids with high row numbers and tolerance to heat and drought that yield well at relatively lower populations.

Agricomseeds claims to have developed a “polygenic trait” for high kernel row numbers — from 28 to 32 rows. However, these ears are shorter with bigger cobs and smaller kernels as compared to hybrids adapted to the Corn Belt.

Can we use this type of genetics to increase row numbers here? Can we make hybrids heat- and drought-tolerant? That will be needed if global warming prevails and we still want high yields at 28,000 plants per acre. Sounds great, doesn’t it? Perhaps we can have our cake and eat it, too!

Closer look
Adapting tropical genetics to our temperate environment has been tried before without much success. Additionally, transferring polygenic traits from one variety to another is very difficult.

We have to identify each gene by its expression in row numbers. We don’t know how many genes may be involved and where they’re located on the chromosomes. We’re going back to the days of classical corn breeding more than 50 years ago.

A few years ago, transferring even single-gene traits was a problem because we sometimes brought along lots of garbage from the donor parents with the desired gene. This was termed "yield drag."

With genes for insect resistance closely linked to glufosinate, the active ingredient in Liberty herbicide, the selection process became easier. But we still had to make several backcrosses to capture most of the genes from the desirable parent. The problem of dragging undesirable genes from the donor parents was never eliminated.

The process of borrowing genes for high kernel row numbers from the tropical corn adapted to Brazil may be very difficult. The initial crosses between Brazilian tropical corn lines and the inbred lines adapted to the temperate climate of the Corn Belt may be made in greenhouses or tropical nurseries.

Segregating populations from inbreeding those crosses will have a tremendous amount of variability. With multiple genes involved in the high row number "trait" expression, it will be difficult to track the many genes involved among the progenies of such crosses.

New technology
Hopefully, new technologies in gene mapping and editing will be helpful. However, even if this could be accomplished, genes don’t act alone. They have to be in a certain "genetic environment" to be able to give the right commands to produce the final product, such as high row numbers.

Other traits that could be involved include kernel size and grain quality. We have a hard time developing corn hybrids that consistently have ears with 24 rows of kernels, even when we use girthy-eared parent lines on both sides of our hybrids.

Perhaps the lines from Brazil would grow on shorter plants and may work with high plant populations and equidistant spacing. Hopefully, gene mapping and editing technologies will be helpful, and plant breeders in the future will have great opportunities to feed the hungry world.

Nanda is president of Agronomic Crops Consultants LLC. Email him at [email protected], or call him at 317-910-9876.