Do the groundwork to evaluate risk before eliminating European corn borer (ECB) trait protection.Evaluate historical ECB pressure in the area and recent statewide scouting results.If still maintaining a Bt refuge, evaluate corn stalks for damage. If using an integrated refuge, plant a test strip of conventional corn and evaluate it.Experiment and expand use of non-trait seed gradually. Don&rsquo;t go cold turkey.If eliminating trait protection in a given field, commit to scouting for egg masses as well as stalk damage.Explore pest-scouting updates offered to sweet corn and vegetable producers.Identify threshold levels for in-season control and follow them. 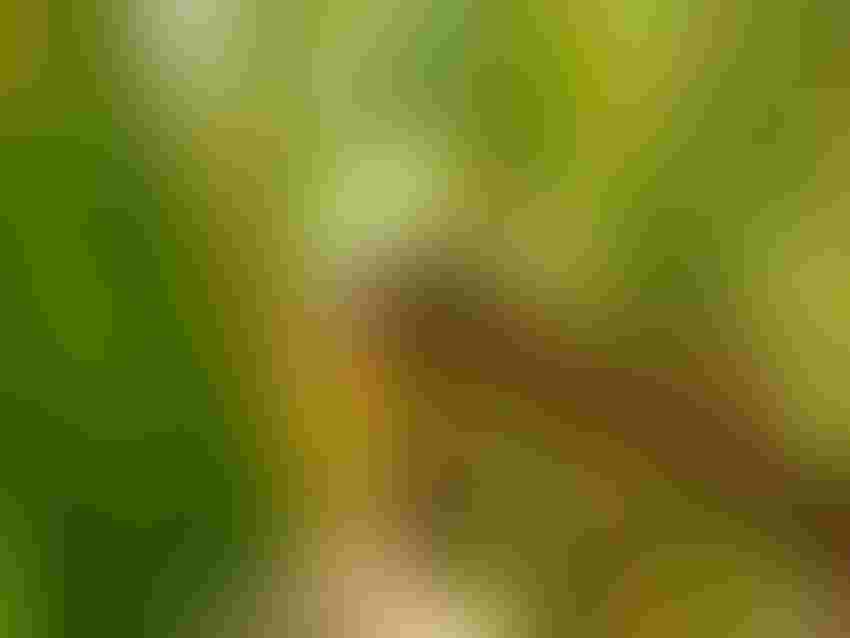 “We’ve found that European corn borer persists in pockets in Pennsylvania, but the majority of the state doesn’t see much of it,” he says. “These pockets can be smaller than expected. We’ve found corn borers in one plot and none in a plot five miles away.”

While Pennsylvania ranks 15th in corn production in the country, the low populations Tooker found in most of his plots closely follows a 2010 review of European corn borer population declines and resulting damage in five major Midwestern corn-producing states.

The benefits to corn growers in Illinois, Iowa, Minnesota, Nebraska and Wisconsin were estimated at $6.9 billion over that period. Ironically, the researchers suggested that 62 percent of those benefits accrued to non-Bt users as they enjoyed area-wide suppression of the pest.

Dave McLaughlin, Elliotsburg, Penn., and Bob Vohland, Farmington, Ill., already enjoy lower input costs and equal or higher yields without using the traits. McLaughlin says he isn’t anti-GMO. His decision to drop traits was a matter of dollars and cents, combined with reduced concerns over European corn borer on his 435 acres of corn, soybeans and small grain.

“With my rotation, I don’t need rootworm traits, and I don’t use postemerge weed control,” he explains. “I had to buy them to get traits to control corn borer, but it seems to be much less of a pest than it was 12 to 15 years ago. Looking at John’s research, why spend $80 to $100 more per bag for traits I just didn’t use?”

Seed cost differential also plays a big role for Vohland on his 2,200 acres in west-central Illinois. While he plants half his soybean acres with Roundup Ready seed to control waterhemp, he has avoided traits in corn since he saw a yield drop the first year he planted them.

“I may have some European corn borer, but it’s not bad enough to be an issue,” he says. “I do some scouting and try to keep an eye on the corn. We had some stalk rot and integrity issues in early October in a particular hybrid. We can’t rule out corn borer, but we aren’t planting that hybrid this year.”

Tooker is not recommending growers abandon the use of hybrids with European corn borer control traits. However, low population levels could provide an opportunity to reduce seed costs. To evaluate risk, he suggests a three-year plan for testing European corn borer activity. He points out that those who try going ECB-trait-free without knowing local population levels are at the greatest risk. Ironically, the recent move to refuge-in-a-bag may make European corn borer population evaluation even more difficult with the elimination of in-field refuge blocks. Tooker advises retaining the structured refuge approach if considering moving away from Bt traits.

“There are benefits to integrated refuges, but monitoring European corn borer is not one of them,” Tooker says. “Start with a small trait-free plot and walk it to assess corn borer damage. If damage is low or nonexistent, plant a small field without the ECB trait the following year. Again walk it to assess damage. If it remains low or nonexistent, increase acreage of non-Bt corn.”

Christian Krupke, associate professor of field crops, Department of Entomology, Purdue University, seconds Tooker’s advice. “Our European corn borer reports in the last 10 years have been few and far between, and it is a minor concern here,” he says. “The scout-and-treat approach works, but can be costly, and there is always the possibility of a false negative. From a grower perspective, the Bt traits targeting European corn borer offer a durable and proven insurance plan, and it is hard to dissuade them from that.”

To establish whether such insurance is needed, Tooker’s research team established a network of 29 plots throughout the state. Researchers scouted for European corn borer damage in 2010, 2011 and 2012.

“We often found one or two sites in a field and sometimes less than that,” Tooker says. “In one pocket, we hit a much higher population with multiple larvae per stem. If you try to go non-Bt in that type of area, you learn it isn’t the best idea and quickly revert.”

Even if low damage is found, he suggests following a preventative-use pattern. “Use Bt trait corn for three years, then two years of non-Bt and then go back to Bt-trait hybrids,” Tooker suggests. “Scouting has to be a part of this. You can’t leave the fields untended.

“I remain an advocate of Bt where appropriate,” he says. “However, our research shows that you can get significantly greater profit if you can use non-Bt hybrids. The European corn borer population decline has been because of the technology, but a benefit of it is that growers may be able to go non-Bt and capture the profit.”