The marmorated brown stink bug has been detected in seven Alabama counties and suspected in two more counties, based on corn ear damage. 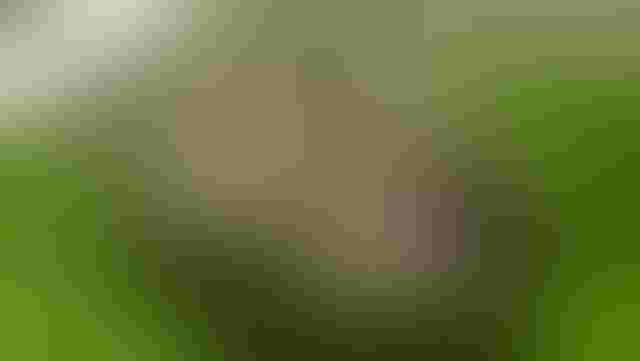 <p>THE BROWN MARMORATED stink bug was seen at economic levels in Alabama the past year, and growers are advised to be on the lookout for it again in 2015.&nbsp;</p>

Reviewing this past year’s corn crop and predicting potential pest problems for 2015, producers throughout Alabama should keep an eye out for the marmorated brown stink bug, says Kathy Flanders, Auburn University Extension entomologist.

“We’ve seen corn damaged by various species of stink bug in the southern part of the state, but last year we started to see more stink bug damage on corn in north Alabama,” says Flanders. “There’s always a little background damage from stink bugs in the northern region of the state, but this past year there was more.”

Currently, the marmorated brown stink bug has been detected in seven Alabama counties and suspected in two more counties, based on corn ear damage, said Flanders at the recent Southeast Certified Crop Advisor Update, held on the Auburn University campus.

This particular stink bug species is moving down from the north, she says, and it’s an equal opportunity pest that is attracted to ornamentals, vegetables, corn, soybeans, cotton, fruit trees and other crops and plants.

“So we’re watching this pest carefully to see what it will be doing here in Alabama. One soybean field in Prattville in central Alabama was at near-economic levels, and it was near some woody hedgerows which seem to be a good place for them to overwinter. So that’s one more thing we need to keep an eye on,” says Flanders.

In 2010, these stink bugs were seen in extremely high numbers in the mid-Atlantic region.

The adult brown marmorated stink bug is shield-shaped and dark, mottled brown. It ranges in length from 14 to 17 millimeters, roughly the size of a dime. The last two antennal segments have alternating broad light and dark bands. The exposed abdominal edges also have alternating dark and light banding. The adult stink bug has two green fluorescent patches, one on either side of the underside of the head. They’re about twice the size of a regular stink bug, says Flanders.

“We thought 2011 was an unusually heavy stink bug year. And in north Alabama, we got about four damaged kernels per ear. But in 2012, levels were about normal. Then in 2013 and 2014, we saw more heavy pressure. Samples that were taken from the edges of the fields are showing that we’re starting to see higher levels of stink bugs in north Alabama. There were six fields in Lawrence, Madison and Limestone counties that had stink bugs that were above economic injury level,” she says.

When the brown marmorated stink bug invades an area, IPM programs for crops have to be modified, says Flanders.

“This pest has proved to be particularly difficult to control in fruit and vegetable crops, where there are currently few effective pesticides labeled for use against them. On soybeans, edge treatments are proving to be effective. Researchers are looking into short- and long-term ways to effectively control this stink bug species.”

In corn, the marmorated brown stink bug will feed on ears up through and past the dough stage. “Growers may not be able to spray the edges of the corn, but they need to be aware that corn along the edges is probably going to be more low-quality than ever. The edges of corn are not the best anyway. They’re under stress from various things, and that can lead to higher aflatoxin levels. It has been documented that maize weevils like the edges of fields, and now we’re finding that the marmorated brown stink bug also likes the edges of fields. In north Alabama, we might have to start thinking about doing something with the corn on the edges of the fields like segregating it from our more high-quality crop. Spraying the edges of fields has worked on soybeans, but I don’t think that’ll be feasible on the corn.”

Timely harvest more important than ever

Research from 2014 has underscored the importance of timely harvest in corn production, says Flanders.

“We all know that weather conditions and other factors impact this, but we are seeing now more than ever before how important it is to get corn out of the field as soon as possible.”

In a corn survey completed in north Alabama’s Tennessee Valley this past year, researchers found that the corn was for the most part ready to harvest on about Aug. 15.

“While the corn was in the field, there was time for at least one generation if not two of the maize weevil, which is a primary insect pest of stored grain and eats the kernels from the inside out. It is brought in from the field and into the grain bin.”

The survey was real-time evidence that shows how maize weevil populations grow the longer corn is in the field, and it shows how important it is to go ahead and get corn out of the field and not to leave it out any longer than necessary, she says.

“The longer you wait to harvest your corn, the greater the chances are that you’ll be bringing more weevils into those grain bins. So if corn is planted and harvested late, it might be best just to go ahead and take it to the elevator rather than placing it in your grain bin and trying to keep it for a period of time.”