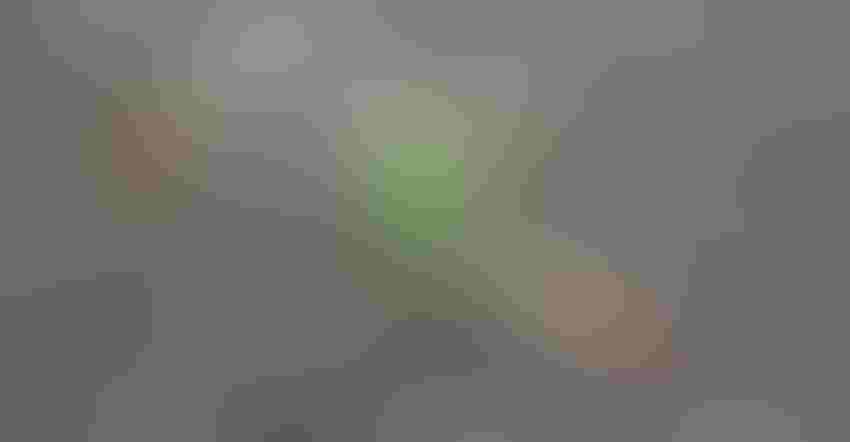 FROST DAMAGE: Note that injured corn leaves are beginning to regrow from the whorl. This photo was taken two and a half days after frost injury. Robert Nielsen

A simple frost and lethal cold temperatures for a young corn plant are two very different things. Yet the difference in temperature that separates the two events is only a few degrees on the thermometer. That’s why there may be variation from one area to another after the low-temperature event that occurred on May 9.

“In either case, you need to wait three to five days to see whether young corn will regrow and replace damaged tissue or not,” says Bob Nielsen, Purdue University Extension corn specialist. “Within three to five days of the low temperature event, elongation of undamaged leaf tissue in the whorl will become evident, if it’s going to happen.

Here’s the rub, based on this particular event, Nielsen says. Early morning temperatures in the 30s, coupled with clear, calm conditions overnight, are favorable for frost formation on exposed surfaces, he explains. The temperature doesn’t have to drop to 32 degrees F to produce frost.

However, frost by itself isn’t the “kiss of death.” That’s because regrowth can occur, as noted previously.

The telling factor, and what could make this past weekend’s event troublesome, is that if temperatures drop below 30 degrees, the growing point could be injured or killed, even if it is an inch or so below the soil surface. Injury or death is even more likely if soils are dry.

Past work indicates that if the temperature drops to 28 degrees or lower for one to two hours, it may be lethal for young corn plants because the growing tip may be killed. The actual temperature and length of time at that temperature are key, Nielsen says.

Immediately after the event, plant appearance following damage by lethal cold temperatures may resemble that of plants affected by simple frost damage. The difference won’t be apparent until you can determine whether leaves in the whorl start to regrow or not, Nielsen explains.

If you don’t see regrowth starting after three to five days, slice down the middle of the stem through the crown of a young plant. If the plant is dead, you will find mushy, discolored tissue.

“The bottom line is that you will need to wait three to five days to tell for sure,” Nielsen says. “Even if injury looks serious a couple days after the event, if it’s just frost damage and there’s no injury to the growing point, recovery is likely.”