New Horizons project adds topsoil to sandy soils in South Australia to help improve crop production and increase yields from 70% to a potential 400%. 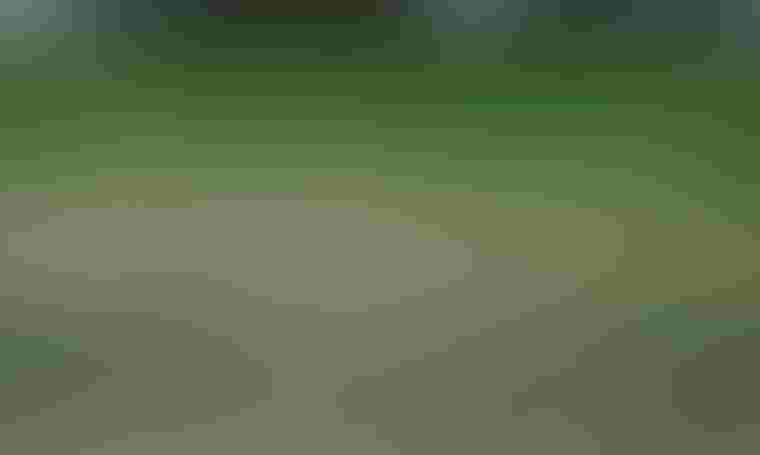 <p>A New Horizons trial site. In front, the typical growth of crops in the sandy, shallow top soils that cover 40% of South Australia. Behind, the lush plants that emerge from soils modified as part of New Horizons. Clay and Lucerne are spread through the profile to increase root mass and available nutrients and water.</p>

Farming is tough in the driest state of the driest inhabited continent in the world. Sandy soils cover almost half of South Australia's broad acre land, with shallow topsoil and infertile subsoil limiting the land's potential.

What started as anecdotal whisperings between farmers has transformed in to a state-wide research project that increases yield from an average of 70% up to a potential 400%, raising farm gate production of crops and livestock by up to $1 billion a year in South Australia alone.

Soil and Land Management Consultant David Davenport, of Rural Solutions SA PIRSA (Primary Industries and Regions South Australia), said that the project aims to increase topsoil in these regions from the average 8-12cm to 40cm or deeper.

"We've got the opportunity to take some of the principles we use in horticulture, and even in home gardens, to a broad acre level," Davenport explains.

"What most people don't realize is that rainfall isn't the most major limitation to crop production in South Australia. As much as 70% of the cropping and grazing land only uses about 50-70% of the rainfall it receives."

That's largely because of a mixture of soil issues that prevent plants from reaching their potential. Australia has a very slow rate of soil formation, and those old soils have very low inherent fertility.

New Horizons effectively modifies the soil profile, bringing up low-lying clay, adding organic matter such as lucerne and distributing the mixture throughout the profile, meaning root structures can delve deeper and have access to more water and nutrients.

The root structures more than triple their mass in the improved soil. They germinate and emerge from the ground quicker than their unimproved counterparts. Germinating even one week earlier is a significant benefit when soil dries up quickly toward the end of a dry season.

Brett Bartel, Program Director of New Horizons, says the project was conceived as a framework to nail down anecdotal evidence that farmers had been seeing for decades.

"In the very early days, farmers dug deep trenches to put in water pipes across their properties. When they would crop over that, they'd notice significant yield increases in that line, that obvious line - that would last for twenty years or so," Bartel says.

"It's been going for more than 10 or 20 years now where people have been modifying machinery themselves to look at troublesome areas of their property.

"We thought we really needed to bring all the anecdotal evidence together and design a scientific research program that can demonstrate what the actual benefits are and the best ways to do it."

New Horizons operates over three trial sites across South Australia, chosen for their suitable soil types and locations. These are meticulously monitored and maintained, an intensive process, but one that ensures the most refined end result for the program.

Mixing science with economics, says David Davenport, one of the pioneers behind the program, is a critical part of the process.

"If we can understand what's driving the benefits, then we can design the treatments that give us the biggest production return, but also improve the economic balance of doing this work.

"It is quite expensive. We could be talking $6-700 per hectare to do this modification process. But if we can double yield, which we've got a fairly good indication we can on sands and possibly even on heavier soil types with poor structure, then we can recoup the benefits quite quickly."

There are two main methods behind the process.

One is delving, where a machine digs up to a meter down and brings the clay to the surface. Another machine breaks up the chunks of clay and incorporates it evenly across the soil surface. Organic matter such as lucerne, or fertilizer, or a mixture of both is also incorporated.

The other method, when the clay lies too deep, is to dig a large, central pit, draw the clay from there and then spread it through the soil.

"The cost is so massively variable depending on the access to clay," Bartel says, "I know in some areas it's as high as purchasing new land per hectare. But what you're doing, if you double your production, you're not doubling your input costs."

Those input costs could be driving over, spraying, fertilizing and cultivating twice as much land. Additional benefits of using organic matter such as lucerne modification process mean that fertilizer use is lowered on the land.

While it may seem like a small thing, the treatment looks to last somewhere between 10 and 20 years; Davenport seems to think towards the longer end.

On top of that, soil erosion is significantly decreased in the longer term due to increased coverage.

Those aren't the only positive side effects to the treatment.

"The other benefit we see is by increasing organic carbon, we can significantly offset greenhouse gas emissions. Some of the initial work we've done indiciates we could offset up to 200 tonnes of CO2. South Australia's net emissions are just over 30 tonnes per annum," Davenport says.

It's still early days for New Horizons, explains Program Director Brett Bartel. PIRSA are looking to expand from their three trial sites, which have now been running for a year, to more than twenty around South Australia.

That's an increase of funding from $2 million to $40 million - but it's a necessary step to prove that the concept works across the state, to bring farmers on-board by letting them see results in their own backyard with their own eyes.

The success of the program also rests on the uptake by farmers. Early surveys are promising, with many farmers identifying with the problems New Horizons seeks to solve.

PIRSA will also be running an extension program through traditional means such as informative field days, as well as social media, apps and other diverse channels.

While the initial outlay may be large, David Davenport thinks the possible results are too big to ignore.

"The opportunity is really large. We could be talking $600 million plus per annum in farm gate production. That's just in South Australia. We've got 2.7 million hectares of sandy soils alone."

David's $600 million figure is a guess at the total increase in production based on the predicted uptake by farmers - the more that come on board, the bigger that number gets.

"The clear winner out of this will be Western Australia. You're talking 10 million hectares of sands there. Certainly New South Wales and Victoria would benefit from this work on heavier soil types."

Pull those figures out internationally to other countries experiencing subsoil issues and it's a significant increase in worldwide productivity, with the added benefit of a carbon offset and reduced input costs.

The real beauty of New Horizons, Davenport thinks, is that it's simple.

"The good thing about the work we're doing is quite frankly you could go to a backyard gardener and he'd get it. He'd get what you're trying to do because it makes sense. We think the uptake will be rapid."