Commentary: Doing away with conservation plantings and taking land out of CRP is not the way to control Palmer amaranth. 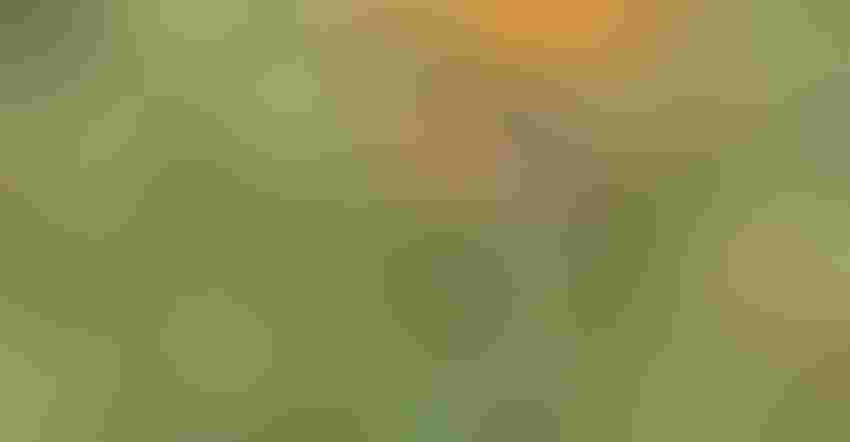 NEED CONSERVATION: In addition to saving soil and protecting water quality, native plants are needed on the Iowa landscape for a number of reasons, including habitat for pollinators and other wildlife.

Most wildlife biologists and hunters, like me, admittedly have less of a mainstream attitude toward weeds. Those of us who spend fall mornings behind bird dogs or summer days glassing butterflies look upon field edges and odd areas in a different light.

There, ragweeds provide vital forage for wintering bobwhites, and milkweeds serve as nurseries for next fall’s flight of the monarch butterfly. But hunters and wildlife biologists understand another fundamental reality: Anything that affects efficiency in crop production affects conservation.

So when I heard about the weed called Palmer amaranth being found in new counties across the Midwest last summer, I closely followed the headlines and learned how to identify the pigweed to see where I fit in.

Palmer, as it’s called, is a major challenge in cropping systems in the southern U.S., where its combined fecundity and genetic predisposition to glyphosate resistance has earned it the designation as the most troublesome weed in North America, according to a 2017 survey from the Weed Science Society of America. Palmer had been slowly making its way into the Corn Belt for some time, occurring in 17 Indiana counties by 2013 and being documented in new counties in Missouri every year since 2008.

Have seeding mixtures tested
Before 2016, Iowa had largely been spared introductions of Palmer, credited in neighboring states to sources as variable as migrating bird poop to contaminated feeds. Then, during the 2016 growing season, the list of infected Iowa counties jumped from five to at least 48, and experts predicted the number of infected counties could be even higher. The culprit? Seed mixes shipped to Iowa from Southern dealers to meet burgeoning demand for high-diversity native plantings contracted under a new practice of the Conservation Reserve Program.

The CRP fields where Palmer was rearing its ugly, thousands-of-seeds-bearing head were the same fields that symbolized a seismic shift in the way conservation plantings were carried out under CRP. For years, wildlife biologists had lamented the mediocrity of CRP at mimicking native prairies that once covered the majority of the Corn Belt and gave birth to its internationally renowned fertility.

Don’t blame conservation programs
After over two decades of lessons learned in CRP plantings, coupled with international fervor over the plight of economically and ecologically important insects like bees and the monarch butterfly, USDA’s Farm Service Agency surmised a practice that promised to be the closest approximation of natural prairie ever seen in a federal private land conservation program. The resulting Pollinator Habitat Initiative came with compelling financial incentives that made it economical at a time when crop prices were demonstrating volatility. It promised to restore habitat for bees, monarch butterflies, pheasants and quail, and a laundry list of other wildlife, whose populations have been on a century-long slide across the Midwest.

And in 2016, seemingly overnight, it became synonymous with Palmer.

I’ve seen this play out everywhere from professional meetings to farmsteads. I’ve heard stories from across Iowa about inquiries on CRP contract termination. I’ve talked with landowners that dismiss high-diversity plantings out of fear for being the source of a new Palmer infestation. I’ve read gloom-and-doom articles implicating CRP in fueling the spread of Palmer on pages of periodicals from across the Midwest.

Better ways to control this weed
Vigilance and education are unequivocally important. However, as conversations progress and more landowners hear of Palmer introductions through high-diversity conservation plantings, the threat of an implicit deduction is becoming clearer. That deduction: If Palmer is the effect and conservation plantings the cause, won’t fewer plantings preclude more Palmer?

Professional educators and everyone in the agriculture and conservation community need to continue to address the threat Palmer poses to our production systems. However, we also need to have conversations about doing so while building on progress for conservation of pollinators, soil, water and wildlife, which are fundamental to our quality of life and the sustainability of rural landscapes.

Continued messaging about the necessary steps for managing Palmer, starting with choosing local, clean native seed sources, and continuing through scouting and eradication in crop and CRP fields is vitally important. This message should have a consistent theme: Fewer conservation plantings aren’t the solution; more vigilance is. Because as we all acknowledge that Palmer is a huge deal, I hope we don’t forget, conservation is a huge deal, too.