The Nebraska couple works to implement agricultural conservation practices and connect others with nature. 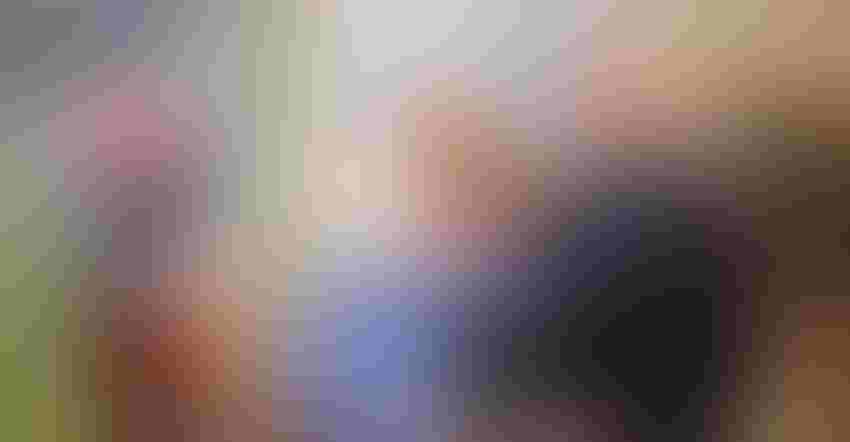 Ed and Leta Olson of Craig have been selected for the 2020 Nebraska Leopold Conservation Award.

The Burt County farmers will receive the award, which is given in honor of renowned conservationist Aldo Leopold. The award recognizes extraordinary achievement in voluntary conservation by American farmers, ranchers and foresters in 21 states.

In Nebraska, the award is presented annually by the Sand County Foundation, Alliance for the Future of Agriculture in Nebraska, Cargill, and the Nebraska Environmental Trust.

The Olsons will be presented with the $10,000 award at a public event later this year.

"The Olsons are the epitome of the farmer-conservationists," says Steve Martin, executive director of AFAN. "They create habitat for wildlife and improved the soil with innovative farming practices. Ed shares his passion for the outdoors as a mentor and instructor. This ensures that future generations are connected to nature and care about conservation."

Their land ethic is expressed by implementing agricultural conservation practices and connecting others with nature.

When many farmers were clearing trees and farming to their fence lines, the Olsons were doing whatever they could to create wildlife habitat, maintain soil health and improve water quality.

Of the 815 acres they farm in eastern Nebraska, 115 acres are enrolled in conservation programs to create filter strips, shelterbelts and pollinator habitat. The Olsons are firm believers that if every farmer took the least profitable 5% to 10% percent of their farm and used it for conservation, then all farmers would make more money while planting fewer acres.

"While [Ed Olson] may not be the biggest farmer that we work with, he undoubtedly makes the largest impact," says Andy Bohnenkamp, district conservationist.

Ed has adopted a variety of conservation practices to decrease erosion, protect water quality and increase soil health. Cover crops of grasses, small grains and legumes are planted in the offseason to increase the soil's ability to hold water and sediment. No-till has been used on his corn and soybean fields for more than 20 years. Terracing has made sloped farm fields more manageable.

In 2017, the Olsons were among the first landowners to participate in Nebraska's Corners for Wildlife program that established 1- to 3-acre plots of pollinator habitat at rural intersections. Sewn with wildflowers, these plantings benefit bees and butterflies, and they keep drivers safe during summer months when cornfields would otherwise limit visibility.

They have planted about 4,000 trees and shrubs to create windbreaks and provide food sources and corridors for wildlife. Such efforts earned them a Legacy Award from Pheasants Forever, Quail Forever and USDA in 2015.

Off the farm, Ed has spent his entire adulthood fostering conservation ethics and a respect for the land among hunters and farmers. He co-founded the Burt County Pheasants Forever chapter and educates landowners on how to enhance pheasant habitat by planting natural food sources on abandoned farmsteads and fence lines. As owner of Olson Pearson Auctions & Realty, he donates his time auctioneering at conservation events.

His strongest passion is sharing his knowledge with youth. He teaches youth firearm safety and outdoor ethics as an instructor for the Nebraska Game & Parks Hunter Education Program, and as a volunteer with Pheasant Forever's Youth Mentor Hunt. As a former 4-H wildlife habitat team leader, he provided hands-on experience to youth building goose nests and wood duck boxes.

For more information on the award, visit leopoldconservationaward.org.

Source: Sand County Foundation, which is solely responsible for the information provided and is wholly owned by the source. Informa Business Media and all its subsidiaries are not responsible for any of the content contained in this information asset.