When drought settles in for several years, farm income suffers, and the shock waves of lost revenue rip across communities, counties, even regions. 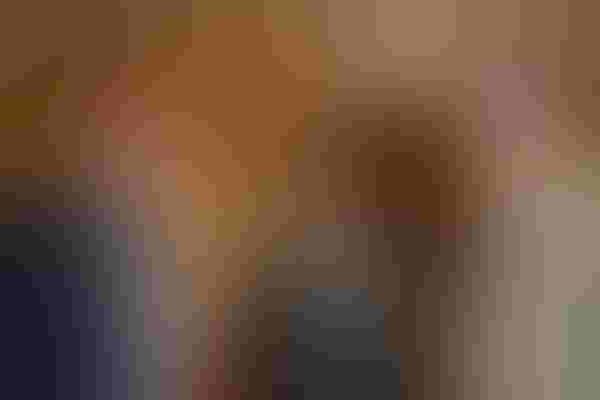 No one knows better than Texas farmers and ranchers how damaging drought can be.

Even a drought of short duration — just during one growing season, for instance — can knock a hole in farm income and, in some cases, put the farmstead in jeopardy.

Longer dry spells, such as the one currently going on across much of the Southwest, can wipe out years of profitability and may result in losing a farm or ranch.

Regardless of the advances in technology — more efficient irrigation systems, improved production methods, and varieties that perform better under dry conditions — crops won’t grow without water. When drought settles in for several years, farm income suffers, and the shock waves of lost revenue rip across communities, counties, even regions.

“The ‘30s Dust Bowl resulted in the migration of 3.5 million people from the Great Plains,” he said during the opening session of the Texas Plant Protection Association’s 26th annual conference. “It centered on Texas and Oklahoma, but impacted farmers north to Kansas and east through Missouri, with a large number moving to California.”

And not all of those displaced persons came off farms and ranches. “Only 43 percent were estimated to be agricultural workers,” he says. “More than a third were white collar workers. Some regions estimated topsoil loss at 75 percent, rendering high quality agricultural lands worthless for crop production.”

Losing that agriculture base also ripped the fabric of rural communities and the towns that supported them.

A more recent drought, the one that lingered through most of the 1950s, illustrates the devastating effect weather calamities can have on farm income.

Miller says statistics from a 1958 Texas Board of Water Engineers report show ag losses during the 1950s drought topped $3 billion — equivalent to more than $25 billion in today’s economy.

In 2011 alone, the aftermath of the drought included thousands of tons of lost topsoil and more than 4 million acres damaged by wildfire.

The most recent drought, Miller says, took a particularly heavy toll on the Texas cattle industry. In 2005, the state cattle herd (cow/calf numbers) totaled 5.35 million head, a figure that remained fairly steady for five years, then dropped to 5.14 million by 2010.

Following the drought that started in the fall of 2010, however, cattle numbers began a steep decline to 4.9 million in 2011, followed by significant drops the next three years to 3.91 million head in 2014.

Rebuilding that herd will take time as ranchers cope with the high cost for replacement heifers and renovating pastures and rangelands ravaged by four years of relentless drought.

“Long term drought damage to the forage base, loss of cows, and changing land trends will change the beef industry,” Miller says.

The shrinking cattle herd has already caused ripple effects through the economy. A large packing plant in Plainview, Texas, closed in 2013, resulting in 2,000 lost jobs. A closure in San Angelo meant 200 jobs lost.

Crop losses for other commodities have resulted in similar ripple effects. “A wide array of harvesting, hauling, processing and storage jobs has been lost to the drought,” he says.

During the time weather records have been kept (back to the late 1800s), the 2011 drought takes the dubious honor of being worst on record. But Miller says the region has seen longer drought periods, according to tree-ring measurements that can be plotted back for 500 years.

No recent drought appears in the three-year list of worst drought periods. Topping that list is 1818 through 1820, with 6.56 inches of rainfall in the Feb. though May periods.

Those figures are measurements from the Edwards Aquifer region of Texas, in the San Antonio, Uvalde, and Winter Garden areas; all include rainfall totals from February through May.

“Drought has always been a recurring climatological cycle for the Southern Plains,” Miller says, reiterating that farmers and ranchers will continue to face climate hardships as they try to earn their living from a harsh landscape.

“Agriculture relies on water stored in the soil, the promise of timely rain, and the use of supplemental irrigation to meet the evapotranspiration demand of crops and forages,” he says. “Cropland soils may store from 2 inches to 10 inches of crop-available water, but successful crops need 18 inches to 24 inches.”

In this region, he says, that amount of water will not always be available. “Drought is no stranger to Texas. We’ve had droughts that exceed what we’ve seen so far, so we need to be aware of the potential.”