The offer would save 185,000 acre-feet, but it isn't enough for the Bureau of Reclamation. 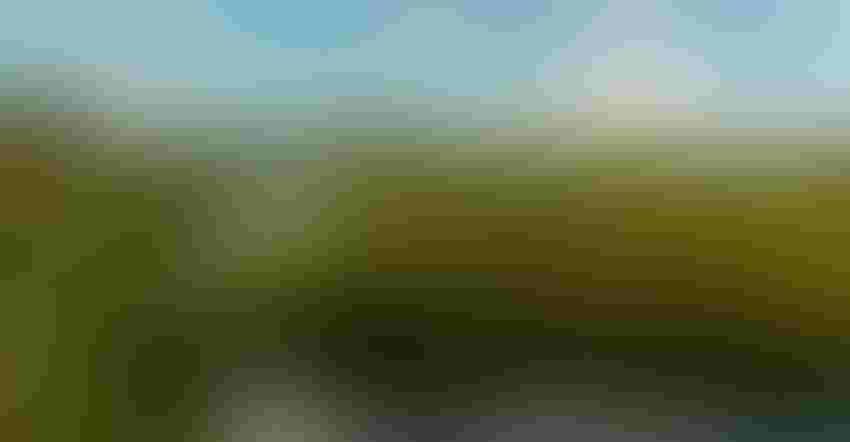 A proposal by low desert farmers from Bard, Calif., to Wellton, Ariz., to save the Colorado River still stands. Nevertheless, their offer to limit crop acreages may not bear fruit as the savings is not viewed as significant enough to meet a larger call by the federal government to curb river use. Todd Fitchette

A coalition of farmers and local water agency leaders who rely upon the Colorado River offered to reduce their river allocations in exchange for federal financial assistance. While that offer still stands, the amount of water saved through the plan is a fraction of what the U.S. Department of the Interior wants Lower Colorado River Basin users to conserve, and as such, that offer was not accepted.

Bureau of Reclamation and Interior Department officials told Congress in June that 2 million to 4 million acre-feet of additional conservation is needed to prevent the catastrophic collapse of the Colorado River system. In a show of solidarity toward helping solve the problem, farmers and water agencies from Bard, Calif., on the west side of the Colorado River to east of Wellton, Ariz., offered to limit their use.

Wade Noble, a Yuma-based water attorney who represents several local water agencies in the region, said the proposal would save 185,000 acre-feet of water. While far from the 4 million acre-feet sought by DOI and Reclamation, it was a step in the right direction and a show of willingness to help.

The offer is on hold as nobody else has stepped forward to offer significant cuts to a system that continues to be over-allocated and overused.

Noble said farm water users proposed the cuts to their use in exchange for payments of $1,500 per acre foot saved. The money, he said, would go to the farmers to conserve water. Growers under the plan would continue to make their own planting decisions, which would likely lead to planting fewer acres of forage crops and lower-value commodities.

Noble cited the example of a grower involved in the discussions who farms several thousand acres. Curbing his water use by an acre foot across his farms could cost him about $2 million.

It is next season and those following that growers are increasingly concerned about, he said. There is a high risk that irrigation cuts will be made during the 2023-’24 growing season in Yuma and the low desert region that spans Imperial County, Calif. and Yuma County, Ariz. Even the senior-most water rights holders won’t be spared because water simply may not be available.

“Deadpool is definitely on the horizon,” he said of Lake Mead.

This could lead desert growers to what California farmers have relied upon for decades – groundwater. This is untested for desert farmers as they’ve always used surface supplies from the Colorado River. Even the City of Yuma gets its water from the Colorado River, making it critical for residents there that the river continues to flow.

Noble says the Lower Colorado River Basin, which includes Nevada, Arizona, California, and Mexico, uses about 9 million acre-feet of water annually. With an average inflow into Lake Powell of 6 million acre-feet during the drought, this is why storage at Powell and Mead continue to fall.

Last year Reclamation issued its first-ever tiered restriction on Lake Mead. That forced cuts to water deliveries to the Central Arizona Project and Nevada. California was not included in those cuts under the Drought Contingency Plan. In 2007 the lower basin states agreed to share the risks of reduced inflows into Lake Mead, but not all is shared equally. The numbers from that agreement set in place the tier level restrictions that Reclamation enacts based on water levels in August of each year.

For all of 2022, Reclamation managed Lake Mead under the Tier 1 restriction of 1,075 feet, even though the reservoir was below that level. Reclamation will again manage the reservoir at a higher level than it is, because of an accounting game that puzzles people.

For 2023, the reservoir will be managed at a Tier 2a restriction, meaning additional cuts to Arizona and Nevada, but none to California. Reclamation says it will manage the reservoir as if 500,000 acre-feet of water held back in Lake Powell to protect the hydroelectric plant at Glen Canyon Dam, was in fact delivered to and stored in Lake Mead. This “ghost water,” as Noble calls it, protects California. Under a Tier 2b declaration, California would need to cut its annual allocation by 200,000 acre-feet.

Lake Mead is like the canary in the coal mine for Colorado River users. Its level continues to crater past pre-agreed elevation levels designed to prevent its overuse. The reservoir has fallen more than 30 feet since the beginning of the year.

Moreover, Reclamation is said to be highly concerned about Lake Powell and Glen Canyon Dam. Once the reservoir there reaches minimum power pool – the point at which all hydroelectric generation ceases because the lake level is below the power plant intakes – the only way to move water through the dam will be through jet tubes at the bottom of the dam. Noble says engineers fear the use of those tubes could cause structural damage to the integrity of the dam, leading to the possibility of catastrophic failure.

The Bureau of Reclamation is the federal water master for the Lower Colorado River Basin. This means that the federal government could curtail water deliveries to the three lower basin states and Mexico if conditions continue to worsen, Noble said.

While this troubles the water users, Noble says the federal government fears the likelihood of a lawsuit by one or more of the states to prevent this.

“There comes a point at which the federal government, through the Secretary of Interior, can come to the three lower basin states and say, ‘I’m adjusting your water rights’,” he said. While the government has that authority as recognized by the Supreme Court decision in Arizona v. California, Noble says it becomes more complicated as hearsay comments suggest the federal government remains fearful of a lawsuit by the states in its attempt to protect the Colorado River.

“So, we’re almost at an impasse,” he continued.

There is data to show that the river now receives far less runoff than it once did.

Does the hundred-year-old Colorado River Compact then get renegotiated, based on the real supply and demand of the river?

“Why would California let that happen?” he asked. “They have the muscle to keep that from happening, at least in my opinion.”

Under the current compact, California owns a growing percentage of the river’s allocation as promises of 18 million acre-feet of supply per year have dwindled to under 6 million acre-feet amidst drought and poor forest management.

Under the compact the upper basin states do not have federal oversight of their use of Colorado River water. As such, the upper basin is said to view river system woes as one that the lower basin users must grapple with.