Think DifferentFarmer Bruce Brunk from Rushmore, Minn., saw these cover crop interseeding benefits:Late June cover crop interseeding with fertilizer sidedress established a root system and went dormant as the canopy closed. As the corn and beans neared harvest, the cover crop broke dormancy with no impact on yield.Seven inches of rain in late July, about 30 days after cover crop seeding, did not erode soil from the field, and the culverts stayed dry.Hybrid with a more upright leaf structure left behind a more robust cover crop 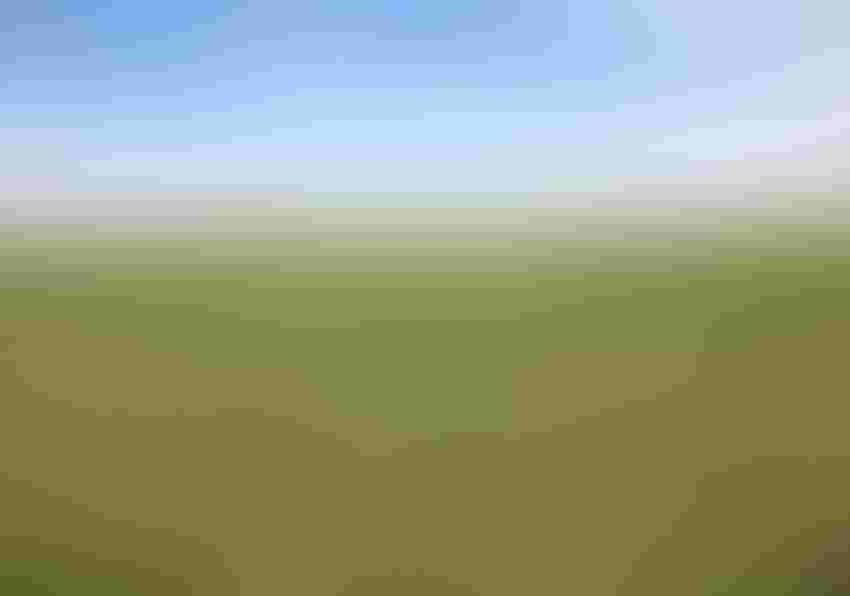 <p>Planted in mid-July with an Interseeder, these cover crops took off as soybean canopies weakened and sunlight penetrated the rows in September. Post harvest they are growing rapidly, filling in rows and building biomass.</p>

New equipment options and growers willing to experiment are opening the door to early season cover crop interseeding. Growers who try it are finding lower costs and in-season benefits.

"I interseeded 100 acres of corn at the end of June, and at the end of July we had 7 inches of rain – some of it heavy, over two days," recalls Bruce Brunk, Rushmore, Minn. "I drove by a roadside field with a history of heavy runoff. The culvert from the field was dry. We had another inch the next day, and again, the culvert was dry, though there was standing water in other ditches in the area."

Brunk jumped into early seeding of cover crops with both feet, investing in an InterSeeder. Developed by Pennsylvania State University, the InterSeeder is a high clearance drill with easily removed row units, allowing it to be used as a no-till drill for wheat and soybeans at seven and a half inch spacings or for a wide variety of other row spacings.

Although the InterSeeder didn't arrive until late May, Brunk used it to solid-seed his remaining soybeans. After corn harvest he would use it to seed wheat, however, it was interseeding that he purchased it for, and interseeding he did. With the liquid fertilizer tank option in place, he sidedressed with 32% UAN while interseeding three rows of annual rye, turnips, clover and rapeseed between rows of corn. That was the end of June. In mid-July he interseeded soybeans with three rows of annual rye, radish and crimson clover.

The early-seeded cover crop emerged, established a root system and went dormant as the canopy closed. Cover crop interseeded for a friend in late July did poorly due to lack of light. As the corn and beans neared harvest, Brunk's cover crop broke dormancy with no impact on yield.

"Leaf characteristics appear to be important," suggests Brunk. "You can do everything else the same, but light matters."

Intrigued by stories of improved erosion control and increased organic matter, Bryan Biegler aerial seeded cover crop into standing corn in mid-September of 2013. Results weren't acceptable due to lack of rain. In 2014, the Lake Wilson, Minn. farmer spread annual rye on half of a 50-acre field with a spinner spreader at the end of June. With plenty of rain, he had excellent emergence. However, getting a good pattern with the light ryegrass seed was difficult.

Looking for a better way to interseed, Biegler invested in a Hagie high-clearance sprayer. He planned to use it for crop protection, interseeding his own cover crop and custom seeding for others. However, the Hagie didn't arrive until early July. After one pass spraying herbicides, he installed a Gandy air system with a 100-cubic foot box and 17 PVC pipe drops across the 80-foot boom. It would allow him to interseed 32 rows at a time.

Having missed his early window, Biegler waited to seed cereal rye to two corn fields and a three-way mix to a third field on August 15th. The same day he laid down a five-way cover crop mix on soybeans, seeding a second field to a four-way mix Aug. 25, soon after a 2-1/2-inch rain.

Results were mixed at harvest, with cereal rye failing in a cornfield with heavy biomass. The other two fields had lighter leaf mass, and the cover crop came through fine. The mid-August seeding of five-way mix in soybeans sprouted, but died. The later soybean interseeding did fine. Biegler credits an earlier variety that had started yellowing and opened up quicker for success with the later interseeding in soybeans.

"Ideally, I would like to interseed earlier for erosion control," says Biegler.

Interseeding too early can also be a problem. After two seasons using his local co-op to spinner-spread cover crop seed at V7, Jim Purfeerst, Faribault, Minn., likes the erosion control and soil health benefits. However, an inconsistent stand with a 60-foot spread in 2014 led to spreading every 30 feet in 2015. That bumped spreading costs from $7.50 to $12 per acre. This year glyphosate resistant weed control also took a bite out of results.

"In 2014 we had a Roundup herbicide program, but at the end of the season we had some ragweed come through," says Purfeerst. "This year we went back to a Halex program with residual, and when the cover crop roots hit the herbicide, it took out most of the grass. The broadleaves did better. Cover crops are still a good program, but next year we may need to delay seeding to avoid herbicide interaction."