Families are from Wisconsin, Pennsylvania and Tennessee. 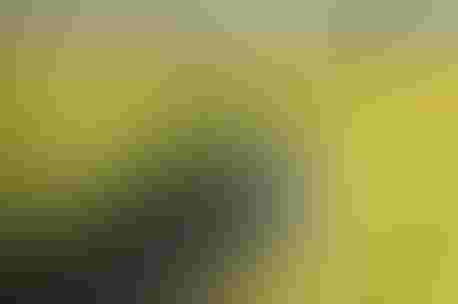 Regional winners of the 2016 Conservation Legacy Awards have been announced:

Each winner will be recognized at the American Soybean Association Awards Banquet on March 3, 2017, at Commodity Classic in San Antonio, Texas. During the banquet, one of the farmers will be chosen as the national winner.

A national selection committee, composed of soybean farmers, conservationists, agronomists and natural resource professionals, evaluated nominations based on each farmer’s environmental and economic program. The achievements of these farmers serve as a positive example for other farmers and helps produce a more sustainable U.S. soybean crop. This program is sponsored by ASA, BASF, Monsanto, Corn & Soybean Digest, the United Soybean Board/Soybean Checkoff and Valent.

Bensend family
For over 30 years now, Andy Bensend has been on an educational journey to developing an environmentally sensitive, yet highly productive, approach to farming.

A key to Bensend’s farming success has been the ability to restore productivity to land that has been depleted by erosion or other factors. “My strategy has been really quite simple,” Bensend said. “Number one is to reduce tillage. My goal is to eliminate tillage almost entirely. The second is to correct deficiencies. If we can use livestock waste, manure is a great way to correct some of those deficiencies.”

Bensend further explained that his next step is to restore soil quality. In the last five to seven years, Bensend has significantly increased the use of cover crops in his operation to achieve this objective. He also helped found a local group of like-minded growers in his area called Farmers of Barron County Watersheds, that helps promote use of cover crops and other valuable conservation practices.

“It is possible to be conservation minded and to do everything right from a soil quality and soil health standpoint without forcing yourself to operate at a loss,” Bensend said. He is convinced that a strong conservation mindset can actually boost the economic sustainability of a farm.

Masser family
The Masser family began farming in Pennsylvania when their family moved to this country from Germany in 1754. Today, this family operation, Sterman-Masser Inc., is the East Coast’s largest potato grower, packer, processor and shipper, handling more than 300 pounds of potatoes a year. In addition to 1,000 acres of potatoes, the family also grows 2,500 acres of corn and 1,000 acres of soybeans.

Sustainability has always been important to the Masser family and continues to be as Keith Masser hopes to pass on his farm to an eighth and ninth generation of the family, his grandkids. He implements a variety of practices on his farm to maintain soil health, including cover crops, no-till and farming in contour strips, which is very important when trying to farm the many side slopes in the Appalachian region. The Masser family also protects the water quality of nearby mountain streams by adding buffers, waterways and filter strips as needed on individuals fields.

“In the next 40 years, we have to feed twice as many people as we currently are feeding while our land base is going to remain unchanged,” Masser said. “We have to get more productive with the resources that we currently have in order to feed the people of the world.”

Griggs family
Matt Griggs’ great-great-grandfather started their family’s farming operation in west Tennessee in 1882. The farm continues to be a family run operation today with Matt, his wife Kelly, his sister Jocelyn and her husband Eric all playing a role in the operation.

Griggs explained that water is one of the biggest challenges in his part of the country. “We always get plenty of moisture, we just don’t’ get it at the right times,” Griggs said.

For the Griggs’ farm, the goal is to keep the water on the farm as long as possible and get most of it absorbed into the ground. In order to do this, Griggs follows a number of conservation techniques such as terracing, contour farming, and water retention basins. However, Griggs explained that the real improvements came as the result of his commitment to cover crops. He now plants a mix of five to seven different species of cover crops on 100 percent of his acres that are not planted with winter wheat.

“With cover crops, I am really starting to see improvements in my infiltration,” Griggs said. “I have documented a 600% improvement in infiltration rates behind cover crops.” When a summer thunderstorm drops a couple of inches of rainfall in 30 minutes, Griggs said that he can capture nearly all of it and store it. The Griggs family has an unwavering commitment to conservation.