The key takeaway from this article was agriculture needs farmers, who are among the most trusted citizens in our country, to tell the story of agriculture. 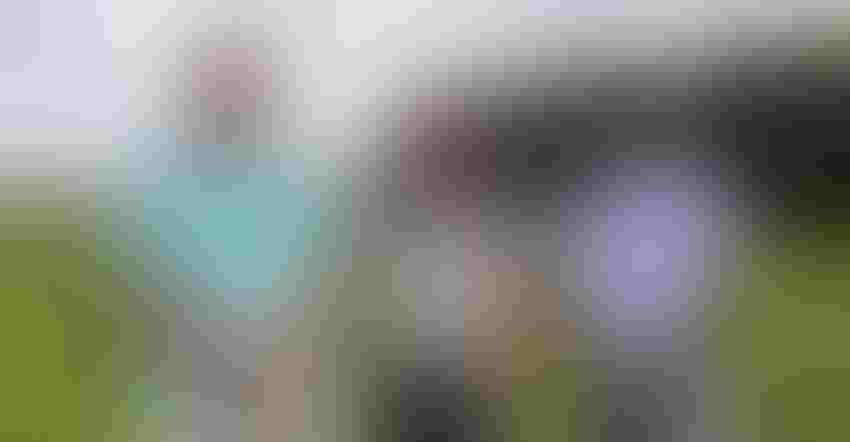 The Farm Babe, along with a group of food writers and social media influencers, travelled across south Georgia in late September at the invitation of the Georgia Peanut Commission. They were here to witness the peanut harvest and to learn more about peanuts.

Visiting the University of Georgia Tifton, Ga., Campus, they saw how the peanut industry and farmers invest in research to develop higher-yielding, disease- and nematode-resistant varieties and advanced technologies to improved irrigation strategies and further refinement in protection against diseases, weeds, and insects.

Using her social media presence, which includes nearly 20,000 followers on Twitter and 20,000 more on Instagram, Michelle Miller, the Farm Babe, is outspoken in her support of American farmers.  Being outspoken is in contrast to many farmers I know, men and women who are guarded in their words, preferring to let their success in growing crops speak for them.

I often pity news reporters as they hustle to find a farmer willing to be interviewed and to appear on camera.  Most farmers I know immediately shy away from such opportunities.  Said one of my closest friends in the farming community, “Bob, you know I will do anything for you.  You know I will.  But just don’t ask me to speak in front of a camera.” But as Michelle Miller knows, American agriculture NEEDS the American public to HEAR from the American farmer.

I recently read an article titled “Public Attitudes about Farmers and Farming: a Golden Opportunity.” The author notes that while most Americans (88% in one poll) trust farmers, only 20% have a “high trust” in modern agriculture and 50% only “somewhat” trust it.

The key takeaway from this article was agriculture needs farmers, who are among the most trusted citizens in our country, to tell the story of agriculture and explain how production practices align with societal values.

Farmers may not fully perceive the power of their voices to counter the misinformation spread by the misguided social media. Battling every day to grow a crop, growers may struggle to understand how the problems they face in feeding the country are so poorly understood and appreciated by the public at large.

Agriculture is scrutinized for its role in climate change, stress on water resources, planting of GMO crops, nutrient run-off, use of pesticides and the list goes on. These are important issues, but what seems to be missing from the debates and discussions is the voice of the men and women whose labor feeds and clothes this nation and this world.

On Aug. 18, 2021 the EPA announced the insecticide chlorpyrifos would be banned from use on food crops in the United States.  This followed a decision reached two years earlier by the US 9th Circuit Court of Appeals ruling requiring the EPA ban chlorpyrifos. When asked about this, Dr. Mark Abney, UGA Entomologist, replied, “For peanut growers in Georgia who are at high risk for rootworm or who have a history of burrower bug infestation, the loss of chlorpyrifos is very important. The economic impact of this decision is extremely difficult to quantify because the insects and the fruit are underground. For that reason, putting a dollar figure on the loss of chlorpyrifos is difficult. If, God forbid, we have an abundance of Seg 2 peanuts because of burrower bug feeding injury, we will easily be able to quantify that.”

On Aug. 30, 2022, it was announced Rep. Nydia Velazquez (D-NY, 57th District Brooklyn, Lower Manhattan, Queens) had introduced “The Ban all Neurotoxic Organophosphates from Our Food Act.” In the press release, Rep. Velazquez was quoted as saying, “The science has been clear for decades: this type of pesticides is a dangerous neurological threat to farmworkers and our children.”

Products that could be included in the ban are Folex, a cotton defoliant, and Thimet, a product important for the management of tomato spotted will in peanut. No one, least of all farmers, wants to see ANYONE harmed from the use of agricultural products.  However, as one who has devoted my career to the judicious AND safe use of chemicals in agriculture, I vehemently disagree with political legislation as THE process to determine which products can be used by farmers and which cannot.

As long as the American public has easy access to food and has never known real hunger, it will be difficult to focus attention on the problems faced by American farmers.  It continues to be increasingly important that it is not just the Food Babe’s voice, or Bob’s voice, but also the trusted voices of farmers that are heard in Washington and across this country to protect agriculture that feeds and clothes the world.

Kemerait is the agronomic plant pathologist for the University of Georgia Extension and contributes monthly to Southeast Farm Press.