How to determine which cows to cull during a drought. 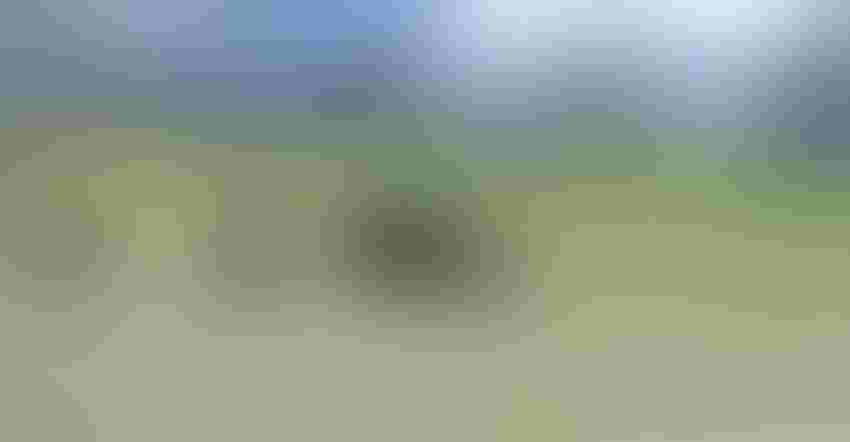 PASTURE PROBLEMS: Cattle producers are facing a shortage of pasture grass, as the state is in the throes of a hot, dry summer that started in May and has not let up.

Which animals to cut
Here is Bailey’s list of points to consider to help think through the tough decision of culling cattle during a drought:

• Poor performers. The first cut is simple, Bailey says. Even the best herds have poor performers that need to be culled. Sell cows not pregnant or nursing. There is no feed for freeloaders when forage is short.

• Undesirable characteristics. “Next, cull lactating cows with bad disposition, bad eyes, bad feet or bad udders,” Bailey says. “Now’s the time to remove cows with blemishes, or poor-doing calves.
“Everyone has a cull list,” he adds. “But they hesitate to act if a cow has a calf.” Some culling helps even in good years. Culling poor cows improves herd averages.
The goal: Keep best genetics in the herd as long as feasible.
Downsizing goes beyond simply getting rid of bad cows.

• Age. Another strategy calls for splitting a herd into young and old females. Sell one of the groups. Two- to 4-year-olds may have superior genetics, but older cows show success in the farm’s management.

Prepare for forage
The level of destocking can differ from farm to farm in the same neighborhood. Rainfall patterns vary greatly. At the recent spring sales of Show-Me-Select heifers, farmers frequently told how they received rain, while farms a few miles away had none.

Bailey points out that in typical years, two-thirds of forage yield comes in spring growth. One-third comes in fall growth. That’s when winter stockpiling should happen.

Most producers already face hay shortages. Many have no reserves. Also, hay growth this year falls well below normal.

A big long-term problem will be winter feed, he says.

A 50% cut ahead of fall forage growth may allow stockpiling pastures for winter grazing. That cuts feed buying, but depends on a return of rainfall.

The main advice is to plan downsizing, he says. Management improvements, such as shorter breeding seasons, not year-round calving, can benefit.

For optimists, drought-induced culls can be beneficial. It forces decisions and management.

To clarify thinking, Bailey offers a final thought: “Producers who last longest in cow-calf businesses are not those who make the most money in good years. They are those who lose the least in bad years.”