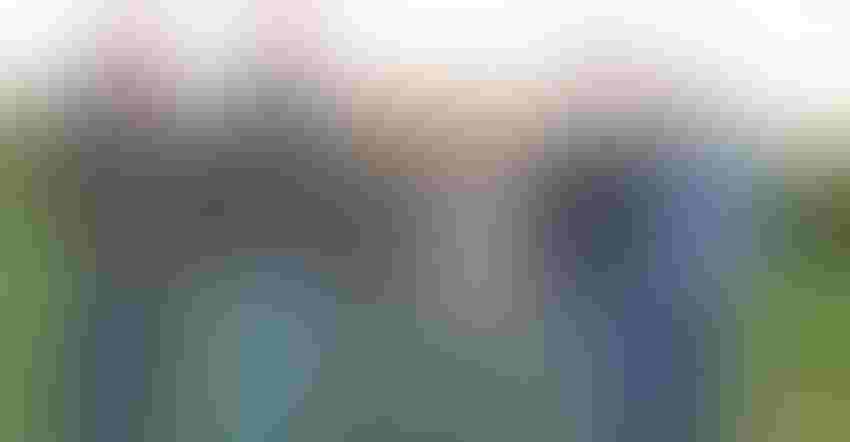 TEAM EFFORT: “Family first” and “team first” are one and the same at Steinbecker Livestock, where everyone works to ensure that both the cattle and land are healthy in the farming operation. From left are Mark Steinbecker, Dave and Doris Steinbecker, Chelsea Kirn, Cole Steinbecker and Bill Taylor.

David Steinbecker Jr. of Perryville, Mo., is the winner of the prestigious 2017 National Beef Stocker Award. The honor is sponsored by BEEF magazine — a sister publication to Missouri Ruralist — and Zoetis. The award recognizes excellence and innovation in the stocker sector of the beef cattle industry.

In Steinbecker’s case, excellence comes from his focus on cattle health, while also improving the soil and water quality on his operation. 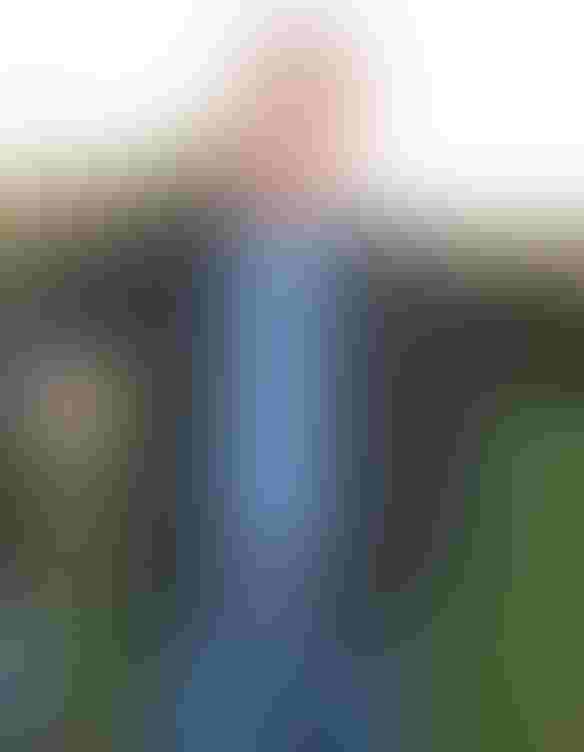 “We want to make their new home as close as possible to their old home or better. We try to think through what might make a new calf more comfortable,” Steinbecker explains. “We like to start them on feed similar to what they were eating before to benefit their health overall.”

Animals perceive care
Along with carefully designed animal health and nutrition programs, Steinbecker and his crew emphasize low-stress cattle handing at every stage.

“Animals know if you care. It’s just trying to make things for the cattle as friendly as possible,” Steinbecker says.

Steinbecker added monoslope barns to his production strategy several years ago, which allows him to provide enhanced animal care. Ultimately, manure from these barns is tested for its nutrient value and then spread on farmland and pasture ground, carefully matching application to soil nutrients.

Cover crops are the other primary tool Steinbecker employs in his quest to continually improve soil and water quality. On the one hand, additional organic matter from the cover crops improves soil health. At the same time, this matter provides natural filtration to rainwater running from the land into creeks and streams. Most of these riparian areas are fenced off from cattle access.

“It’s the right thing to do. We’ve got to do something for the next generation,” Steinbecker says.

Team first
Steinbecker is quick to credit his team with the operation’s ongoing improvement.

“Any success we have comes down to the people we’ve surrounded ourselves with,” Dave says. “We can’t do anything without them.” The team includes Dave’s wife, Doris; son, Cole; brother, Mark; and employees, Chelsea Kirn and Bill Taylor.

Steinbecker will receive the National Beef Stocker Award during the annual convention of the National Cattlemen’s Beef Association in January.

Ishmael is a contributing editor to BEEF magazine, a sister publication to Missouri Ruralist.