The 54 counties in the state’s disaster zone have at least 1.2 million beef cows. 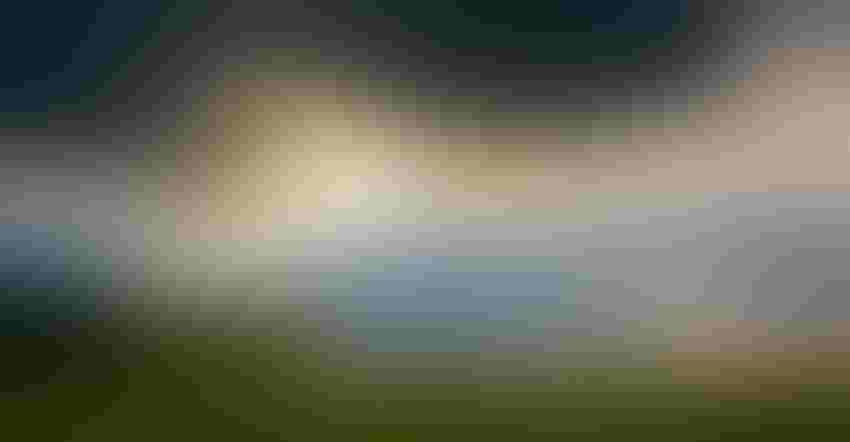 A deluge of rain from Hurricane Harvey is soaking Texas pastures, leaving some cattle stranded in floodwater in the state that leads the U.S. in beef production.

At least 25 inches (64 centimeters) of rain fell at Wendt Ranches near Bay City, Texas, prompting floodwaters to start rising quickly on Sunday, said rancher Gene Kubecka, 61. Water was waist-deep in some areas, and Kubecka used a tractor to drive through the washed-out area and move 600 head of cattle to higher ground. The area is north of Rockport, Texas, where Harvey made landfall on Aug. 25.

The 54 counties in the state’s disaster zone have at least 1.2 million beef cows, according to the latest government statistics, said David Anderson, a livestock economist at Texas A&M University. It’s too early to gauge the storm’s impact, he said. Cattle futures on the Chicago Mercantile Exchange rose as much as 2.6% on Monday, reaching the highest in almost three weeks.

“The water started rising, and within about two to three hours, we went from ‘OK’ to ‘we have to do something real quick,’ ” Kubecka said Monday by phone. “We’ve never had this much rain on the ranch.”

Flooding is expected to have a significant impact on ranchers in rural areas outside Corpus Christi and Houston, said Jeremy Fuchs, spokesman for the Texas and Southwestern Cattle Raisers Association. So far, it’s been difficult for ranchers in the area to get onto the pastures and assess damage because some roads are impassable and it’s still raining, he said.

Harvey drenched Houston, the fourth-largest U.S. city, with as much as 30 inches of rain. More than 30,000 people will need shelter as a result of the storm, according to a government estimate. The downpours are forecast to last through the week. The storm sent ripples through agriculture markets as cotton crops and coffee stockpiles were also threatened by the floodwaters.

Sanderson Farms Inc., the third-largest U.S. chicken processor, shut its plant in Bryan, Texas, after several roads were “impassable, making it difficult to get to farms” and ship product from the facility, Chief Financial Officer Mike Cockrell said Monday in an email . The company is filling orders from other plants. Dean Foods Co. said it closed an area factory that makes fluid milk products, juices and teas.

The Texas Animal Health Commission hasn’t been able to assess conditions yet because of the rain and flooding, said Thomas Swafford, the group’s spokesman. It’s hard to say how much of an impact the “catastrophic flood and storm” will have on livestock until crews head out as early as tonight, he said.

“A significant amount of cattle raisers have been impacted by this,” Fuchs of the Texas industry group said Monday by phone from Austin. “We suspect there are going to be lots of fences down, lots of cattle out and lots of work to be done to rebuild the infrastructure and recover those animals.”

There’s at least a foot of standing water on pastures owned by rancher Ray Law, 53, who has 100 head of cattle on his farm 20 miles (32 kilometers) east of downtown Houston. He has been unable to round up the animals amid heavy rain, he said by phone on Monday. About half of his 70 chickens died after a pen flooded, and “it was raining so hard I couldn’t get in there to get them out,” he said. Some of his cows are stranded in the floodwater.

The pasture land is “high enough that they’re not going to drown, but they’re not happy,” with some of the cows probably in water up to their knees, he said. “You can’t go round them up in this kind of stuff. They just have to take care of themselves and hope for the best.”

--With assistance from Shruti Date Singh and Megan Durisin.To contact the reporter on this story: Jen Skerritt in Winnipeg at [email protected]

To contact the editors responsible for this story: Millie Munshi at [email protected]