Trump has called WTO the 'worst trade deal ever' and his trade chief supports this view. 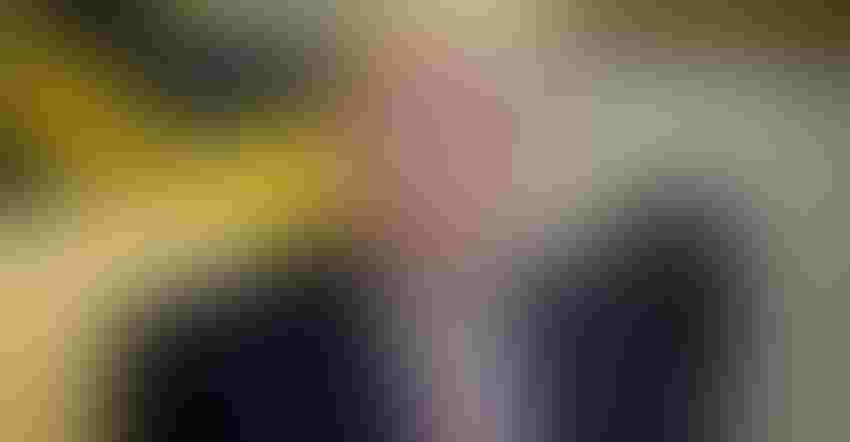 President Donald Trump has never been a fan of the World Trade Organization.

For years Trump has called the Geneva-based body the “worst trade deal ever” — largely because he believes the WTO helped China gain a competitive advantage over the U.S. and precipitated the loss of thousands of American jobs.

Trump’s trade chief, Robert Lighthizer, supports this view and has expertly poked at the organization’s weaknesses.

Under Lighthizer’s stewardship the U.S. has:

Collectively, these actions have thrust the WTO into the most acute existential crisis of its 25-year history.

But Trump may not be finished yet.

U.S. withdrawal from the pact would effectively block most foreign, non-defense contractors from bidding on American public tenders. In turn, a wide range of U.S. businesses would lose access to a nearly $900 billion procurement marketplace offered by the GPA’s other 47 members.

Perhaps an even bigger blow would be a plan Trump insiders are said to be mulling to reset American tariff commitments at the WTO by increasing the tariff ceilings — or bound rates — agreed to by previous administrations.

The move stems from the Trump administration’s long-held frustration with the WTO’s principle of most-favored-nation (MFN) nondiscrimination, which requires members to offer the same tariff rates equally to all of the organization’s 164 members. In essence, MFN is the cornerstone of the WTO — and undermining it risks tipping over the entire ant farm.

“President Trump sees it only as a constraint on his ability to strike quick-and-dirty deals,” said Chad Bown, a senior fellow at the Peterson Institute for International Economics. “But take away MFN, and suddenly the entirety of benefits that the WTO provides begins to unravel, including those that Americans have enjoyed for decades.”

On one hand, these kinds of salvos against faceless bureaucrats in Geneva will be an easy sell at home for Trump’s core voters during an election year.

But defenders of the rules-based global trading system say dismantling it would cause a severe shock to the American economy. They argue that despite its flaws, the WTO provides businesses with the certainty to trade and expand their operations internationally. Ultimately, the results are robust export industries that create good jobs, and for consumers, diverse and low-cost products moving around the world.

Of the changes Trump is considering, John Murphy, the senior vice president for international policy at the U.S. Chamber of Commerce said: “This could be a real case of ‘you’re gonna miss me when I’m gone.’”

I'm really into you.

If there's a product requirement

"Let's break down these barriers,

If we address these specific trade concerns,

I can send some chocolate to you." #wtotbt#TradeValentines

Data published on Friday show the European Union’s trade surplus with the U.S. expanded yet again last year, providing additional fodder to Trump’s list of grievances against the bloc. Its surplus with the U.K. and Switzerland also increased, while its deficit with China widened.

Stagnant Germany | Europe’s largest economy flatlined at the end of 2019, leaving it in a weakened state even before the emergence of the new coronavirus threat.

E-commerce warning | Alibaba warned that the coronavirus responsible for more than 1,300 deaths in China is exerting a fundamental impact on the country’s economy.

Rising tensions | The U.S. raised the stakes with Huawei, using a law associated with prosecuting mafia figures to claim the Chinese telecom giant engaged in decades of intellectual property theft.

Aluminum fight | The EU threatened to impose tariffs on aluminum extrusions from China after EU-based producers said trade protection was needed to save jobs in the bloc.

Seizing an opportunity | With Boeing’s 737 Max grounded, Airbus can’t build planes fast enough after supplying more of them than its U.S. rival last year than any time in their 45-year battle.

China spillover | Charting the impact of the coronavirus — a special report from Bloomberg Economics.

Britain’s departure from the EU on Jan. 31 marked the start of a new, more complex phase of the negotiations.