The crisis is buoying natural gas prices in Europe, delaying wind farms in Asia and could soon hit your instant coffee. 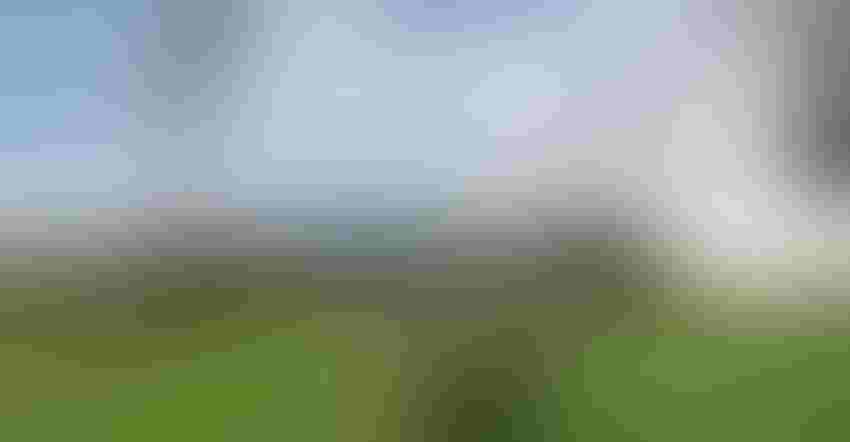 The Taiwan-owned MV 'Ever Given' (Evergreen) container ship, a 1,300-foot-long vessel, is lodged sideways and impeding all traffic across the waterway of Egypt's Suez Canal, on March 26, 2021. Tugboats and dredgers were working to free the giant container ship.AFP/GettyImages

An abrupt starboard turn in the Atlantic Ocean is the perfect illustration of the trade disruption caused by the blockage of one of the world’s most important waterways.

The Marlin Santorini, a tanker capable of carrying 1 million barrels of oil, switched destinations away from the Suez Canal, turned south and appears to be heading around Africa.

The diversion could add about 6,000 miles to the ship’s journey and something like $300,000 in fuel costs, but it’s just one of hundreds of individual setbacks suffered this week by vessels that carry everything from raw materials to finished goods around the world.

Swedish furniture giant Ikea and yellow bulldozer-maker Caterpillar Inc. are among the many international companies facing supply-chain headaches. The crisis is buoying natural gas prices in Europe, delaying wind farms in Asia and could soon hit your instant coffee.

With the container ship Ever Given likely to remain stuck in the Suez Canal until next week, it’s only the start of the rearranging of global trade.

“If it can’t be resumed in a week, it will be horrible,” said Mark Ma, the owner of Seabay International Freight Forwarding Ltd., a company that handles Chinese goods sold on platforms such as Amazon.com Inc. and has 20 to 30 containers on the ships waiting to transit the canal. “We will see freight fares spike again. The products are delayed, containers can’t return to China and we can’t deliver more goods.”

The crisis comes as companies are already battling the strain of adapting supply chains to cope with a pandemic-related e-commerce boom. Covid-19 regulations at ports are slowing the passage of some products. While consumers and companies have weathered these problems, the Suez incident promises fresh headwinds and higher costs in the weeks ahead, particularly in Europe.

P&F Industries Inc., a U.S. maker of pneumatic hand tools, said the Suez shutdown exacerbates delays to trade that have caused the firm to add six to eight weeks to expected delivery times. Germany’s Enercon GmbH expects delays in the shipment of wind turbine components from Europe to projects in Asia, a spokesperson said. Ikea said it’s considering all options to ensure availability of products such as flat-pack beds and couches, while Caterpillar is said to be considering airlifting products if necessary.

“The delays are likely to increase costs, adding to already widespread inflationary pressure on supply chains,” said Chris Rogers, lead trade analyst for S&P Global Market Intelligence’s Panjiva. “The short-term ripple effects will be an increased potential for stock-outs in consumer goods and the risk that just-in-time manufacturing supply chains that had already been roiled by Brexit and commodity shortages may face further interruptions.”

The task of re-floating the 200,000-ton container ship called Ever Given, which is still firmly wedged across the vital maritime trade route, will require about a week of work and potentially longer, said people familiar with the matter, who asked not to be identified. Rescue efforts had initially been expected to last only a couple of days.

Work by tugs and diggers has so far been unsuccessful. As the rescue teams toil away, the waiting queue of oceangoing carriers loaded with billions of dollars worth of oil and consumer goods has risen to more than 300 from 186 on Wednesday, according to Bloomberg data.

On Friday at the canal, it was a clear day and the line of tankers queuing up to get into the waterway was visible from the shore. People from the neighboring area came out to have a look at the 400-meter (1,300-foot) container ship, which dwarfed the palm trees along the shore and made the dredger behind it look like a toy.

Should cargo need to be unloaded from the stranded vessel, or extensive repairs made to the canal itself, “then the downtime could certainly last at least two weeks,” according to Randy Giveans, senior vice president of Equity Research for Energy Maritime at Jefferies LLC. The Ever Given could hold almost $1 billion of goods, according to IHS Markit Ltd.

NEW FROM SUEZ: Footage from the canal shows the scale of the #EverGiven blockage.@emmarossthomas reports on what's stuck https://t.co/3ya4aKlt6X pic.twitter.com/hmWvStcZWO

The halt of traffic through the Suez Canal is dealing another blow to global supply chains that were already suffering.

The world’s biggest flow of merchandise -- between China and the U.S –- has faced nearly five months of bottlenecks at the ports of Los Angeles and Long Beach. Importers have been waiting several weeks for arriving cargo, with the knock-on effect that exporters are unable to secure empty steel boxes needed to deliver their shipments abroad.

The fear now is that the Suez incident will exacerbate Europe’s logistical challenges, resulting in canceled sailings, container shortages and higher freight rates.

Vessels that had been scheduled to traverse the Suez Canal are beginning costly and time-consuming detours around Africa as the shipping sector scrambles to keep deliveries moving. South Korea’s HMM Co. instructed a container ship that departed the U.K. on Monday to divert around the Cape of Good Hope to avoid the gridlock.

At least seven liquefied natural gas vessels have had routes adjusted away from the canal, according to Kpler analyst Rebecca Chia, and major shippers including A.P. Moller-Maersk A/S and Hapag-Lloyd AG are also studying detours. Shipping costs are also surging -- the price of sending a 40-foot container from China to Europe has almost quadrupled from a year ago.

The prospect of a long blockage has already boosted European natural gas prices, as cargoes laden with the liquefied form of the fuel destined for the region face delays. About 2 million barrels a day of oil flows are being held up, according to Braemar ACM Shipbroking.

Bulk carriers that ship products from coffee to iron ore have also been snarled up, potentially limiting the availability of some foodstuffs.

“The global food system is already under pressure from Covid,” Tim Benton, research director in emerging risks at Chatham House in London and a food security expert, said in an interview. The trade disruption “adds a further straw to the camel’s back.”

A list of cargo aboard a HMM Co. vessel waiting outside the canal to return to Asia gives an indication of the sweep of industries caught up in the disruption, with goods on board including wood, machinery, frozen beef, paper, powdered milk, furniture, beer, frozen pork, auto components, chocolate, and cosmetics.

Ships currently outside of the Red Sea planning to use the Suez Canal will need to decide whether to reroute around Africa, adding 10 to 15 days to their voyages, according to Giveans. Ships queuing on either end of the Suez Canal area are likely to wait to determine how long the passage will be closed before taking a decision to divert, he said.

Even after the huge challenge of re-floating the Ever Given is finally overcome, logistical problems may continue to ripple out across the world.

“European terminals will be hit by a surge of container volume that will temporarily overwhelm their handling capacity,” said Greg Knowler, senior European editor at JOC, which is part of IHS Markit. “Rotterdam and Antwerp expect ship-wait times to lengthen, and expect it will take longer to handle ships and clear containers from the yards. Businesses will have to wait longer for their imports.”