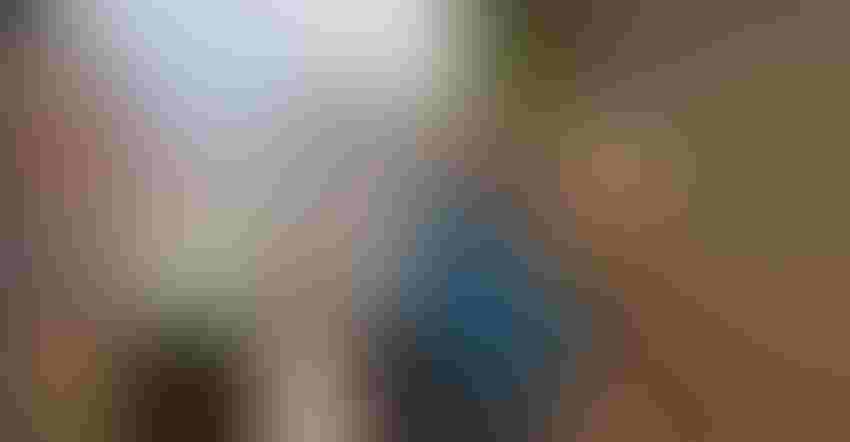 “It’s alarming,” says Kara O’Connor, government relations director for the Wisconsin Farmers Union (WFU), which partnered with the National Farmers Organization and Holstein Association USA to host nine meetings across the U.S. called the Dairy Together Roadshow. In Michigan, about 75 people attended the April 9 meeting in St. Johns.

The flood of milk on the market has contributed to a downward spiral in dairy prices and the quality of life for dairy farmers across the country.

The loss of dairy farms has not meant a reduction in milk. The USDA recently announced a milk production forecast of 219.7 billion pounds for 2019, an increase of more than 2 billion pounds over 2018 production.

The Dairy Together campaign presented both short- and long-term options to curb the loss of small and midsized dairy farms affected most severely.

At the heart of it all is a different way to price milk that would discourage expansion of milk production and create price stability. It’s also about changing a mentality, O’Connor says.

“We shouldn’t be looking at just pounds of milk, but also the dollars in our pockets,” she says. “It has cost us in how we measure our success. No one expects us to starve to feed the world. Production is not our challenge — we need to be open to supply management.”

WFU President Darin Von Ruden says, “The plans move the industry away from consolidation and help level the playing field so independent farmers have a fighting chance. Things can be different, and there’s more than one approach — it just needs to be fair.”

To provide immediate financial relief — and to aid rural economies, the environment and food security — WFU is proposing emergency relief payments to farmers.

Recognizing that smaller farms have a higher cost of production than large dairies, WFU proposes the Family Dairy Farm Relief Act as a lifeline. It bases payment per hundredweight on the number of cows. The operating cost for the largest farm would serve as a baseline and then an “operating cost imbalance” would be figured for each tier. As an example, a 2,000-head dairy would not receive emergency payments, while a 200- to 499-head dairy would receive $2.32 per hundredweight, and a 50-cows-or-less operation would receive $4.21 per cwt, based on 2017 USDA data.

The program would be voluntary, and emergency relief payments would be calculated and disbursed through local Farm Services Agency offices.

The program requires annual payments to farmers of $2.8 billion and is based on the Maine Dairy Relief Program, which a 2018 academic study found to financially benefit farmers by reducing the number of farms exiting dairy.

Dairy Together encourages farmers to become better informed of price stabilization options and to contact legislators.

Included in the 2018 Farm Bill is a new dairy insurance program designed to send larger payments to milk producers based on margin protection. Dairy Together doesn’t think it’s enough to stop the mass exodus and that programs proposed in the 2014 Farm Bill — and ultimately axed by Congress — provided more incentive to balance production with market demand.

To take a closer look, WFU asked dairy economists Charles Nicholson from Cornell University and Mark Stephenson from the University of Wisconsin-Madison to study what effect those programs would have made.

They compared three dairy price plans, two that focused on price stabilization and one that offered margin protection.

The ag economists looked at the plans’ effect on actual and predicted market conditions from 2014 to 2020. One price stabilization plan was operated continuously throughout the year, and the other one was triggered by a milk-to-feed ratio. Both involved the establishment of a market access fee pool. Farmers would have either paid or received money from that, depending on how much milk they market each year.

Under the ag economists’ scenarios, if a farm expanded production, it would pay 0.015 cent to $3 per cwt into the market access fee pool. If a farm didn’t ship more milk in a given year, it would receive a payment from the pool ranging from $1.50 to $1.88 per cwt.

Both stabilization program scenarios allowed for an annual milk production increase based on market demand, ranging from −3% to 3%.

The economists found that both stabilization programs would have significantly reduced government expenditures, while doubling farmers’ net farm operating incomes and saving hundreds of dairy farms over the past four years. There was virtually no effect (11 cents) on consumer prices. “And, it did take into consideration free trade agreements. This was not about throwing up walls to trade to get those results,” O’Connor says.

The margin protection program was found to not have much effect on milk prices, net farm income or dairy farm exits between 2014 and 2018.

“The takeaway message is that the current catastrophe we are in with dairy could have been avoided,” O’Connor says.  “But that also means that we can create a brighter future by adopting some of these smart, common-sense policies. Farmers are telling us, again and again, what they want from a long-term fix is a fair price from the market. That means giving farmer incentives to balance supply and demand.”

One of the misconceptions is that farmers wouldn’t be able to expand or innovate, O’Connor says. “That’s not the case.”

The plans would require all milk in the U.S. to be pooled and regulated by a federal order, requiring congressional approval.

WFU said it would continue to advocate for milk pricing reform and, ultimately, the profitability and viability of U.S. dairy farmers. “What we are finding, as farmers see the real facts, they come on board,” O’Connor says. “We’re not talking about the Canadian system. This is a uniquely American approach.”

Read more about Dairy Together at dairytogether.com.