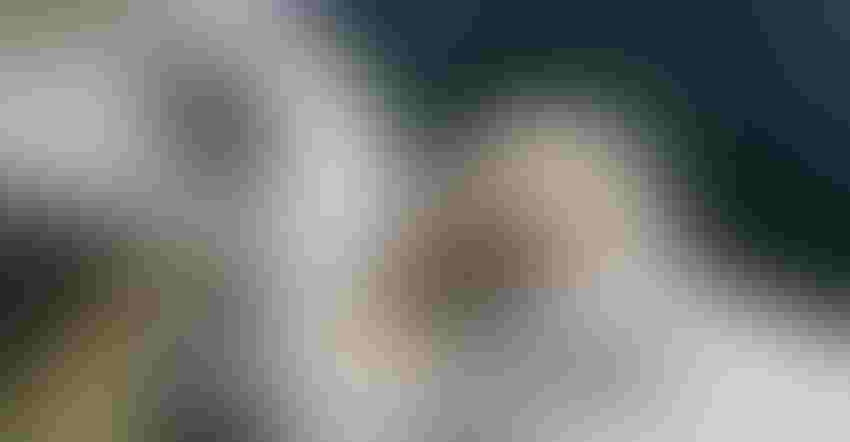 Alabama State Veterinarian, Dr. Tony Frazier, confirms that a flock of chickens at a commercial poultry breeding operation located in Pickens County and a backyard flock located in Madison County have both tested positive for low pathogenic avian influenza (LPAI).

During routine screening, a commercial company collected samples from their Pickens County flock and submitted them to the Alabama Department of Agriculture and Industries State Diagnostic Laboratory located in Auburn, Alabama. These samples, suspected positive for avian influenza, were forwarded to the USDA National Veterinary Services Laboratory (NVSL) in Ames, Iowa. NVSL confirmed the commercial flock is positive for LPAI. This commercial flock has been placed under quarantine. While this is different from the highly pathogenic avian influenza (HPAI) virus that has been found recently in the United States, control measures are under way as a precautionary measure.

In addition to the suspected case in Pickens County, a backyard flock located in Madison County has also been confirmed positive for low pathogenic H7N9 avian influenza (LPAI) by NVSL. Surveillance zones have been put in place surrounding the locations in both Pickens and Madison counties.

Results have been received from the USDA National Veterinary Services Laboratory (NVSL) in Ames, Iowa on the sample collected from a guinea fowl at the TaCo-Bet Trade Day flea market in Scottsboro, located in Jackson County, Alabama. The sample tested positive for low pathogenic H7N9 avian influenza (LPAI). The premises of origin for the guinea fowl, also located in Jackson County, Ala., is under quarantine and continued surveillance. The guinea fowl in question have been depopulated.

Testing is still ongoing of samples submitted to NVSL from the other two premises in north Alabama, the commercial breeder flock in Lauderdale County and the backyard flock in Madison County. Out of an abundance of caution, the company decided to depopulate the entire flock at the commercial breeder operation in Lauderdale County and the birds were buried on the farm. The depopulation was not required but a decision made by the poultry company. The entire backyard flock in Madison County was also depopulated at the owners request. According to USDA, both cases are considered presumptive low pathogenic (LPAI) avian influenza because neither flock showed signs of illness.

Alabama, one of the leading U.S producers of chicken meat, is investigating suspected cases of bird flu in three northern poultry flocks and has introduced some restrictions on the transportation of birds.

A commercial chicken-breeding farm in Lauderdale County and a backyard flock in Madison County are among the facilities under investigation, the Alabama Department of Agriculture & Industries said in a statement Tuesday (March 14). The state is also probing a flea market in Jackson County and has issued an order limiting the movement of some poultry.

The move comes after one neighboring state, Tennessee, reported bird flu last week near the Alabama border. Highly pathogenic bird flu -- which can be deadly to domesticated poultry -- was found in a commercial chicken-breeder flock in Lincoln County on March 5. The farm was a supplier to Tyson Foods Inc., and the flock was destroyed to prevent the spread of the virus. Later last week, Tennessee said low-pathogenic bird flu, the less contagious form, was also found in a commercial poultry flock in Giles County.

The U.S. southeast was largely spared during the last major American outbreak, which affected turkey and egg farms in the Midwest and led to the death of more than 48 million birds through mid-2015, either from infection or culling.

“Following the 2015 avian influenza outbreak in the Midwest, planning, preparation and extensive biosecurity efforts were escalated in Alabama,” John McMillan, Alabama’s commissioner of agriculture and industries, said in the statement. “Our staff is committed to staying actively involved in the avian influenza situation until any threats are addressed.”

The outbreaks pose a low risk to human health, according to the Centers for Disease Control and Prevention.

USDA Tests
The U.S. Department of Agriculture hasn’t yet confirmed the Alabama findings, according to Lyndsay Cole, a spokeswoman for USDA’s Animal and Plant Health Inspection Service. Samples from two of the suspect cases are currently being tested at the agency’s National Veterinary Services Laboratories, with the third expected to arrive Tuesday.

No significant mortality was found among the birds in the Lauderdale County commercial operation, Alabama’s agriculture department said. The detections were found during routine surveillance of poultry. Tyson spokesman Worth Sparkman said there are no known bird-flu cases on any of the farms that supply the company.

The order restricting movement of poultry in the state applies to bird traveling to flea markets, auctions and any types of exhibitions, according to Ray Hilburn, associate director of the Alabama Poultry & Egg Association.

South Korea banned imports of all U.S. poultry following the Tennessee bird-flu findings, according to its agriculture ministry. Other importing nations restricted imports from affected areas of the state, USDA data show.

Alabama was the third-largest U.S. chicken-producing state by volume as of 2015, with output of 6.17 billion pounds, USDA data show.

Countries across Europe and Asia are also grappling with bird-flu outbreaks this year.

--With assistance from Shruti Date Singh.