Award honors Iowans who’ve had a major impact on the Hereford cattle breed. 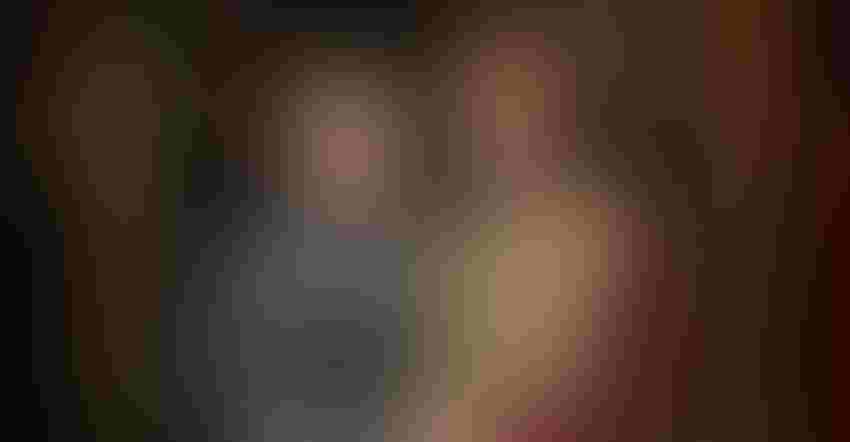 Eastern Iowa farmer LeRoy Jackson of Jackson Hereford Farms at Mechanicsville is the newest member of the Iowa Hereford Hall of Fame. He was honored at the Iowa Hereford Breeders Association’s banquet during the 2019 Iowa Beef Expo.

The name “Jackson” has been synonymous with high-quality Hereford cattle for generations, with the beginning of the herd dating back to the 1890s. Brought up in a family Hereford operation, LeRoy followed that path. But over the years he has made his own mark in the Hereford breed and in his involvement with both youth and adult activities in Iowa.

LeRoy bought his first show heifer at the state Hereford sale, and for many years raising and showing Herefords was his pastime and passion. The first year he showed in 4-H was1951 when he exhibited the champion Hereford steer at the Cedar County Fair. In his early years, LeRoy showed in local, state and national shows, and had a division champion and champion Hereford carcass steer at the Chicago International Livestock Show.

Helped youth get interested in cattle
LeRoy and wife Joyce were partners in the business and in life for 44 years. While raising their family, summer activities were centered around the cattle and junior shows where their children Brian, Brad, Craig and Nicole participated. LeRoy and Joyce were committed to guiding and supporting not only their own children, but also all youth. A 4-H leader for many years, LeRoy was eventually awarded the Diamond Clover, marking 20 years of 4-H leadership.

LeRoy and Joyce were presented a certificate of appreciation for their assistance given to the Lincoln FFA chapter in 1985. Serving as advisers for the Iowa Junior Hereford Association for many years, they were presented the Honorary Member Award in 1990. That strong support to Hereford youth continues today, as LeRoy and the Jackson family sponsor the Buell and Helen Jackson Memorial Scholarship annually to a deserving young member of Iowa Hereford Breeders Association.

Raising Herefords for 5 generations
LeRoy has spent his life actively managing the Jackson Hereford herd with his family’s help. He’s the fourth generation involved with the herd, and the fifth generation is active with it today. The family has continued to seek ways to produce high-quality cattle, raising the bar of quality and efficiency. For many years he consigned cattle to the Iowa Winter Beef Expo, dating back to 1976, first year the expo began.

LeRoy served on the Iowa Hereford Breeders Association board of directors and is a past president. Active in many other support roles, he was on the Kirkwood Community College Beef Advisory Board and Cedar County Cattlemen’s Association board.

Over the years he has had many judging appointments across Iowa, Wisconsin and Illinois; the National Cattle Congress in Waterloo; and the Muscatine, Jackson, Clayton, Jones and Scott county fairs in Iowa. He was a member of the Iowa National Guard.

“LeRoy’s Hereford roots run deep, his passion is strong, and his dedication to helping mold the direction of our industry and youth has been monumental,” says Marilyn Lenth, president of the Iowa Hereford Association.