Winter wheat is still the most important small grain grown in North Carolina, but researchers at North Carolina State University are looking to other small grains such as flax, malting barley and winter canola to broaden rotations in the state. 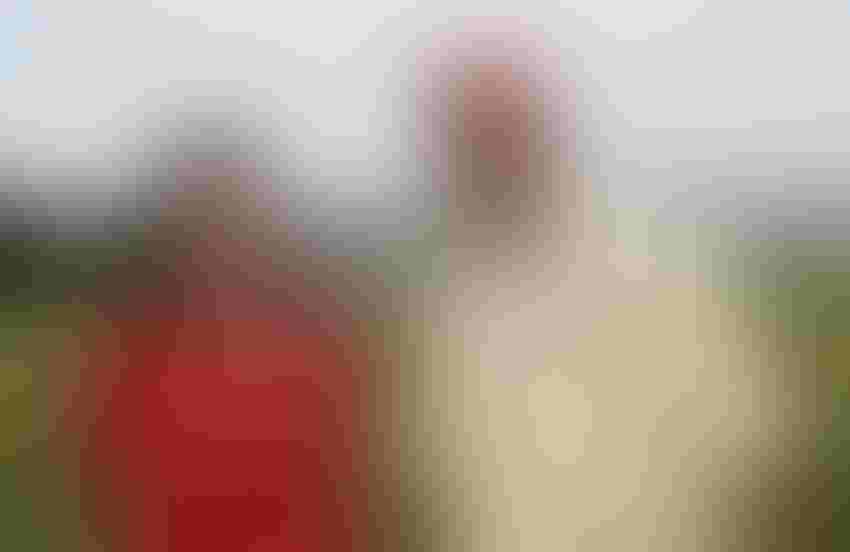 Winter wheat is still the most important small grain grown in North Carolina, but researchers at North Carolina State University are looking to other small grains such as flax, malting barley and winter canola to broaden rotations in the state.

N.C. State is conducting a population study of flax at Salisbury.  “If we’re going to plant flax, we have to determine if we can grow it, what does it yield and how many seeds do we plant,” Post said at the field day.

Perdue provided the Golden Flax seed and Post notes that the crop was planted later than planned, but it still looks good. “We planted it in the middle of November, which is a late planting,” she said. “It’s commonly planted at that time in Texas and the Southwest so we gave it a shot and planted it here. It turned out pretty beautiful.”

Researchers planted 15 to 30 pounds of seed per acre. “Unless you count the stems, you can’t really see a big difference. We will see what yields look like and determine what is a good population to look at in North Carolina,” she said.

Related:I lost my cotton stand. Can I replant soybeans?

Flax would be a human consumption, value-added crop and would be grown for whole seed, seed meal and oil. Post notes that currently there is no valid marketing potential for flax at this time, but that should come in time. The flax study is a first look at growing the crop in North Carolina.

“Certainly the acres that are going to be needed for this in the state are going to be quite low when it comes to what can go into a malt house and actually be processed in the course of a year. There are three fairly large malting houses in the state, one in Durham, one in Statesville and one in the mountains,” she said.

N.C. State is conducting malting barley research at four locations across the state and Post says all of the sites so far look very good. Six varieties were planted for the study this year and will be expanded to 10 to 12 varieties next year. Promising varieties will be included in N.C. State’s Official Variety Test.

“The biggest issue is many of our barley fields at this point have been grown for feed. We plant it and we we’re not expecting a high price so we don’t put a lot of inputs into it. If you’re going to grow barley for malt, it really has to be treated as if it were a certified seed crop. And the reason is if it won’t germinate, your malter doesn’t want it. He’s not going to pay you for it. And if he does pay you and it won’t germinate, then he’s going to really mad and he isn’t going to buy it from you again,” Post emphasized.

N.C. State is also looking at winter canola this year. The canola would be used for canola oil while the canola meal would go mostly to animal feed, which is an approved additive for most livestock feed. Post said North Carolina farmers can expect a yield of 40 to 50 bushels per acre for winter canola.

Canola produces a bright yellow flower that bees really love and Post notes that pods are going to mature at differing rates. “Harvest is one of the most challenging things to deal with in this crop and being able to target a harvest timing where we can get mostly mature seed but not have our seed shatter out onto the ground,” she explained.

Insecticide timing will be critical because the crop is so attractive to bees.

“It is really important to follow your insecticide labels carefully with this crop and not be spraying during bloom because if anybody was at the Salisbury Research Station when this was in full bloom, this whole field would buzz and hum. That’s how many bees were out here, seven or eight species of bees were feeding in this plot during the time it was flowering,” she said

Winter canola is an indeterminate crop which is a good thing when it comes to late spring freezes.

“If a wheat head aborts during a freeze, we don’t’ get another wheat head out of that tiller. We have to wait for another tiller to come on and it usually puts on a shorter head and we get about a third of the grain production on those secondary tillers,” she explained.

“When we talk about canola, if we get a freeze during flowering the flowers that are opened during that night abort and then it turns up the next day and puts on some more flowers. And if we get a freeze two or three nights later the ones that are open abort and it turns up and it grows and it puts on some more flowers so we have an opportunity to build more yield potential if we don’t experience night after night after night of freeze in an indeterminate  crop.” 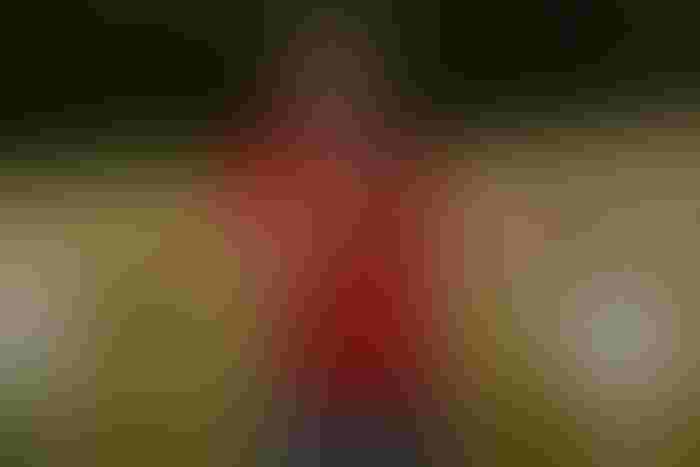 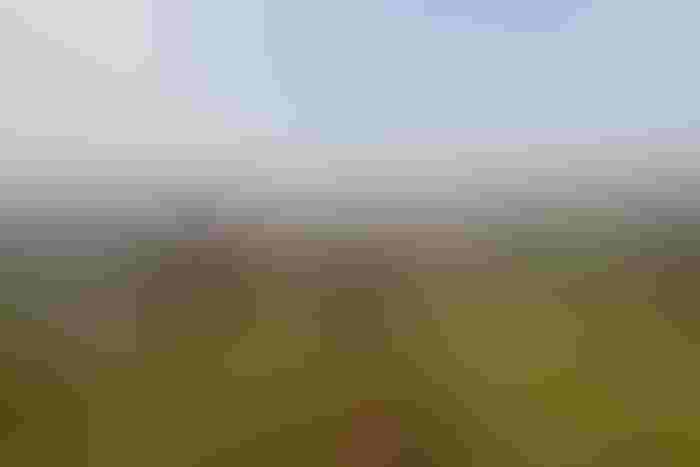 Attendees of the Central Piedmont Small Grains Field Day at the Piedmont Research Station in Salisbury, N.C. make their way through the wheat official variety test plot at the station.