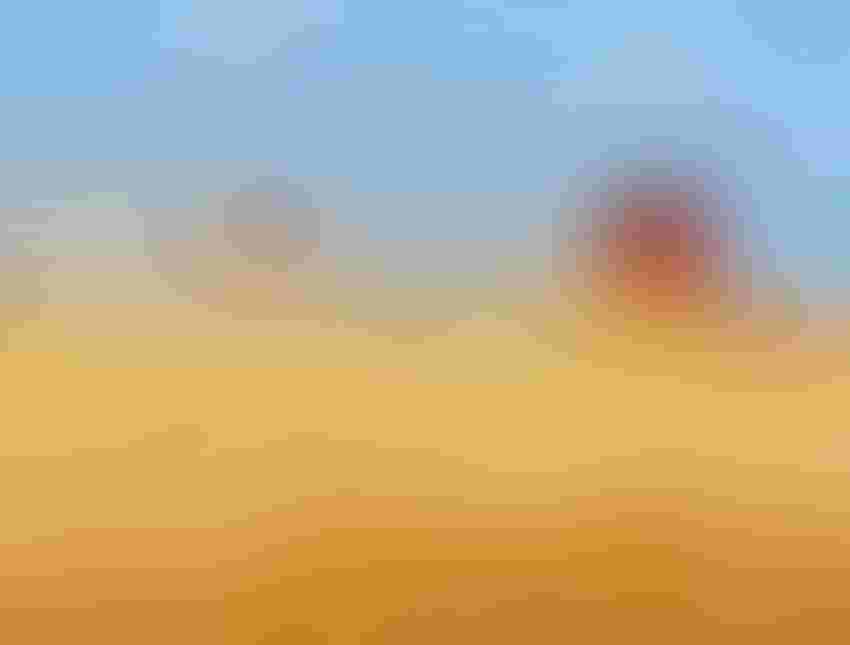 Texas A&M AgriLife Research wheat breeders will continue to build on their development of hybrid wheat varieties through a joint grant with the University of Nebraska-Lincoln. The U.S. Department of Agriculture’s National Institute of Food and Agriculture and the International Wheat Yield Partnership are jointly funding a three-year grant for $975,000. The grant, titled “Developing the Tools and Germplasm for Hybrid Wheat,” will involve Texas A&M’s Dr. Amir Ibrahim, a wheat breeder in College Station, and Dr. Jackie Rudd, a wheat breeder in Amarillo.

The first year of funding has been released with the last two years subject to release based upon continued progress in the grant research.

Ibrahim says hybrid crops show increased vigor over the two parents in yield and other traits. In hybrids, the female parent does not produce viable pollen, but is used as a seed plant. The male parent has the role of pollinator. Together they have the capacity to combine and express hybrid vigor.

For wheat, past conventional breeding efforts increased hybrid vigor about 10 percent, but Ibrahim says researchers want to get that figure in the range of 15 percent to 20 percent to make it attractive to producers.

“We believe hybrid wheat, which is more climate resilient than pure-line wheat, can contribute to achieving this goal,” he says.

Breeders use two systems for producing seed: chemical hybridization agents, which kill the anthers on the female; and the male sterility system, which includes breeding females and males separately and making selections based on the best combination.

Ibrahim and Baenziger have been working jointly toward the development of hybrid wheat since 2013, testing more than 600 lines of hybrid wheat varieties in Nebraska and Texas.

In this new project, the objectives will include continued screening of these two large wheat breeding programs for the floral and plant traits needed for efficient hybrid seed production and hybrid performance.

The researchers are also tasked with creating and testing hybrids to establish and confirm heterotic pools in wheat, and to genotype the lines going into the heterotic pools to improve algorithms to separate lines into maximum likelihood pools for future testing and validation.

Additionally, they will map restorer genes and create a series of cytoplasmic male sterility, or CMS, tester lines – the maintainer lines – and a series of elite restorer lines, or R-lines, to begin to determine the efficacy of CMS-based hybrid systems.

Ibrahim says it will take several more years to successfully maximize hybrid vigor, but through this collaboration the first commercially available and affordable hybrid wheat seed should be available to producers sooner.