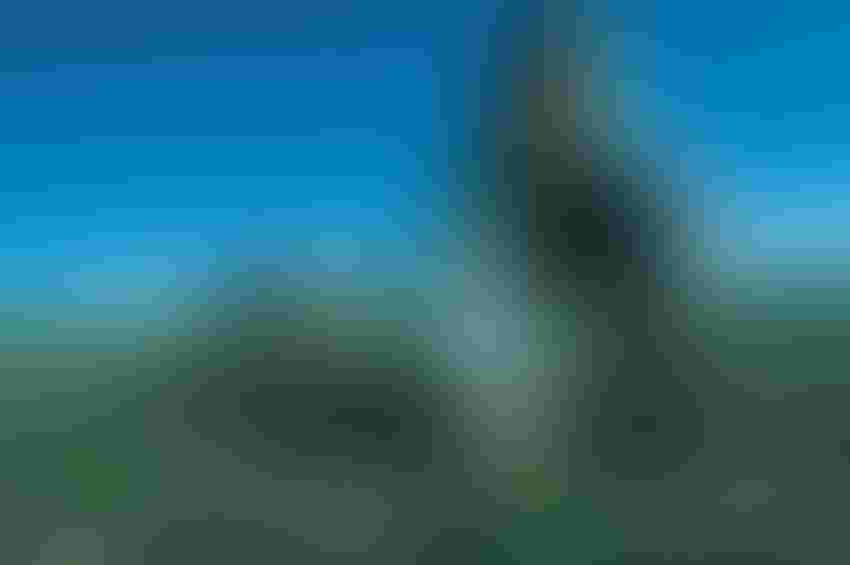 In the fight against herbicide resistance, farmers are working with a shrinking toolkit. Waterhemp, a weedy nemesis of corn and soybean farmers, has developed resistance to multiple herbicide modes of action, often in the same plant. Even farmers using the latest recommendations for tank mixtures are fighting an uphill battle, with long-distance movement of pollen and seeds bringing the potential for new types of resistance into their fields each year.

In a study released this week, scientists at the University of Illinois and USDA’s Agricultural Research Service offer a new tool that is not only highly effective, it’s free. All it costs is a conversation.

“I think we’re at a point now where farmers are looking for new tools. This tool is free, but it requires that people talk to each other and work together as opposed to doing everything on their own,” says Adam Davis, research ecologist with USDA-ARS and adjunct professor in the Department of Crop Sciences at U of I.

The tool is cooperative weed management – in other words, making decisions about how to manage herbicide-resistant weeds in cooperation with neighboring farms. The more farms working together, and the larger area covered, the better.

Davis and his team tested the efficacy of farmer cooperation using a computer simulation of waterhemp resistance evolution through time and space. They ran the simulation using real numbers and management practices from the past, starting in 1987, to arrive at a realistic representation of herbicide resistance in waterhemp in 2015. Then they forecast 35 years into the future to determine how resistance might change under different management and cooperation scenarios.

The “bad stuff,” according to the simulation, is using a single herbicide mode of action year after year. Resistance to a single chemical evolved and spread very quickly throughout the simulated landscape, especially if everyone was spraying the same one every year.

“If you take the cheap route, you’ll save some money in the short term on your herbicide costs, but in the long term, you’ll have a much greater likelihood of developing resistance,” Davis notes.

But if farmers invested in tank mixtures of herbicides representing three or four modes of action, the evolution and spread of resistance was delayed, and the delay got longer with increasing levels of cooperation.

“The message is not to use the most expensive herbicide program possible; the message is to use the available tools to manage your weeds better,” Davis says. “If you do that on your own farm, certainly it’s going to help. If you do it on a bunch of adjoining farms, it’s going to help even more. You can buy a couple of decades of time, in terms of delaying herbicide resistance evolution, by aggregating the best practices at large spatial scales.”

The concept is simple, but farmers treasure their independence. How will it work?

Davis points to existing regional farm associations, such as drainage districts or commodity groups, as possible models for how weed management cooperatives might operate. He also suggests involving custom applicators in decision-making and implementation, since they’re already out there servicing multiple farms in a region.

The researchers are asking additional questions of the simulation, adding non-chemical control options like cover crops, crop rotation, and the Harrington Seed Destructor, to see how much more effective they get at larger scales. They’re also trying to quantify how much non-compliance a cooperative weed management area can withstand before its effectiveness falls apart.

But for now, the study suggests preserving the effectiveness of existing herbicides is worth the trouble of making nice with the neighbors.

Originally published by the University of Illinois Extension