Analysis: Resistant populations will continue to spread and become more prevalent with time. 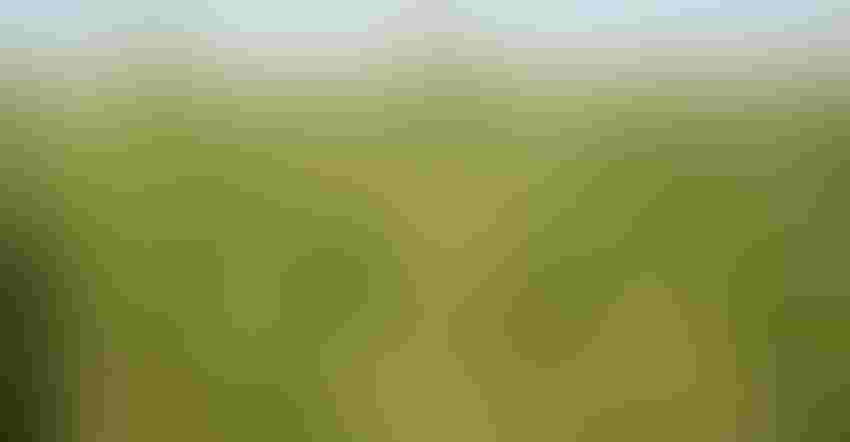 NEW IN PANHANDLE: Palmer amaranth has been a problem in eastern Nebraska cornfields like this one for a while now, but along with its cousin, waterhemp, Palmer is a fairly new arrival.

Both species of Palmer and waterhemp are related to redroot, prostrate and tumble pigweeds. In the Nebraska Panhandle, Palmer and waterhemp are only found where irrigation is present. Both species can be characterized by their season-long emergence, larger size and faster growth compared to other pigweed species. Palmer can be identified by its long petiole length in comparison to other pigweed species. Waterhemp can be identified by its unique lanceolate-shaped leaves. Please see EC94-138, Pigweed Identification: A Pictorial Guide to the Common Pigweeds of the Great Plains, for additional information on identification.

Pigweed biology
Both species can germinate throughout the growing season, usually starting in late May and extending through July. If uncontrolled, early emerging Palmer and waterhemp can produce over 100,000 seeds per plant and significantly reduce crop yield or even interfere with harvest equipment. Although both species can emerge after the last herbicide application, late-emerging plants produce little seed and will not impact crop yield. Therefore, it is essential to control Palmer and waterhemp as early as possible.

Research has shown that the most effective herbicide programs use both preemerge and postemerge applications. Using a preemerge treatment extends the time before a posttreatment is necessary as soil-applied herbicide can control weeds for several weeks. Compared to a post-only program, pre- and postherbicide programs do a better job of controlling weeds in the early part of the season when crop yield is most impacted and weed species are most susceptible to control inputs.

Control in dry beans
Both Palmer and waterhemp in the Panhandle are resistant to ALS-inhibiting herbicides. The resistance likely did not emerge in the Panhandle, but rather, resistant populations were unintentionally brought in from other areas. In corn and sugarbeet, effective herbicide options exist to control Palmer. 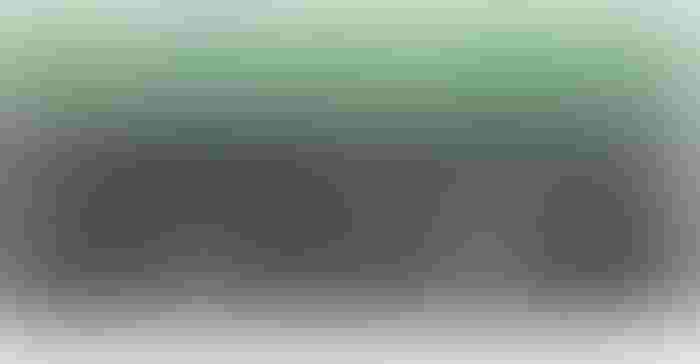 Common pigweed species found in the Nebraska Panhandle. Palmer amaranth and waterhemp are ALS-resistant. Images, from top to bottom in each column, are of seed, seedlings and plants in the vegetative growth stage. (Photo by Nebraska Extension EC94-138)

In dry beans, effective preemerge herbicides are available to control pigweed species; however, Palmer and waterhemp will continue to emerge after preemerge herbicides have lost their efficacy. Postherbicide options are extremely limited in dry beans. Palmer and waterhemp are resistant to both Raptor and Pursuit, while Basagran and Varisto do not provide effective control. The only effective post-applied herbicide option in dry beans is Reflex. However, the Reflex label does not allow planting corn for 10 months following an application. Given the limited options for control in dry beans, controlling Palmer in rotation is paramount. In the Panhandle, corn, irrigated small grains and sugarbeet all make good rotation options for controlling Palmer and waterhemp.

Pigweed control in the near future
Palmer and waterhemp resistance issues are likely to get worse in the near future. Although not currently in the Panhandle, within the rest of the state, populations of Palmer and waterhemp have confirmed resistance to herbicide mode-of-action groups 4 (synthetic auxins), 5 (triazines), 9 (glyphosate) and 27 (HPPD inhibitors). Although additional cases of resistance are mostly associated with corn and soybean production, in southwest Nebraska a population of glyphosate-resistant Palmer has been found in a sugarbeet field. These resistant populations will continue to spread and become more prevalent with time.

In sugarbeet in the Panhandle, glyphosate currently will control Palmer and waterhemp. Growers should be anticipating the eventual arrival of glyphosate-resistant Palmer in sugarbeet. Nortron applied pre at 32 fluid ounces per acre will control pigweed species early in the season. If resistance is suspected after a failed glyphosate application, a mix of Betamix and Stinger is the most effective treatment to control glyphosate-resistant palmer. However, control will decrease as Palmer exceeds 4 inches in height.