&bull; Field trials indicate Auburn-patented kiwifruit varieties can be successfully grown from Birmingham southward to Fairhope and from east Texas to South Carolina. 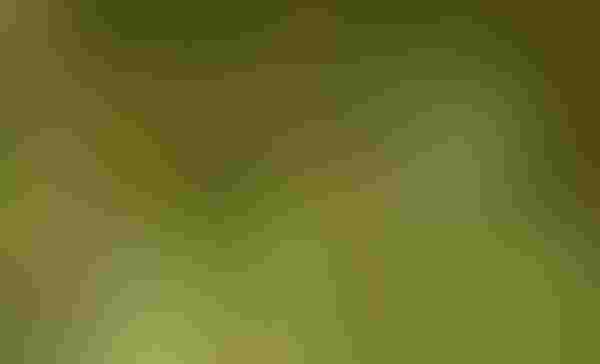 <p> GOLDEN KIWI are growing in popularity around central and south Alabama.</p>

Home gardeners and produce farmers across central and south Alabama have a new and refreshing fruit possibility from kiwi varieties patented by Auburn University.

The new varieties include the “traditional” kiwifruit — the fuzzy, egg-shaped fruit with bright-green, seed-studded flesh and a distinctive sweet-tart taste.

A couple of yellow-fleshed varieties characterized by smooth skin and a sweet flavor are called “goldens.”

“The first gold kiwi I had, as soon as I tasted it, I knew it was something that would be a hit,” says Wayne Bassett, owner of Beck’s Turf and The Wildlife Group in Macon County.

So strongly did he believe in the fruit’s potential that, working through Auburn’s Office of Technology Transfer, Bassett licensed the patented varieties and now has exclusive rights to sell the kiwifruit vines through a newly established entity, Gold Kiwi Group LLC.

Also available are the pollinators for these three female plants: AU Golden Tiger for Golden Sunshine, AU Arthur for Fitzgerald and, for AU Golden Dragon, an existing kiwifruit variety called Hortkiwi meteor. Bassett said one male would pollinate up to four females.

Kiwifruit are native to China and have vines that can reach up to 25 feet. They are grown on trellises to support the weight of the branches and start bearing fruit in three or four years.

Tips for building the support structures as well as information about each variety and the how-tos of planting, fertilizing, irrigating and pruning kiwifruit vines are provided on Gold Kiwi Group’s website at http://growaukiwi.info.

The information is based on studies by Alabama Ag Experiment Station researchers launched in 1985.   Spearheaded by retired Horticulture Professor Billy Dozier, Auburn’s kiwifruit research project was aimed at determining whether the subtropical fruit could be grown in Alabama, not merely in home landscapes but as a commercial crop for fruit and vegetable producers.

“It is known that kiwifruit in general are nutritional powerhouses — extremely high in beta carotene, polyphenols and vitamins C and E — but we compared AU Golden Dragon, AU Golden Sunshine and an industry-standard golden variety against two green-fleshed varieties and found the antioxidants of the yellow-fleshed kiwifruit provide significantly higher cellular protection from free radicals than the green-fleshed,” Woods says.

The AAES’ Chilton Research and Extension Center in Clanton has been home base for the kiwifruit project and center director Jim Pitts a key player, but broader field trials indicate Auburn-patented kiwifruit varieties can be successfully grown from Birmingham southward to Fairhope and from east Texas to South Carolina.