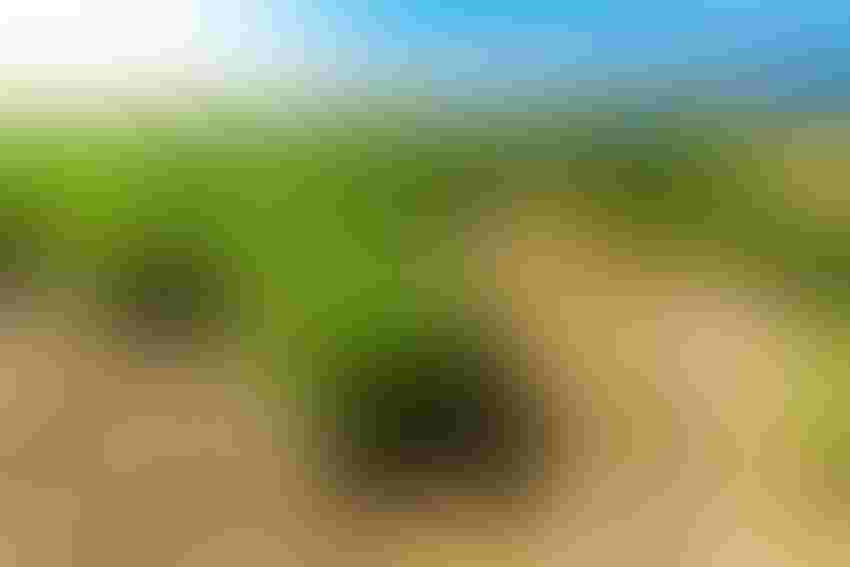 <p>A Cal Poly Pomona researcher will study lettuce genes to see if it can be bred to require less water and nitrogen to produce.</p>

A plant science professor at Cal Poly Pomona received a $416,343 state grant to study how to grow lettuce with less nitrogen fertilizer and water.

Professor David Still said the California Department of Food and Agriculture grant will help him identify the genes in lettuce that govern nitrogen and water use. According to Still, water has become scarcer with the current drought and the nitrogen in fertilizers is linked to greenhouse gas and can cause groundwater pollution.

“The lettuce industry has never had to face these issues, using less water and less nitrogen,” Still says.

California farmers gross about $2 billion annually from the production of lettuce, which is grown along the Central Coast, the San Joaquin Valley and desert regions of southern California. Growers use different cultivars of lettuce in each of these regions because of the climatological differences between them.

“There is not a ‘one size fits all’ for lettuce production,” Still says.

Still wants to improve upon particular genetic traits in lettuce. For example, developing seeds that germinate under stress, such as heat or increased salinity, will help adapt the crop to global warming.

Heat in particular leads lettuce to “bolt” or transition from a vegetative stage to the flowering stage, which is a problem in hotter climates like Arizona. The research should identify the genes that increase the ability of lettuce to resist bolting, Still says.

The project is expected to take a number of years, because the breeding cycle of lettuce is usually between eight to 10 years, Still says. Researchers will conduct their work under the conditions that lettuce would be grown commercially, he says.

The goal of the research project is not to release a new cultivar, but to identify genes and characteristics that will improve performance and develop the genetic markers that will allow industry plant breeders to improve their cultivars, Still says.

“We are doing the research. They can do the development,” he says. “We do it for the knowledge. The primary consideration is figuring out how it works.”

The research findings can be published and released to other industries and private breeders, Still says.