<ul><li>Grafting takes the rootstock of one plant and combines it with the stem &mdash; or scion &mdash; of another plant.<span style="font-size: 12.8px;">&nbsp;</span></li></ul> 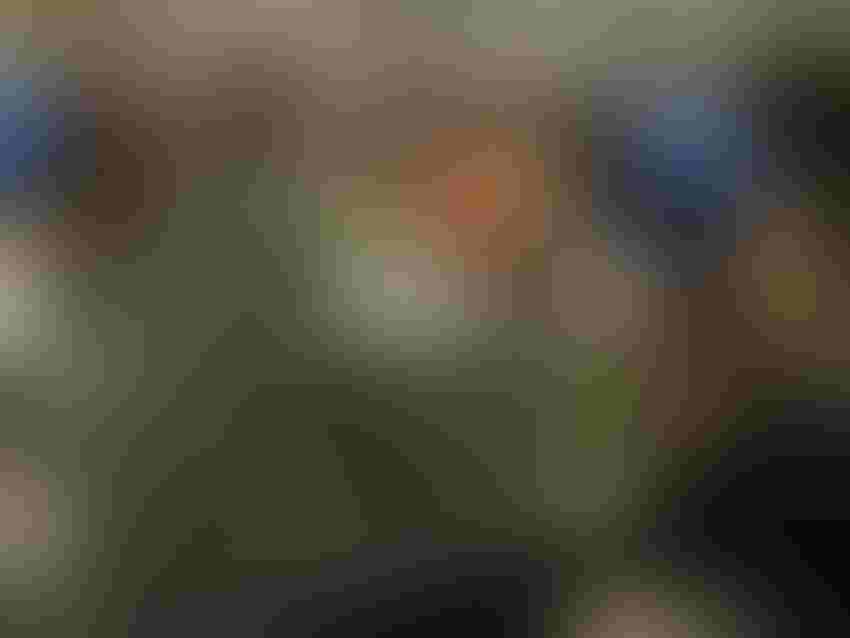 Thanks to a  North Carolina State University-led project, several U.S. growers have been able to use grafted tomato plants to return land plagued by bacterial wilt to production.

Grafting takes the rootstock of one plant and combines it with the stem — or scion — of another plant. The result is a new plant with the best qualities of both plants. Because it uses two plants and requires more labor than traditional plant breeding, it’s often more expensive. But it’s much faster.

Frank Louws, an N.C. State Extension plant pathologist and director of the Center for Integrated Pest Management, has guided both grafting projects. He recalls “standing on a hill with a grower who put in 20 acres of grafted tomatoes for the first time after being unable to grow tomatoes due to bacterial wilt. We were looking down at several trucks that were being loaded with his tomatoes, and he said to me, ‘It sure is nice to see tomatoes going into those bins.’”

The disease resistance of grafted plants created demand among small- to mid-scale growers.

Re-Divined is among the grafted-plant suppliers that have gained more customers. Owner Kaitlin D. Horst says, “Our customer base keeps growing.”

Meanwhile, a partnership of companies from Israel, Italy and the United States set up Tri-Hishtil, a plant-grafting company that planted roots in North Carolina two years ago.

Manager Bert Lemkes says, “We can produce 200,000 plants a week in our current start-up facility. If we need to increase our capacity, we have enough land to accommodate this.”

As demand for grafted plants has grown, suppliers have also noted an increase in the expectations of what grafting can provide. And that’s where the second project comes in.

With a $3.2 million specialty crops research initiative grant from the U.S. Department of Agriculture’s National Institute for Food and Agriculture, the new project continues to pursue fruit traits that consumers desire paired with disease-resistant rootstocks, and it will add even more rootstock traits to the mix. For example, some growers want plants that will produce well under extreme conditions such as drought, high salinity or low fertility. Other growers want tasty produce that is beneficial to human health.

As Matthew Kleinhenz, Extension specialist at the Ohio State University, explains, “Any time there’s an unveiling of technology, and people start exploiting it, those people have follow-up questions, and the questions become more sophisticated.”

Kleinhenz, Louws and others on the research team ultimately hope the project further integrates grafting technologies into major industries such as seed, robotics and nursery / propagation companies. They also want to optimize return on investment for tomato and cucurbit growers trying to expand production while dealing with a variety of environmental challenges.

“As old as the technology is, and as far back in history as it goes, it will persist only if it remains modern,” says Kleinhenz. “The team is helping the technology remain modern to more and more people.”