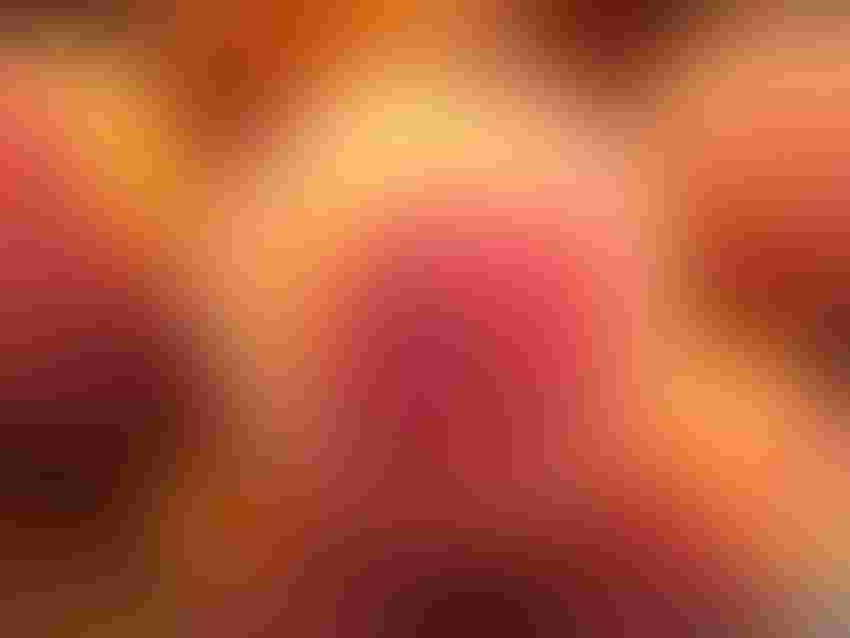 Gillespie County, the leader in Texas peach production each year, won't be serving up any fresh peaches anytime soon. According to local growers, chances are good there may not be any peaches available this year after a late season freeze and now, last week's major hail storm that broke windows in homes and damaged roofs and pelted peach orchards.

"A couple of orchards were hit pretty hard with the hail last Thursday," reports Texas AgriLife fruit specialist Jim Kamas. "The trees were defoliated and suffered some bruises that scarred the trunks, but the freeze in late March took care of most of the peaches in the county already. The hail just added a little insult to injury."

Paul Engel of Engel Orchards says the hail storm hit his operation "pretty bad. I grew up around peaches and I have never seen anything like this," he said.

Hail the size of baseballs destroyed part of his orchard and knocked off any peaches that had survived the freeze.

"There's an up side to the weather we have been having this spring season, and that is the rains have returned," adds Kamas. "And this is exactly what we needed after such a long dry spell. We can recover from the freeze and the hail, though this season has certainly been adversely affected. But everyone I talk to is just glad we are finally getting rain."

Kamas says when it comes to peaches, overall tree health is the most important consideration. Substantial rain so far this spring give growers hope that trees will get the chance to "rest and recover.

"Peach growers irrigate their orchards of course, but there is nothing like a good natural rain, so we are optimistic in spite of the freeze and the hail. The losses are a difficult thing, but going forward the rain we are getting is a welcome development," he said.

Dianne Eckhardt, Eckhardt Orchards, says they have lost all but a few peaches this year to weather developments. The first varieties are ready to pick in late May most years, but this year they will be lucky if they can get enough peaches to make a good cobbler.

The same holds true at Gary Marburger's successful pick-your own farm just south of Fredericksburg and near the banks of the Pedernales River. According to daily updates posted on his website, there won't be any pick-your-own peaches this year and only a handful of orchard-picked peaches.

"We managed to escape most of the hail damage that ripped through orchards just a few miles away, but the freeze had already taken out most of our peach crop," he reports.

On the brighter side for Marburger has been the extended season for his strawberry operation. He says this may very well be the longest strawberry season he can remember, with fresh strawberries still being picked in the middle of May, a trend he expects will continue at least for another week or two.

In addition, his blackberry crop is maturing and they already are picking big, juicy blackberries. But this weekend he expects the crowds to arrive to take advantage of what promises to be a bumper year for berries.

Marburger is not the only peach grower who has diversified in recent years. There is a growing trend among peach producers to add "alternative crops" to the annual offerings, and for many the idea is paying off.

Marburger has dedicated part of his farm to fresh vegetables and these have helped draw larger crowds to his farm.

While sweet Fredericksburg peaches may be in short supply this year, a random survey among growers over the weekend uncovered a surprising optimism among many.

"It's amazing what a good rain can do for you," says Kamas.