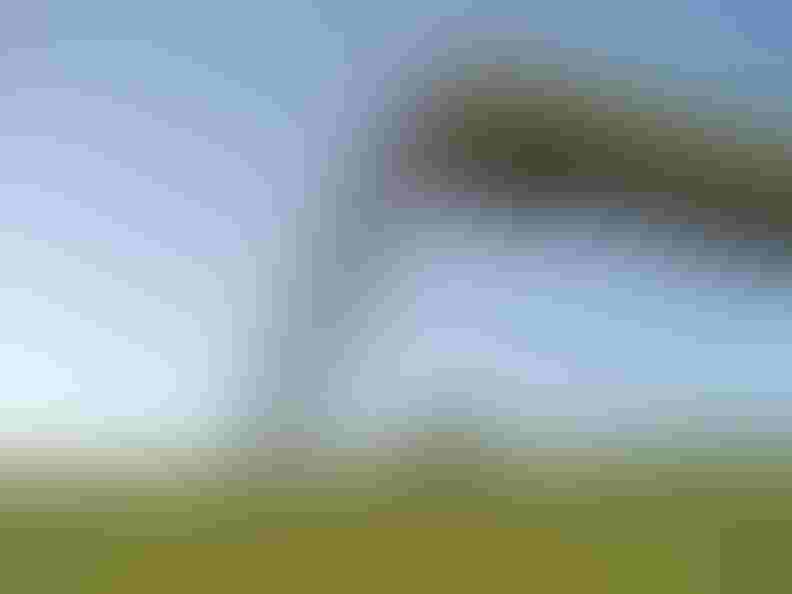 “It was a good year, but not a totally super year for us,” says Glenn County, Calif., tree nut producer Gary Anderson as he looks over the figures of last year’s production from 435 acres of almond and 600 acres of walnut trees. However, with walnut prices at an all-time highs and memories of rain falling on his unpicked orchards last October still fresh, he wouldn’t mind a do-over of his walnut harvest.

He and his partner, Charles Demmer, own and operate Ratliff and Demmer Farms near Willows, Calif. An unusually cool season delayed maturity of their almonds. However, despite starting and finishing their four-week almond harvest about five to 10 days later than usual, they got all the nuts in the bins — safe and dry — by the first of October.

Immediately after that, Anderson started shaking the walnut trees. Like the almonds, the walnuts were slow to ripen. Normally, he can dry a row of bins (about 2.5 truckloads) filled with ripe, dry walnuts in about 12 to 18 hours. Last fall, the green nuts were taking two to three times as long to dry.

Less than a week after Anderson began harvesting the walnuts, the first of two October rain storms moved in, knocking nuts onto the muddy ground and shutting down work in the orchards for a few days. That wasn’t all.

“The wet, cool harvest weather hurt us quite a bit,” Anderson says. “After the two rains, the quality of the nuts went downhill. In good, dry weather we may have no more than 3 percent to 4 percent mold. But, last fall we were seeing anywhere from 10 percent to 20 percent mold in our nuts. Plus, all the mud sticking to the nuts meant processors had to jump through a lot of hoops to sanitize them.”

As a result, meat yields, which determine the price growers receive for the nuts, declined. “Typically, we get about a 47 percent edible meat yield-to-shell in our Chandlers,” Anderson says. “This past year that fell to 43 percent or less. That’s a big drop.”

Good tree yields, helped cushion that loss. Because they are still young, production of his early varieties is still on the upswing. His earliest variety is Gillet. In 2001, in their 6th year, these trees produced about 1,800 pounds of nuts per acre — an 1,100-pound increase over 2010.

“They were really nice nuts,” Anderson says. “Most were jumbo and graded very well. All were in-shell.”

He was pleased with the 5,500-pound yield of his Hartleys, too. However, because they were rained on, some failed to make in-shell, Anderson notes.

Another of his early variety yields still climbing is Howard. One orchard, just finishing its 8th year, produced almost 5,000 pounds of walnuts per acre
last year. That was 2,000 pounds more than in 2010, he reports. His other block of Howards, in its 5th year in 2011, yielded 2,500 pounds of nuts per acre. That compares to a 1,000-pound yield the previous year.

Production of his Chandlers, his latest and most widely-planted variety, fell from the usual 3 tons per acre to 2.5 tons. In 2009 and 2010 his oldest block of Chandlers, now beginning its 20th year, achieved a yield of 7,500 pounds per acre each season. In 2011, production dropped by 2,000 pounds per acre.

Anderson figures that the increased yields from his young, early-variety trees just about offset the decrease in his Chandlers. “Our total walnut production in 2011 was probably pretty close to what we had in 2010,” he says.

However, because of the huge almond harvest last fall, — likely to be the state’ first 2-billion pound almond crop — prices for these nuts have softened, he notes.

“The quality of our 2011 almonds was really good,” he continues. “We pushed real hard to get them in before any rain. A lot of them had less than 1 percent insect damage.”

Yields of his pollinators, Carmel and Monterey, averaged about 1,800 pounds per acre last year. “That was really good for this area,” Anderson says. “Our Nonpareil yields came in at average of 2,000 pounds per acre. That’s not too bad for our end of the valley.”

He estimates his total almond production in 2011 rose about 20 percent above the previous year’s level. He’s not sure how much that reflects the weather last year. However, he attributes part of that increase to young trees, planted several years ago to replace those lost to wind in 2005, which are beginning to come into production.