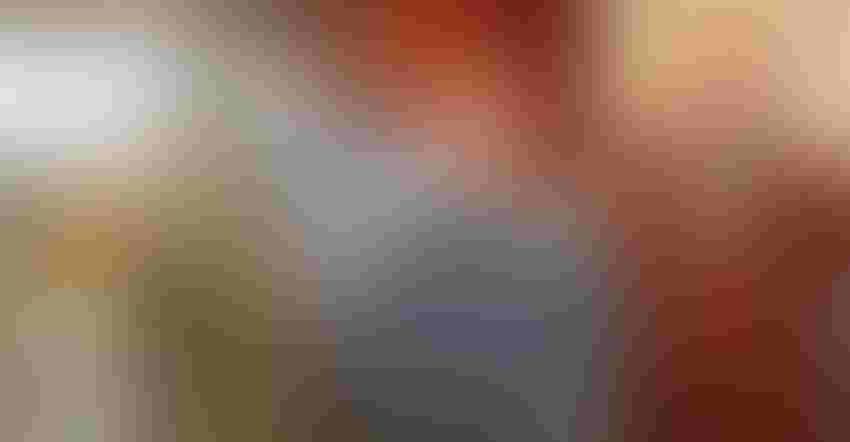 NEW TUNNEL: The University of Minnesota is the recipient of a wind tunnel from WinField United’s retired research facility (since replaced). Researchers in the U-M College of Science and Engineering are already putting it to work. From left are Steven Fredericks, Chris Hogan and Bernard Olson, all of whom work on particulate and aerosol research.

Farmers are hearing a lot more about sprayers and spray drift these days, and that’s bringing attention to an interesting field in science — atomization. A new partnership between WinField United and the University of Minnesota will bring “new eyes” to the science of spray patterns, droplet size and environmental interaction. And it all started with a wind tunnel.

It turns out that the nearby University of Minnesota has a long history of researching aerosol particle transport, spray deposition and related particle science and technology in its College of Science and Engineering. “We saw an opportunity there,” said Dan Bissell, senior research engineer, WinField United. “The partnership will look at aerosol science.”

The wind tunnel from the original River Falls facility went to Minneapolis into a room in the Mechanical Engineering Building on campus. “We knew the space where we wanted the tunnel,” recalls Chris Hogan, associate professor and director of graduate studies, U-M. “We just weren’t sure if we could get it in here.”

The wind tunnel fits in its new home on the fourth floor of the engineering building on campus — barely. The original builder of the tunnel, William Hambleton of Hambleton Instruments, helped determine the installation for the tunnel in the new space; he also designed the wind tunnels WinField United has in its new facility.

“We weren’t sure the tunnel would fit in the space,” Hogan says. “We had the building measurements, but we had Will come in, and the first thing he said was, ‘It will fit.’” And it still fit, even though the building space dimensions were off by 2 feet!

To the casual observer, it appears a large shoehorn might have been needed to wedge the machine into the space, but it fits as if the space was designed for the tunnel. Hogan and his associates admit there were moments of “challenge” during the installation, but the tunnel already at work gathering data. 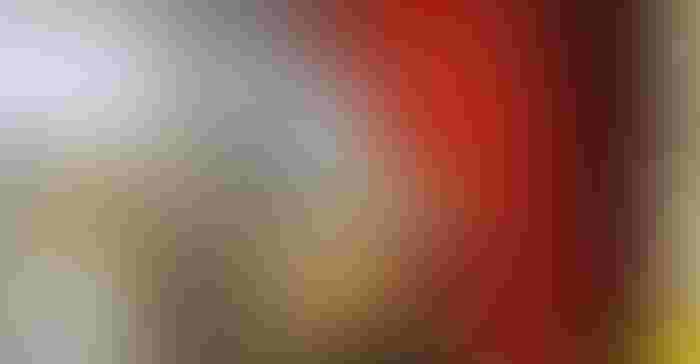 JUST FITS: The wind tunnel that the University of Minnesota received from WinField United will go to work on ways to better model aerosols and atomization, an increasingly important area of agriculture. While they were skeptical, researchers at the university were happy to find it fit in the space they had for it.

Wind tunnel in a university
Most people associate a wind tunnel with aerospace design or automotive research. But understanding how a crop protection product moves through the air under a variety of conditions has value. At WinField United, some of that work has been done. Models of spray transport have been developed previously, but the techniques used in aerosol science to quantify atomization, droplet size distributions and droplet transport under numerous conditions have not been used in agriculture with the tools and science used at the university.

The value is in improving the science used to develop nozzles or adjuvants in a product that reduce or eliminate drift under a range of conditions. And that information could have other uses, including nozzle and pump design.

“It is our hope that this work will help raise the tide for the industry,” Bissell says.

Interestingly, aerosol research principles are a set of methods and principles used to understand the behavior particulate matter in a wide variety of instances. Broadly, it is the study of airborne small particles and their movement. The University of Minnesota has a rich history in looking at these questions in a range of industries, from coal mining to the space shuttle.

“Particle research in the department started back in 1959, when Ken Whitby developed technology for measuring particle size for the flour milling industry,” Hogan says. “Particles that were of the wrong size ended up making soggy bread.” Whitby was a research engineer and pioneer in particulate research.

Hogan notes that once Whitby had developed “the hammer,” he looked for other “nails” to test. The work involved capturing and measuring particles in a range of conditions. Those conditions included air pollution in the 1960s and 1970s, where those small particles became a concern.

Bernard Olson, who is a third-generation Ph.D. in the particle lab at U-M — having worked with distinguished professors Virgil Marple and Thomas Kuehn, who did their work at the university — has been involved in the development of a variety of tools for measuring airborne particulates.

This is not just a tailpipe issue; particles are important in pharmaceuticals as well as mining, cooking, semi-conductors and many other areas. The challenge of measurement of particles is capturing them accurately. “We have worked to develop standardized methods, protocols and  operating procedures for particulate matter measurement,” Olson says. 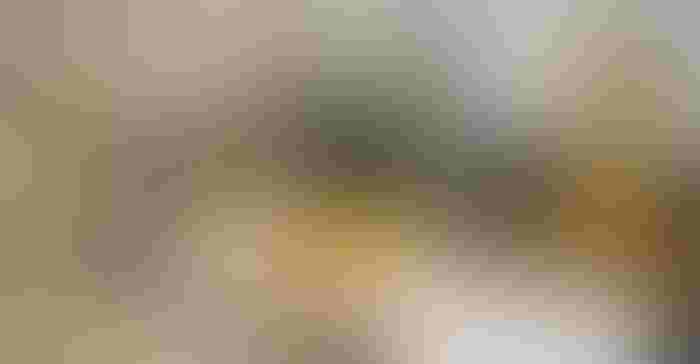 RESEARCHING PARTICLES: Particulate research and measurement comes in many forms. The aim is to capture and understand very small particles, and these tools do that in a range of areas. The one on the far left was used in the space shuttle, while the tool on the far right is used in the pharmaceutical industry. The University of Minnesota is a leading research facility in the particulate and aerosol sciences.

Olson recently walked a visitor through a range of samplers for capturing and measuring airborne particles, which requires understanding how those particles move. The early work showed that particulate matter 10 microns (PM10) or smaller can migrate into a person’s lungs. “We develop and utilize aerosol samplers to measure a wide range of particulate matter from, 10 micron down to nanometers in size,” Olson says.

Work on particulate matter by Olson and his colleagues provides an understanding of how material moves through air. They also work with aerosols and atomization systems, which is where that “new” wind tunnel will come in handy.

Modeling a spray pattern
The movement of a crop protection product from nozzle to ground is a concept that is understood at a basic level, but Steven Fredericks is going to move beyond that in his work with the wind tunnel.

“We’ll be working to develop a model of what happens under varying conditions,” he explains. “That work has not been done at this level before.” Fredericks is a postdoctoral candidate in the U-M College of Science and Engineering, with an emphasis on aerosol research.

Farmers might find that while the basics of where material moves after it leaves the nozzle are known, there remain many questions. The rising use of very active products like dicamba are a new challenge, and a better understanding of product atomization and droplet movement has wider value.

Ironically, in this new spray lab environment, the particles Fredericks will work with are much larger than Olson sees. “It’s an order-of-magnitude different,” he says. For Olson, 10-micron size particles are the norm; for the wind tunnel, work is being done on material that’s 100 microns in size or larger.

But it comes down to a question of volume versus number, as Bissell says. “You may have a nozzle that delivers 99% of its volume of droplets at a certain size or higher,” he explains. “But on a number basis, 30% of the droplets may be very small, driftable fines. That’s something we need to better understand.” That 1% of volume may represent a very high number of very small particles.

That can sound confusing, but volume is the gallons, number is the droplets; knowing the size of those droplets from nozzle tip to crop leaf is important for understanding drift and how product moves once it leaves the sprayer.

This new work at the University of Minnesota offers the potential for new models and tools for maximizing crop protection, while minimizing drift and wasted product.