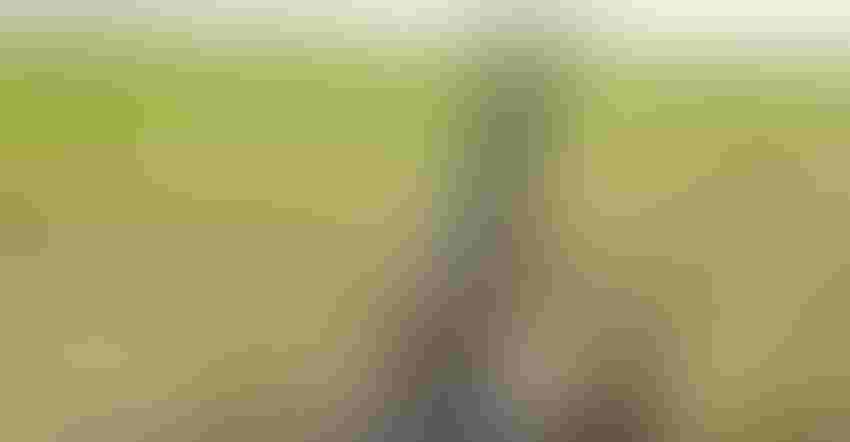 AUTOMATED ASSIST: University of Missouri researchers hope one day to make fewer trips to the field, instead relying on robots to collect data. At Mizzou, researchers focused on developing drought-tolerant crops are the first to use the new technology.

Developing drought-tolerant corn that makes efficient use of available water will be vital to sustain the estimated global population of 9 billion by 2050. A multidisciplinary team of University of Missouri engineers has developed a robotic system that is changing the way scientists study crops and plant composition.

Gui DeSouza, an associate professor of electrical engineering and computer science, and colleagues and students in his Vision-Guided and Intelligent Robotics (ViGIR) Laboratory partnered with researchers such as Felix Fritschi, an associate professor of plant sciences in the College of Agriculture, Food and Natural Resources, and Todd Mockler, a principal investigator with the Danforth Plant Science Center, to study the effects of climate change on crops in Missouri. Using principles developed in the ViGIR lab, DeSouza is changing the way agriculturists collect data in the field.

In March 2014, the National Science Foundation awarded the University of Missouri a $20 million grant as part of a multi-institutional consortium to study how corn maintains root growth during drought conditions.

"I've been working with CAFNR, assisting them in experiments where we helped to create 3-D images of root growth in the laboratory," DeSouza says. "Now, we're creating robotics to assist in creating those images out in the field."

Technology adds value
The engineering and plant science research team developed a combination, two-pronged approach using a mobile sensing tower as well as a robot vehicle equipped with three levels of sensors. The tower inspects a 60-foot radius of a given field to identify areas affected by environmental stresses, while the vehicle collects data on individual plants. The sensors have the ability to measure various heights of the corn plant in order to reconstruct the 3-D image. 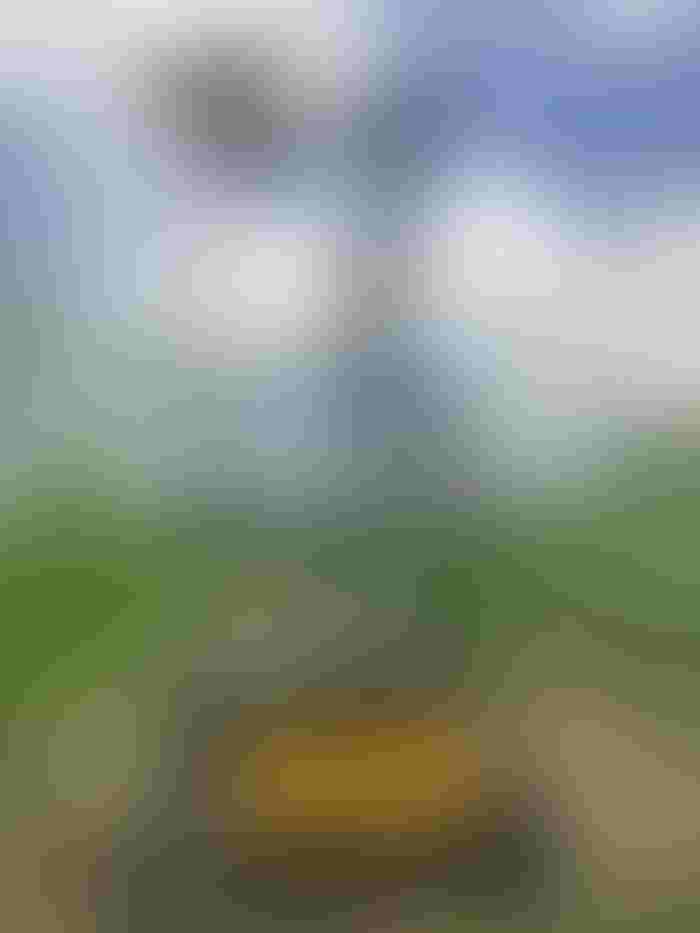 ROBOTIC HELP: To accurately create 3-D models of plants and collect data both on regions of crops and individual plants, the research team developed a combination approach: a mobile sensor tower (in background) and an autonomous robot vehicle equipped with three levels of sensors and an additional robotic arm.

"Measurements taken from the tower alert us if any of the plants are under stress, such as heat or drought," DeSouza says. "The tower then signals the mobile robot, which we call the Vinobot, to go to a particular area of the field and perform data collection on the individual plants. The Vinobot has three sets of sensors and a robotic arm to collect temperature, humidity and light intensity at three different heights on the corn plant. This is called plant phenotyping, which assesses growth, development, yield and items such as tolerance and resistance to environmental stressors by correlating these to the physiology and shape of the plants."

Cutting research costs
While the tower covers a relatively small area, it can easily be moved to cover an entire field. This cost-effective measure means it is less expensive to have more towers, stationed at various points in the field, operating simultaneously.

"The towers not only are inexpensive, they also are available throughout the day and night, and can generate more data than any aerial vehicle could," DeSouza says.