Buckeye Beef Brief: Misconceptions still exist about the value of this useful tool. 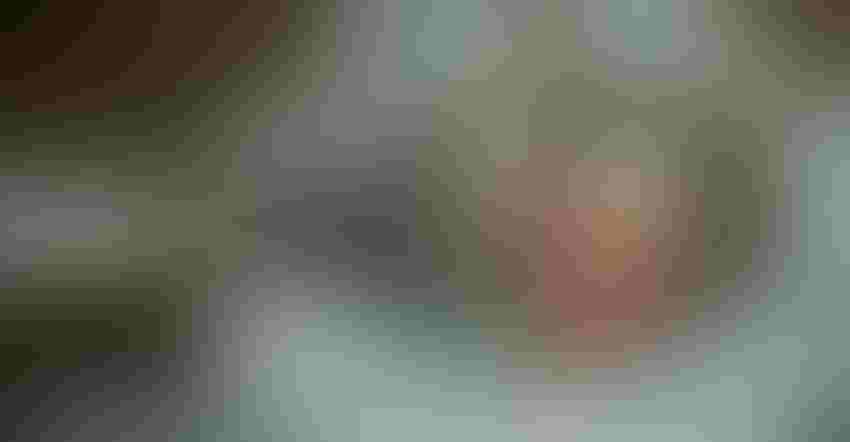 Artificial insemination (AI) in beef cattle is not a new technology as it has been available to producers for several decades. Nearly every cow-calf producer in this country has some degree of awareness of this management practice. While there is a relatively high degree of awareness among producers of AI, misconceptions still exist about the value of this useful tool.

The use of AI offers several obvious advantages over natural service sires. Some of these advantages include:

• reduction of the number of bulls needed during a breeding season

Surveys indicate that about 10% of beef females are mated through AI every year. A large percentage of these females bred artificially can be found in seedstock operations and commercial replacement heifer programs. This relatively low adoption rate can be partially explained through established perceptions that AI is too expensive and labor-intensive, and it is difficult to achieve comparable pregnancy rates with natural service sires.

Labor requirements have traditionally been identified as a key limiting factor to the adoption of AI. Heat detection has always been an important part of a successful AI program. The time necessary for heat detection has been an obstacle for cow-calf operations that are a part of a larger farming operation, or where the owner also works off the farm. University researchers and AI companies have worked hard to develop synchronization programs to reduce the labor requirements associated with AI. These synchronization programs have been refined to where we can effectively use fixed-time AI and consistently achieve 50% to 65% conception rates without heat detection. The success of fixed-time synchronization programs makes AI a viable management choice for any commercial or seedstock cow-calf operation.

AI advantages
Artificial insemination combined with estrous synchronization offers significant economic and management advantages for the producer. AI combined with estrous synchronization will allow for higher service rates in the first week of the breeding season compared to natural service scenarios. Higher service rates with typical conception rates will result in a larger percentage of the calf crop born earlier in the calving season through AI. More cows calving earlier in the calving season will create a more uniform calf crop, as a result of producing older and heavier calves at weaning. Estrous synchronization programs can stimulate anestrous females into cycling. Higher pregnancy rates earlier in the breeding season can help the producer shorten the length of the calving season, which can simplify overall herd management.

There have been several studies that have analyzed the true costs of AI compared to natural service. The true costs of natural service must include the purchase price of the bull and annual maintenance costs over his lifetime, minus his salvage value. This figure must be divided by the total number of females bred to produce an annual cost per female. This cost per female will increase if the female fails to wean a calf or the bull is lost or culled prematurely. Depending on the protocol employed, most AI programs will compare favorably to natural service from a cost standpoint.

Today’s competitive beef economy presents many opportunities for the beef producer. Regardless if the goal is to produce feeder calves, retain ownership through the finishing phase, or raise purebred or commercial seedstock, the producers must strive to produce a high-quality animal with the genetics to meet the demands of their targeted customers. The use of AI allows the producer to use the best beef genetics available when compared to the typical natural service sire.

Ultimately, the decision as to whether to implement AI comes down to the goals you have established for your breeding program. A beef cow-calf producer has several choices available when selecting sires to be used in the breeding herd. Bull studs devote significant amounts of resources to finding a wide variety of top-quality sires to make available to cattle producers. Many seedstock producers use top genetics to produce quality herd bulls for the commercial sector. The decision a producer must make is if AI is worth the extra effort to potentially use highly proven, superior genetics compared to using sons of highly proven, superior sires.

Grimes is the Ohio State University Extension Beef Coordinator and a member of the OSU Extension Beef Team. The Beef Team publishes the weekly Ohio BEEF Cattle letter, which can be received via email or found at its website, beef.osu.edu. Ohio State University is solely responsible for the information provided and is wholly owned by the source. Informa Business Media and all its subsidiaries are not responsible for any of the content contained in this information asset.