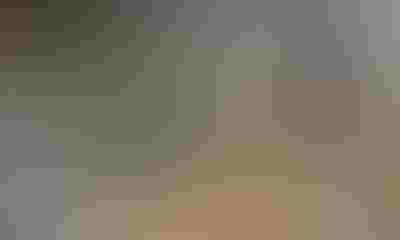 Barry Fisher, NRCS state agronomist and precision farming specialist, says it's good to finally know how many acres are out there. He believes it's likely Indiana hit a million acres two years ago. However, transects weren't done then so there is no way to document it.

Whether or not cover crops will remain at that level for the 2015-2016 year is another story, Fisher says. He suspects the number might drop, primarily for two reasons. For one, some cover crops did not survive the winter well. "Cereal rye performed well, but some of the other crops didn't," he notes.

The other reason is economics – farmers are looking to cut inputs.

Fisher believes that they still have benefit. "In fact this is probably when you could justify them most because you need to be more efficient with all inputs," he says. However, not everyone looks at the situation in that light.

One thing that concerns Fisher right now is that herbicide carryover may be factoring in to how well cover crops get established in the fall and how well they grow.

"You need to read herbicide labels carefully on residual herbicides, especially if you are applying them on crops now this late in the season," he says. "If you're wanting to come back with cover crops, you need to know what the label says about how long of a gap there needs to be between application and planting of whatever crop you are looking at."

Brassicas tend to be more sensitive to residual herbicides, because most of them are geared to broadleaf weeds, and brassicas are broadleaves, he says.

Thinking about a cover crop? Start with developing a plan. Download the FREE Cover Crops: Best Management Practices report today, and get the information you need to tailor a cover crop program to your needs.