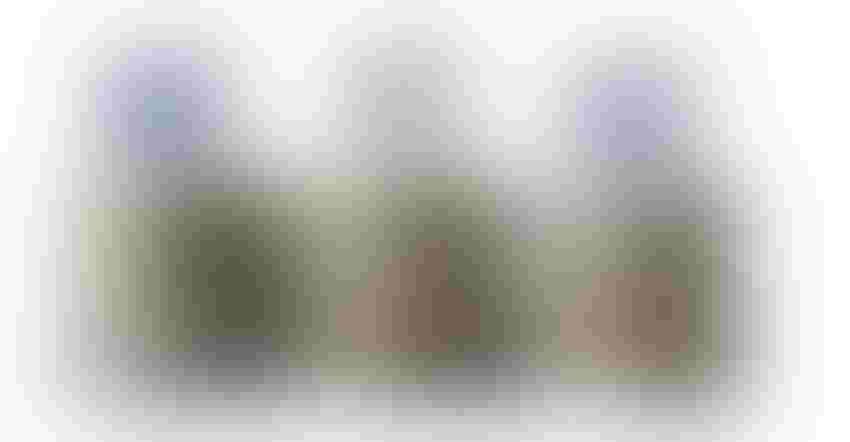 UNLEVEL PLAYING FIELD: Legislators want WTO case filed against India's rice and wheat domestic supports where the government is subsidizing more than half of the value of production. Getty Images/iStock Photos

Current World Trade Organization rules allow governments to subsidize up to 10% of the value of commodity production; however, the Indian government continues to subsidize more than half of the value of production for several commodities, including rice and wheat. Reps. Tracey Mann, R-Kan., and Rick Crawford, R-Ark., led 12 members of Congress in sending a letter to President Joe Biden urging him to hold India accountable for violating their WTO commitments.

In related news, last week the United States and other WTO members announced during WTO meetings in Geneva, Switzerland, that they are taking an unprecedented path of action by initiating consultations with India on their trade-distorting rice subsidies. The action begins the process of technical engagement with India regarding trade-distorting agricultural subsidy practices.

India’s lack of rule-following and the Biden administration’s lack of enforcement have reshaped the global agricultural production and trade channels by driving down prices, depressing production of rice and wheat commodities, and putting American producers at a disproportionate disadvantage, according to a release from the Congressional members.

"India’s practices are dangerously trade-distorting on a global scale and impact U.S. farmers and ranchers," wrote the members. "We urge the administration to fil[e] a formal request for consultations with India at the WTO and to continue monitoring other WTO member’s domestic support programs that undermine fair trade practices.”

The letter notes at the recently held WTO’s 12th Ministerial Conference, a group of developing WTO members led by India proposed an unlimited allowance of trade distorting price supports tied to public stockholding and subsidies. “The proposal disregards WTO rules on agricultural domestic support partly put in place to ensure fairness of and confidence in the world’s farmers and instead benefits only a few countries. We share the agricultural industry’s concerns that if this proposal goes into effect, it could disproportionally disadvantage American producers who are already struggling.”

The Congressional members state they were glad to see that U.S. Trade Representative Ambassador Katherine Tai and her peers rejected India’s calls for a permanent, unlimited expansion of these limits and a subsidy exemption for commodities sold from government-to-government at MC12.

Mann and Crawford also led their colleagues on a letter in January to Tai and U.S. Secretary of Agriculture Tom Vilsack urging them to hold India accountable under the WTO rules, particularly regarding wheat and rice production.

“We appreciate the recent letter urging the administration to push back against India’s trade distorting practices, which create unfair advantages for its domestic production and violate their WTO commitments,” says National Association of Wheat Growers Vice President of Policy and Communications Jake Westlin. “Wheat growers rely on open markets and fair trade to facilitate exports.”

“America’s farmers deserve a level playing field,” Boozman says. “I appreciate the Office of the United States Trade Representative for taking this action. Furthermore, I thank the governments of Australia, Canada, Japan, Paraguay, Thailand and Uruguay for joining the U.S. in these consultations on India’s subsidies for rice and wheat.

“India makes up nearly half of global rice trade and much of its exported rice benefits from the government-established floor price, and then exported at low prices, distorting trade," says Bobby Hanks, rice miller and chair of USA Rice. "USA Rice applauds the Office of the U.S. Trade Representative and their colleagues at the USDA for starting this process of technical engagement with India regarding its rice support and egregious WTO violations. This announcement is just one of many actions the U.S. government can take to engage India at the WTO regarding its rice subsidies, and we are hopeful they will continue to take more actions in this direction.”

India agrees they exceeded their de minimis limits for rice subsidies in the three years that they have notified their support to the WTO, and they have claimed shelter from a WTO dispute settlement challenge under the 'Bali Peace Clause.' It is important to clarify that these consultations are targeted towards India’s use of the Bali Peace Clause which gives them the ability to build government stocks of food, however, it stipulates that WTO members cannot export those subsidized government stocks to the extent that it distorts global trade. This action is not the initiation of formal consultations for a WTO dispute settlement case, USA Rice explains.

The U.S. was not alone in pursuing transparency improvements for India, but was joined by the governments of Australia, Canada, Japan, Paraguay, Thailand and Uruguay in initiating the Bali consultations. All of those governments have expressed concerns regarding the impacts of the Indian government’s public stockholding programs for rice, wheat, and other commodities on global agricultural markets and seek to receive additional information from India.

Boozman adds, “Cases like this illustrate the need to move expeditiously on Doug McKalip’s nomination to serve as the chief agricultural negotiator at the USTR to ensure America’s farmers and ranchers have fair access to the world’s markets.”