Bin doors under lock and key until the dollar improves. 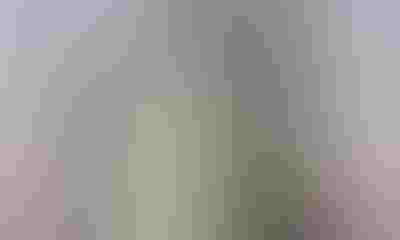 Even though the Mato Grosso harvest is picking up pace, soybean sales in Brazil’s top-producing state remain below the historical average as producers opt to sit on their beans. Nationwide, forward sales so far are marked at just 34% of the 2016-17 crop, down from the five-year average of 41%. This could stretch Brazil’s bean supply longer into the coming Northern Hemisphere season and pressure prices downward for longer than usual. Despite last season’s punishing El Nino, Brazilian soy profit margins over the past few seasons have been pretty good as the U.S. dollar appreciated between planting and harvest, leaving producers with more cash on hand.

Low advanced sales
By mid-month, producers in Mato Grosso had harvested an estimated 5% of the 2016-17 bean crop, which is better than 3% ahead of last season’s pace with the average yield coming in at about 52½ bushels per acre. But despite that, say experts at the Mato Grosso Agricultural Economics Institute, “Mato Grosso soybean buyers—the largest market in the country—should continue to face resistance from a good part of farmers to seal deals for sales of new crop 2016-17 soy, even with the sped-up harvest, due to prices being unattractive and to the good financial situation in which farmers find themselves.”

And having a little cash on hand after a few recent good years may mean Mato Grosso farmers will wait until the second half of 2017 to sell their crop, in the hope of a price increase or further strengthening of the greenback, said one trader.

Currency values
Parana producer Rodolpho Luiz Werneck Botelho says he started planting soybeans on October 16, after “a tough winter” had passed. He and his crew finished planting by December 5, which was a bit late, but they needed the time to get the wheat in first.

“Dollar costs and chiefly soybean sales vary a lot over the year due to the rise and fall of the U.S. dollar against Brazil’s real," Botelho said. "In the first half of the year, the dollar came close to 4:1. But now it’s down to 3.2:1, so this has had a big effect on prices.”

It would appear Brazilian soybean farmers are holding out for a further increase in the strength of the U.S. dollar before they unlock those bin doors.