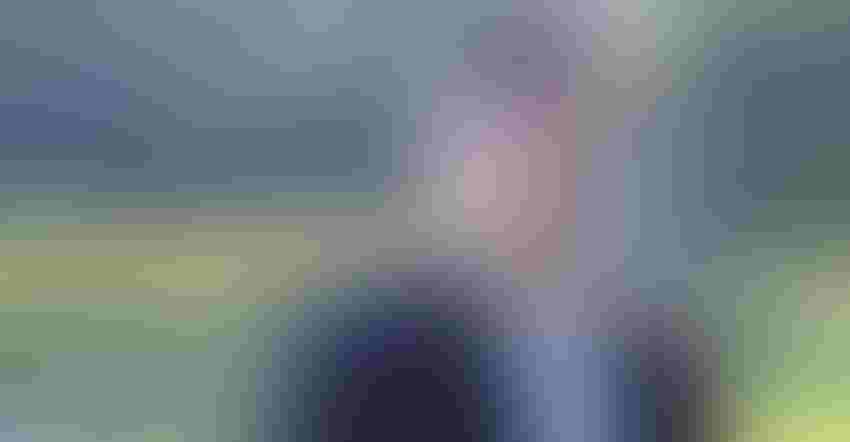 Lucilio Alves says Brazilian farmers would rather wait out the weather than switch away from soybeans.Photo courtesy Cepea/Esalq

What options would Brazilian soybean producers have if this season’s rains were to hold off beyond the optimum planting window? Not many, says a Brazilian expert.

Producers would be more likely to simply suffer the yield loss, waiting for precipitation before they would switch to, say, corn.

Nobody’s saying there will be a problem with dry weather at planting this cycle. But what if?

Weather maps may be showing Brazilian soil drier than usual as we head toward 2017-18 planting, but that’s of little concern to Professor Lucilio Alves. Brazilian soils are dry, but not abnormally dry for the season, he says. “If it starts to rain between Sept. 10th and 15th,” Alves adds, “that will be in the normal timeframe. So let’s wait until then to see if there’s any lack of precipitation. Forecasts are for normal rains at planting.”

Alves is a professor at Center for Advanced Studies in Applied Economics at Brazil’s famed Luiz de Queiroz Superior Agricultural School in Sao Paulo state. He said that, if dry soils and slow initial rains were to cause planting delays in 2017-18, the first effect wouldn’t be on crop mixes or planted area but rather on yields.

What if it’s dry at planting?

He says many producers across Brazil have few options for main-crop planting, besides soybeans. Take those in the Northeast: given occasional dry spells in normal years, main-crop corn doesn’t really present much of an option. Main-crop corn could work across most of the heartland of Brazil, but changes would require more than just recalibrating planters: poor highway infrastructure would surely mean delays and higher expenses as hundreds of seed corn trucks negotiated potholes on their way to delivery points.

If there were to be a notable switch from main-crop beans to main-crop corn, it would take place mostly in Brazil’s South and in South-Central states like Sao Paulo and Minas Gerais.

“I’m just speculating,” Alves says, “but it would take delays of more than 30 days in the start of the rains for farmers to move to another crop.”

More likely, producers would bite the bullet and continue to plant soybeans. That said, long delays in the start of rainfall would take a serious toll on second-crop corn production in Parana and Mato Grosso states.

“Producers prefer to plant their second-crop corn by the end of January into the beginning of February,” Alves says. “In more northerly Brazilian climes, that’s so that the corn will be ‘safe’ from the start of dry season in May. In more southerly parts, it’s so the corn will be dry enough by June to withstand frost.

Even in a normal year, though, it’s tough to make money producing corn and soy in Brazil right now.

“This year production costs are practically the same as last year, but prices are lower,” Alves says. “Soy margins are tightening, though they’re still better than they are for corn.”

So keep your eye on those Brazil weather forecasts for mid-September. But remember, farmers are likely to stick out any dry weather at soy planting time. And, as Alves told me: “The bigger issue surrounding (dry weather at planting) would have to do with second-crop corn. Not the main-crop soybean area.”