Sponsored by the American Soybean Association and Pioneer, the program identifies and develops future industry leaders.

Nathan and Stacy Dorn of Hickman, south of Lincoln, have been selected as the Nebraska Soybean Association's 2012 Young Leaders. The Dorns were chosen from a group of applicants by the NSA Young Leader committee.

The Young Leader Program is sponsored by the American Soybean Association and Pioneer Hi-Bred a DuPont business. It is designed to recognize and strengthen leadership in the agricultural community as well as cultivate producer leaders who are shaping the U.S. soybean industry. 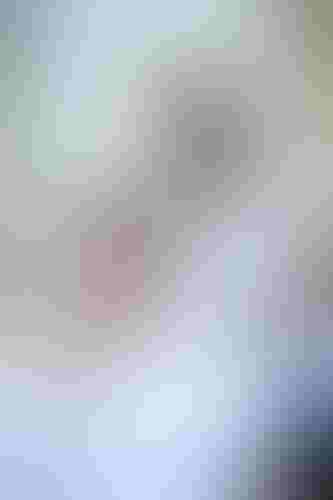 The Dorns are involved in the family farming operation in Lancaster County where they raise corn, soybeans, wheat and alfalfa. They also feed cattle and have a cow-calf operation.  Nathan holds a degree from Doane College in Social Science. Stacy holds a degree in graphic design.

They are involved in their local school and their church.  "The top issue to address is sustainability," Nathan Dorn says. "Not only in farming, but where are the next generation of farmers going to come from? We also need to do a good job of being advocates for agriculture."

The Dorns joined the 2012 class of Young Leaders, which is made up of selected leaders from each soybean producing state, who participated in a challenging and educational leadership experience Nov. 29 through Dec. 2, 2011 at Pioneer headquarters in Johnston, Iowa. They will complete the second part of  training Feb. 28 through March 3 in Nashville, Tenn., in conjunction with the annual Commodity Classic.  This seminar offers the opportunity for participants to enhance their leadership skills, as well as meet and learn from other Young Leaders from around the United States.

Jason Leven of Bertrand, Young Leader committee chairman, says, "This program has been instrumental in helping to identify and develop some of the top soybean industry leaders in the state. Several past winners have gone on to serve in leadership positions with our state and national organizations."

NSA is the grassroots commodity organization that is the policy advocate and collective voice of its producer-members on statewide issues and represents Nebraska domestically and internationally through membership of the American Soybean Association.