Soybean Watch: Make note if phytophthora root rot or another disease showed up before harvest. 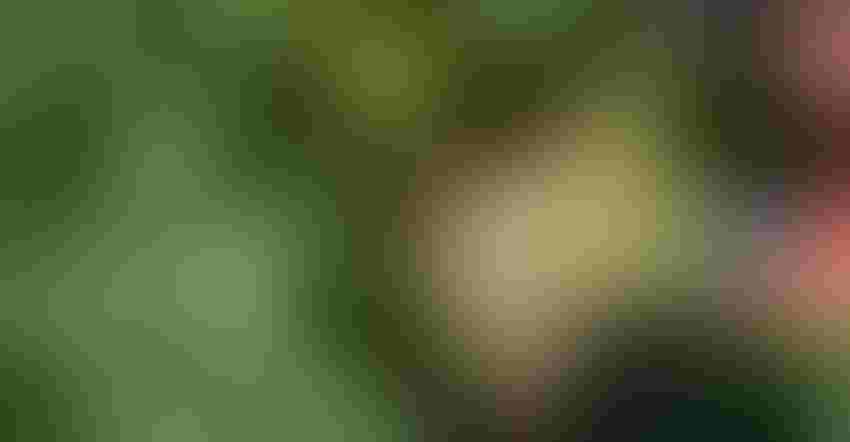 Even if 99% of all plants in a soybean field look normal and healthy, that other 1% doesn’t escape Steve Gauck’s eye. He wants to know why a plant doesn’t look right, whether the cause is insect, disease, nutrition or genetics.

“Making good mental and written notes on what you observe in each field before harvest can come in handy when you’re making variety selections and planning soybean management strategies for next season and the season after that,” says Gauck, a regional agronomy manager for Beck’s based near Greensburg, Ind. Beck’s sponsors Soybean Watch ’22.

Walking soybean fields not long before harvest, he spotted a very few widely scattered plants that looked abnormal. In each case, he pulled out his Purdue University Corn & Soybean Field Guide, which he keeps in his back pocket, and attempted to zero in on a diagnosis. When he can’t narrow it down, he has the option of pulling plants or plant tissue and sending them to the Purdue Plant and Pest Diagnostic Lab for diagnosis.

During this scouting trip, a couple of dead or dying plants nestled in among very healthy plants caught Gauck’s attention. Each time, he pulled back the still-green canopy so the stunted, brownish, sickly, dying plant or plants were easier to see.

“These plants showed the classic symptoms of phytophthora root and stem rot described and pictured in the Purdue guide in the soybean management section,” Gauck says. First, plants that are infected wilt. Then leaves turn yellow before they turn brown. Plants die prematurely. Typically, unless the infection is severe, only a plant or two here and there may be infected. Other plants around them may appear normal and mature and yield normally. Lower stems of infected plants often turn black, and roots show signs of decay.

“We can see phytophthora root rot infections early in the season at the seedling stage, but we can also find it late in the season,” Gauck says. He notes that the fungus causing this disease can attack plants at any growth stage. Soils that stay wet for long periods are more likely to be hosts for this disease. Even though this season was dry during June and July, some areas received more rain than needed in August and early September.

Knowing where phytophthora appeared and which fields were infected with it is important for future management planning, Gauck says. There are differences in resistance to phytophthora among varieties. If you will plant soybeans in 2023 into a field with a history of phytophthora root rot, you may want to plan a different strategy than if you haven’t had disease in the field. That’s true even if you’re in a corn-and-soybean rotation.

In those fields where records indicate a history of phytophthora root rot, the Purdue guide recommends considering fungicide seed treatments with metalaxyl or mefenoxam fungicides in combination with resistant varieties.

“You will be better able to make those decisions if you’ve scouted carefully and kept good notes,” Gauck advises.