Soybean Watch: Here’s a reminder of why it’s important to keep residue out of the planting slot. 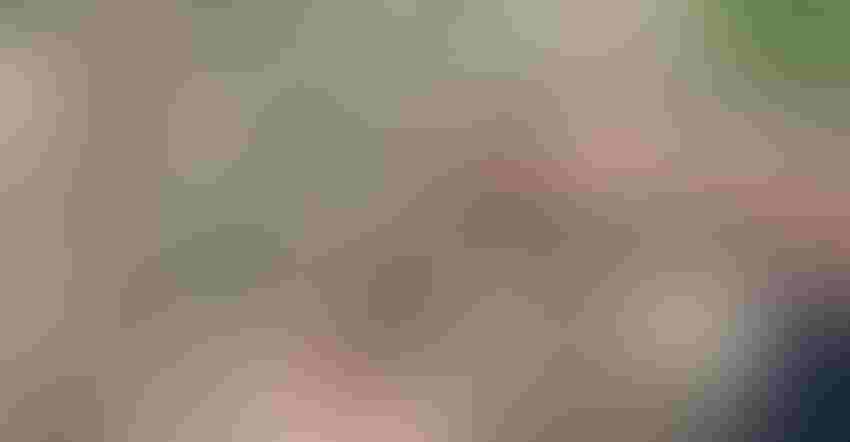 FOILED ATTEMPT: This soybean plant did its best to grow. Instead of being placed in soil, it wound up in residue pinched into the seed trench and had a hard time establishing.

What happens if residue gets pinched into the planting slot in no-till situations? If a seed drops there, it may germinate, but it may not be able to establish a healthy seedling with the power to send down strong roots.

Steve Gauck found an excellent example of such a plant by chance in the Soybean Watch ’18 field. The beans were no-tilled into cornstalks. The field is off to a good start, and has been progressing well since planting, notes Gauck, a Beck’s sales agronomist based near Greensburg, Ind. He is scouting the field regularly this summer. Beck’s sponsors Soybean Watch ’18.

Gauck used the plant he found to make a point. “I noticed it because it was starting to wilt on a hot day, while everything around it was still doing OK,” he says. “Other plants were turning their leaves down. That’s a natural response in soybeans when it becomes hot in the middle of the day. They’re conserving water. This plant was starting to wilt.”

Scout and learn
A closer look explained why, Gauck says. The seed germinated in residue, not soil. Apparently, residue from last year’s corn crop was pinched into the planting slot during planting. The soybean seed happened to land on the residue, and there was enough moisture for it to germinate.

“It didn’t have a very good root system,” Gauck says. “Roots were still hung up in residue. It also didn’t have many nodules compared to a couple other plants which I dug up the same day.” 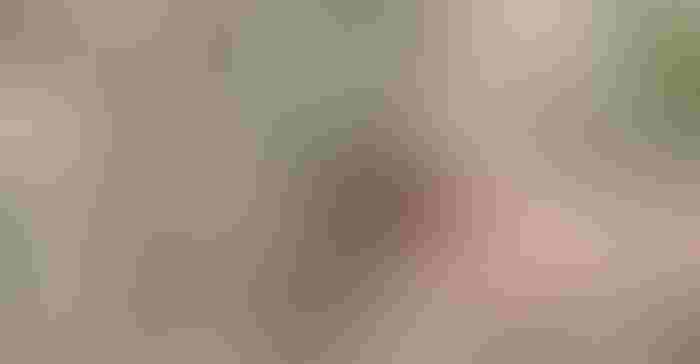 SHORT ROOTS: This plant, which germinated in residue rather than soil, had a hard time establishing roots, and nodules didn’t form like they did on plants that germinated in soil.

Nodules are important because they’re home to bacteria that pull nitrogen out of the air and fix it so soybean plants can use it, Gauck says. Most plants in the field were a dark-green color, indicating that bacteria inside nodules were hard at work. The plant he pulled from the residue was lighter green in color.

There were some locations in the field where the slot wasn’t completely closed. Hairpinning is the process by which residue can be pinched into a slot instead of remaining on the surface.

“It’s something to watch for while planting,” Gauck says. “It’s not a big deal most of the time today, and wasn’t in this field in most places. We have residue wheels and other setups on no-till planters which usually prevent this from happening. Still, it’s something to be aware of.

“Seeds need good seed-to-soil contact to establish sound seedlings. As this example illustrates, the seed might be able to germinate even in residue, but it needs soil contact so roots can establish themselves properly.”

New tool
New technology on the market this year could help make sure you keep residue out of the planting trench in the future. Precision Planting introduced SmartFirmer technology, which was commercially available for the first time this year. The firmer rides in the seed trench and takes measurements of different variables, including soil moisture and organic matter.

It also can determine how much residue is in the seed slot. A readout for this parameter on the monitor in the cab lets the operator know if there’s more residue in the slot than there should be. If there is, the operator can adjust and improve seed-to-soil contact.

Planters equipped with systems that raise and lower row cleaners on demand will make it easier to make adjustments based on this information.