&bull; The peanut market is still feeling effects of a record 2012 crop.&bull; Whether acreage and yield cuts will offset over-supply remains to be seen.&bull; U.S. growers need to produce a crop of about 1.6 millon tons to offset over-supply. 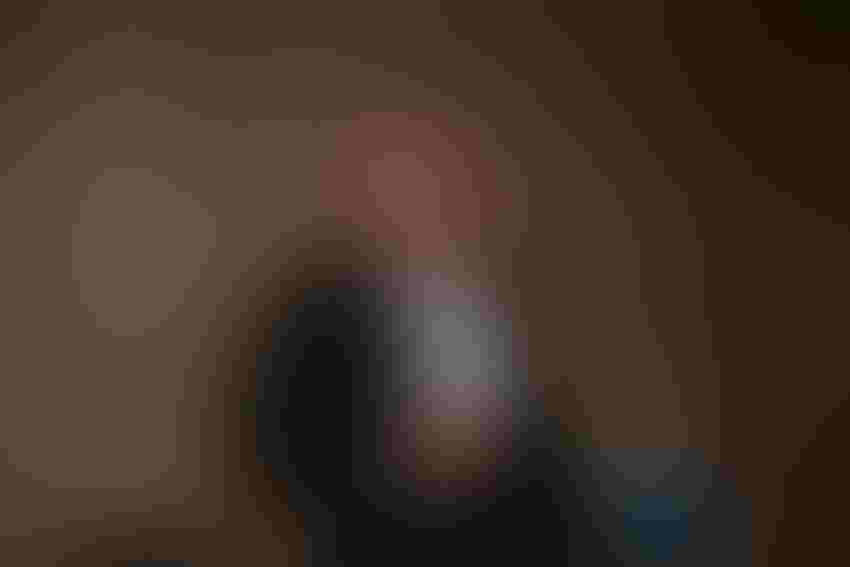 <p> MARSHALL LAMB, head of the USDA Peanut Lab in Dawson, Ga., says the size of the 2013 peanut crop and its impact on the current over-supply situation is still largely unknown.</p>

The good news for peanut growers this year is exports the first four months of the year have already reached 80 percent of what was expected for the year and demand for peanut products remains high.

The bad news — nobody knows how big the crop will be this fall.

He pointed out that the USDA recently extended the deadline for reporting peanut acreage, which further clouds the picture in terms of the size of this year’s crop.

Despite record rainfall in some areas of the Southeast and Virginia-Carolina peanut belts, this year’s crop appears to be on track to be a good one. Lamb speculates it may not be as big as the record 4,200 pounds per acre produced last year, but it is on track to be a high yielding, high quality crop.

If the acreage reduction is as much as 40 percent, as has been projected by some industry sources, and yields approach 4,000 pounds per acre the carry out will still be too high, but could be manageable.

If the final acreage total is more in the 27-28 percent ranges, as was projected earlier in the growing season, and the yield is comparable to last year’s record yield, the carryover would be much too high and could really cause problems that would trickle down to growers.

The current uncertainties of this year’s crop are still being magnified by the 2012 crop, which produced the record yield per acre and was produced on a high acreage total that topped 1.6 million acres.

The subsequent 1.260 million ton carryout has created a historic over-supply that make the outcome of this year’s crop more critical, Lamb said.

Revival of export trading that characterized the first four months of the current peanut season is critical to managing the over-supply problems that are being faced by U.S. growers. China was on track to import something close to 300,000 metric tons of U.S. grown peanuts, but it now seems unlikely that the country will buy that many peanuts this year, Lamb said.

“New customers, like the Ukraine, Indonesia and Algeria are buying small quantities of peanuts, but combined with other non-traditional peanut buyers, could be important players in reviving the early rise in the export market.

“The world’s largest peanut butter consumers on a per capita basis, Canada needs to remain a good customer for U.S. grown peanuts. Currently, about 80 percent of the Canadian peanut butter market comes from U.S. peanuts.

“The fastest growing customer for U.S. peanuts is Mexico. So, taking care of our trading partners in North America is another key to a successful export year for U.S. grown peanuts,” the USDA economist pointed out.

At the end of the day,, Lamb said U.S. peanut growers need to produce about a 1.5 to 1.6 million ton crop. Again, how likely that is to happen is still very much unknown — some depends on weather and some depends on how many peanuts were actually planted.

“If U.S. growers do come in with a 1.5 million ton crop, it would be a huge drop from the 3.4 million ton farmer stock peanut crop produced last year,” Lamb said.

Some Alabama crops in make-or-break situation