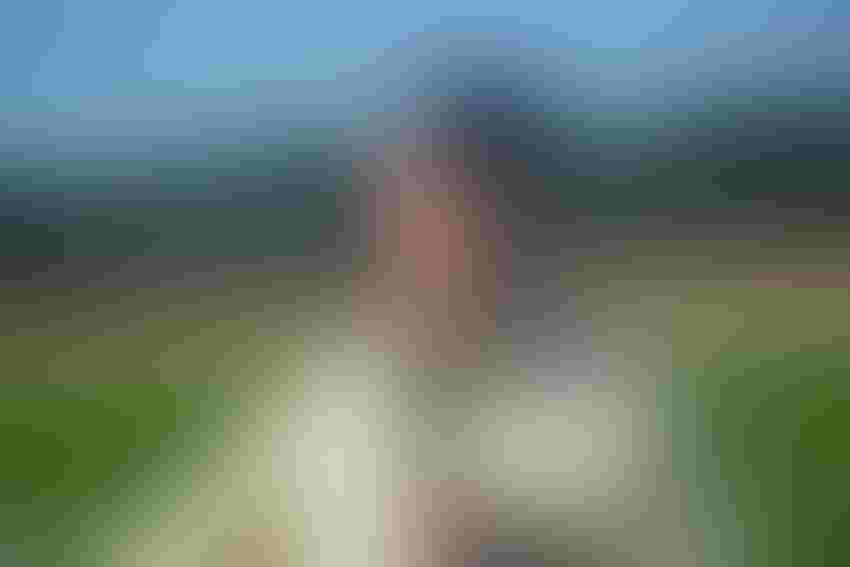 North Carolina State University Extension Entomologist Rick Brandenburg, speaking at the 66th annual Peanut Field Day at the Peanut Belt Research Station in Lewiston-Woodville, says he has never seen a reduction in yield from the use of Thimet in his test plots.

Of all the states that produce peanuts, North Carolina is the only one that doesn’t use Thimet to control thrips. North Carolina State University Extension Entomologist Dr. Rick Brandenburg wonders why.

“I know everybody says because it burns the peanuts. It knocks the leaves off them. I have yet to have a test plot where I’ve gotten phytotoxicity from Thimet or phorate, where I saw a reduction in yield. I’ve never seen it happen,” Brandenburg said at the 66th annual field day at the Peanut Belt Research Station in Lewiston-Woodville.

Brandenburg emphasized that doesn’t mean it doesn’t happen, it just hasn’t occurred in his test plots.

“I talk to my colleagues in Georgia and Alabama and South Carolina. They say ‘we use it like crazy.’ The only thing I can figure out is it’s got to be me. I’m the only thing that’s different,” Brandenburg quipped.

Brandenburg cautioned against planting too early or too late. Optimal planting dates for reducing resistance are between May 6 to May 15. Planting resistant varieties is critical as is planting at least five plants per row foot. Reduced-tillage and good insect control, including the use of Thimet, also works to control tomato spotted wilt virus.

Turning to budworms, Brandenburg cautions that pyrethroids alone won’t provide complete control. “When you spray your peanuts with a pyrethroid, there is a chance you’re only going to get 35 percent control, and then you’re not going to be happy,” he said.

“The trend I’ve observed is that in peanuts more and more of you are going with traditional worm insecticides, the higher priced, but more effective products. I can’t argue with that,” he said, pointing out that the true worm insecticides offer the best control.