One of the strongest El Ni&ntilde;o climate decades has been building for several months and could make for a tricky fall peanut and cotton harvest in lower Southeast. 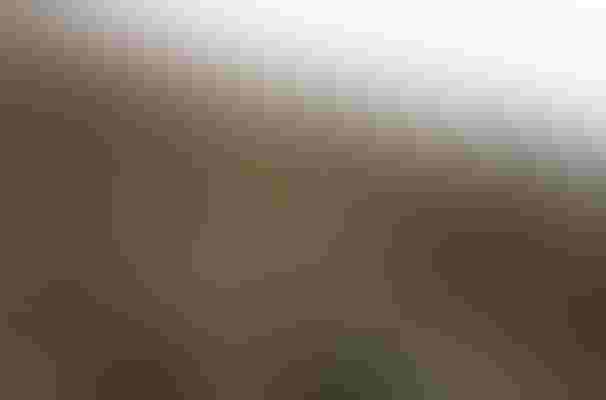 One of the strongest El Niño climate phases in decades has been building for several months and could make for a tricky fall harvest in Alabama and the lower Southeast.

Row crop farmers preparing for harvest should think in terms of “the sooner the better,” said Auburn University researcher Brenda Ortiz, an associate professor in the College of Agriculture’s Department of Crop, Soil and Environmental Sciences. A primary focus of Ortiz’s research is the impact of weather and climate on agriculture.

“The strongest El Niño on record occurred in 1997, and the one forecast for this year could top that,” she said, noting climate prediction models forecast an all-time record El Niño October, November, December and January.

“There have been indications since this past spring—based on climate models and sea-surface temperatures in the Pacific Ocean—that we are entering an El Niño climate phase, meaning a cooler and wetter fall and winter (in Alabama),” said Ortiz. “The sea-surface temperatures in the Pacific have to be warmer than normal, and that’s the main indication of changes toward the El Niño phase.”

All signs point to one of the strongest El Niño’s in recent years, she said. But knowing what’s in store for the coming months can help farmers prepare for the worst.

“Producers may want to have extra equipment on hand, and they’ll want to get into their fields as quickly as possible to harvest peanuts and cotton this fall,” Ortiz said. “They might see significant yield losses if they delay harvesting. It also could prove challenging to find a suitable window of good weather to dig peanuts and defoliate cotton prior to harvest.”

These weather conditions also will have an impact on planting wheat and other cover crops, she said.

“I’d recommend growers plant their wheat and cover crops as early as possible this fall because field conditions will get wetter further along in the year,” she said. “If it’s too wet, getting a good stand could become an issue. Growers might have to increase their seeding rates for these crops to compensate for stand loss.”

“Several areas of the state have been suffering from moderate drought conditions, so rain will help recharge those surface water sources,” said Hardin, director of the Federation’s Department of Governmental and Agriculture Programs. “Water is important for farmers who want to irrigate crops next spring and summer and for cattlemen who need moist soil for winter forage.”

El Niño, La Niña and Neutral are the three climate phases of the El Niño–Southern Oscillation (ENSO), Ortiz said. In the Southeast, ENSO affects rainfall and temperatures during fall, winter and spring, with an El Niño occurring every two to seven years.

One doesn’t have to look too far back in history to see when a strong El Niño severely impacted fall harvest and planting activities, Ortiz said.

“In the fall of 2009, farmers in the Southeast had many difficulties harvesting peanuts and cotton, and some cotton was even harvested the following January,” she said.