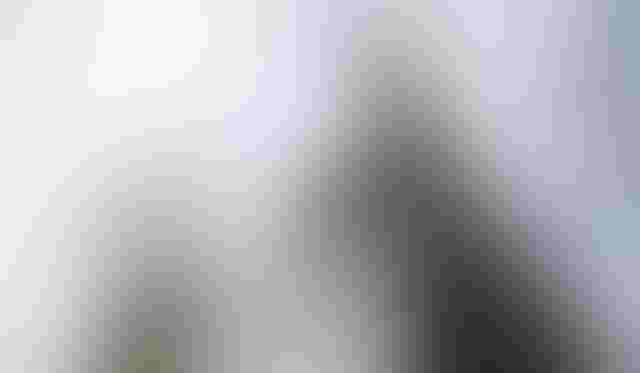 I recently remembered again the time a farmer pulled a gun on me.

The Georgia Peanut Commission, in partnership with University of Georgia Extension, conducted training in February for farmers and Extension county agents that focused on what to expect from and how to prepare for an interview with a print, radio or TV reporter. The organizers of the training are to be commended for this proactive exercise.

As part of the training, I was asked to be on a panel with other reporters, mostly fellow Southeast ag reporters. I’m good friends with all the good reporters on that panel, and can safely say I was the weakest link there.

Questions were asked of the panel and answers and discussion ebbed and flowed as farmers talked about individual dealings with reporters: the misconceptions and positive experiences both. The panel was asked to talk about our most-memorable interview. My most memorable interview ended up not being an interview:

Two decades ago, I was a young reporter covering agriculture in south Georgia. One early spring day, I spent a pleasant morning with a farmer, which ended up being a nice story. I was returning to the newsroom from that farm visit and driving along a paved back road, and I saw a man standing alone by a truck parked at an equipment shed. He looked like he’d been doing some farming. At the time, an ag-based trade deal was brewing in Washington. I decided to try and get another quick story done for the paper by stopping and asking this fellow standing alone by the equipment shed what he thought about the deal and Washington.

I turned my truck around and drove back the man near the shed.

“How you doing?” I said and got out of my truck.

“I’m Brad Haire with the local paper. Wonder if I could ask you a few questions? You farm around here?” I said.

“I understand, but I write about agriculture in the area. I was looking to get a farmer’s thoughts on a few things,” I said.

“I said I ain’t got nothing to say,” he said, and reached a hand into the open window of his truck cab.

I should have listened, but I was still in good spirits from my previous farm visit.

He pulled back from the truck, and I saw the shotgun ease free of the window.

I took a breath. “I’m already gone. I’m just waiting on my body to catch up with me,” I said, clearly and finally seeing his point-of-view on the matter.

As the panel discussion continued at the training, my mind wandered to agriculture’s relationship with the media and the public.

Ag has a complex relationship with media and public

U.S. agriculture is fascinatingly diverse and complex, but it’s understandably difficult for people outside of agriculture, looking in on ag from time to time, to grasp or appreciate its rich variety or to care to get to the true solutions to both real or perceived problems.

I get that. It’s hard for me to see or understand what I’m sure are the complex day-to-day and long-term issues impacting Silicon Valley. Though it encompasses thousands of large and small companies, Silicon Valley is just a place where folks are trying to figure out ways to efficiently collect our personal data, turn that data into profit for them and take over the world, right? Now, that’s a biased view on my part.

What can be called a truth far too often depends on what angle in which that ‘truth’ is viewed. And being partial or biased is as natural to us humans as blinking our eyelids.

Collecting and then relaying unbiased information is near humanly impossible and is not something naturally practiced by people. Call me jaded or a cynic if you will.

In the last few decades, especially with the move to the 24-hour news cycle brought on by TV channels dedicated to non-stop talk and the ever-present access to digital everything now, the media has moved away from reporting to us what we should know and instead too often report now what they think certain political demographics want to hear, read or see.

Just a few decades ago, most daily or weekly newspapers had a reporter dedicated in some way to covering agriculture. Those days are gone as newspaper newsrooms continue to dwindle in size.

I don’t know if the farmer standing next to his truck near the equipment shed on that spring day so long ago was up to something shady. If he was, it never got reported by anybody. Maybe the simple explanation was he didn’t want to talk to a reporter, especially one coming up out of the blue. He finally got the point across.