As far as the organizers can tell, the Northeast Regional Ag Expo held Nov. 12 at the Senator Bob Martin Eastern Agricultural Center in Williamston, N.C. is a one of a kind event. 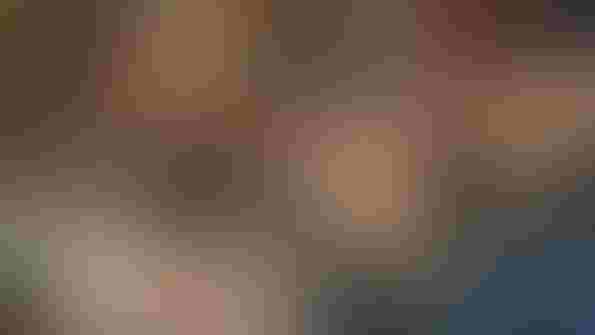 As far as the organizers can tell, the Northeast Regional Ag Expo held Nov. 12 at the Senator Bob Martin Eastern Agricultural Center in Williamston, N.C. is a one of a kind event in the nation.

“We were thrilled with the turnout,” said Sarah Hodges, public information officer for Beaufort County Schools, who helped organize the expo. “All of the participants had to be either enrolled in ag classes in school or be members of FFA or both. These young people are our future and organizers knew it was important to educate them about the opportunities in agriculture.”

Originally called the Beaufort County Ag Expo, the event was first held in 2013 at Northside High School in Pinetown, N.C. The idea was the brainchild of Beaufort County farmer Steve Griffin, who felt there was a need to expand the horizons of local agriculture students.

The event attracted 60 exhibitors, ranging from the U.S. Department of Agriculture to Southern States to Dow Agro Sciences to John Deere. Hodges said the wide range of exhibitors were there to show students the great variety of career opportunities available in agriculture.

All speakers at this year’s expo urged the students to pursue careers in agriculture.

Larry Wooten, president of North Carolina Farm Bureau, urged the students to learn more about North Carolina’s largest industry. “Take advantage of the opportunities so that you can become better leaders in our communities and the industry of agriculture,” Wooten said.

Shelby Bireley, president of the North Carolina FFA, encouraged the students to have a well-rounded view of agriculture. Bireley is a 2013 graduate of South Johnston High School in Johnston County, where was a member of the FFA Chapter. She is a junior at North Carolina State University, majoring in agricultural education with a minor in horticulture.

“Agriculture today is more than planting seed and harvesting crops,” Etheridge said. “Learn and listen. You don’t have to make your career decision today, but you’re going to have to make it pretty soon. Choose a career you like. You will be successful.”

Etheridge told the young people about the career success he enjoyed after graduating from Cleveland High School in Johnston County in 1959 and enrolling at Campbell University in Buies Creek, N.C.

“I didn’t know when I was growing up on a farm in Johnston County that I would have the opportunity to serve in the North Carolina General Assembly. I didn’t think about it,” Etheridge said. “I never thought I would have the chance to be the state superintendent of schools. I never had any idea that I would be a United States congressman or now executive director of Farm Service Agency.”

Etheridge urged the high school students to take advantage of the opportunities they have.

“Listen to your teachers and your parents. Soak up what you can. Get prepared. The world is about being prepared. The opportunities will come if you are ready to recognize them and you can get them,” he said.

“Farming is the biggest driver of our economy. I’d like to challenge you as you consider your careers to think about how you can create jobs in eastern North Carolina. Today, we gather most of our products to be shipped off to other states and other countries to be processed. We could do those jobs here in North Carolina.  There are great jobs and great opportunities in agriculture,” he said.