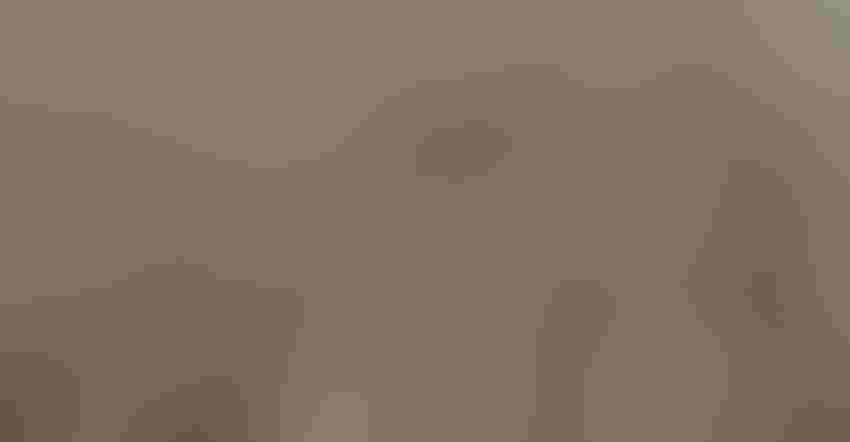 Grazing cornstalk residue has advantages for both crop producers and livestock operators. In spite of recent studies citing the benefits of residue grazing for both parties, acres and acres of cornstalks and crop residue across Nebraska still remain un-grazed every season. University of Nebraska researchers wanted to know why.

"We surveyed farmers across the state in 2015 about their perspectives regarding grazing on corn residue," says Nebraska Extension beef systems specialist Mary Drewnoski. Of the farmers surveyed, 63% allowed cornstalk grazing and 37% did not. Digging a little deeper, Drewnoski says that of the percentage of farmers who were not allowing grazing, 52% said they would allow grazing if a rental rate of between $5 and $15 per acre was offered.

She says that when researchers talked with cattle producers, they found that many would be interested in grazing more corn residue, but stated they did not have access. "So we talked with farmers and cattlemen, and many were very interested in the idea of an exchange," Drewnoski says.

The Crop Residue Exchange borne out of that survey is an interactive, online tool designed to help farmers and cattle producers connect and establish crop residue grazing agreements that work for both parties. Launched this past summer, the tool is easily navigable after establishing a log-in account, allowing farmers to list cropland available for grazing by drawing out the plot of land available using an interactive map and entering basic information on the type of residue, fencing needs, water availability and dates grazing will be allowed. Livestock producers can log in and search the database of available crop residue within their desired grazing location.

"Currently, we have existing educational information such as impacts of cattle on cropland and things to consider with rental agreements on a resources tab within the exchange," Drewnoski says. "We are working on finalizing a template for rental agreements that will be supplied on the site. Additionally, we hope it will also serve as a way for Nebraska Extension to gather information on the use of corn residue in the state."

She notes that Nebraska Extension staff often field questions about the "going rental rate" for grazing cornstalks. "This exchange can provide a source of information to answer this question," she adds.

The reasons for utilizing cornstalks for grazing have been well documented in recent years. "Grazing corn residues can be a low-cost source of winter feed for cattle and a source of income for farmers that is not detrimental to the land," Drewnoski notes. "Residue grazing offers an alternative method for management of excess residue in high-yielding fields. Cattle are selective grazers and will eat any grain remaining first, reducing the likelihood of volunteer corn next year. Recommended stocking rates only result in consumption of 15% of residue, leaving the majority of residue to protect the soil from erosion," she adds.

"Ultimately, the goal of the exchange is to assist with development of farmer-cattlemen relationships, [and] increase the use of corn residue for forage by helping farmers that have corn residue get connected with cattlemen that are looking for winter forage, especially in the eastern part of the state where corn residue is not heavily utilized," Drewnoski says. "While the focus is residues, we have set it up so that people can list cover crops for grazing as well."

You will find the Crop Residue Exchange at cropresidueexchange.unl.edu.