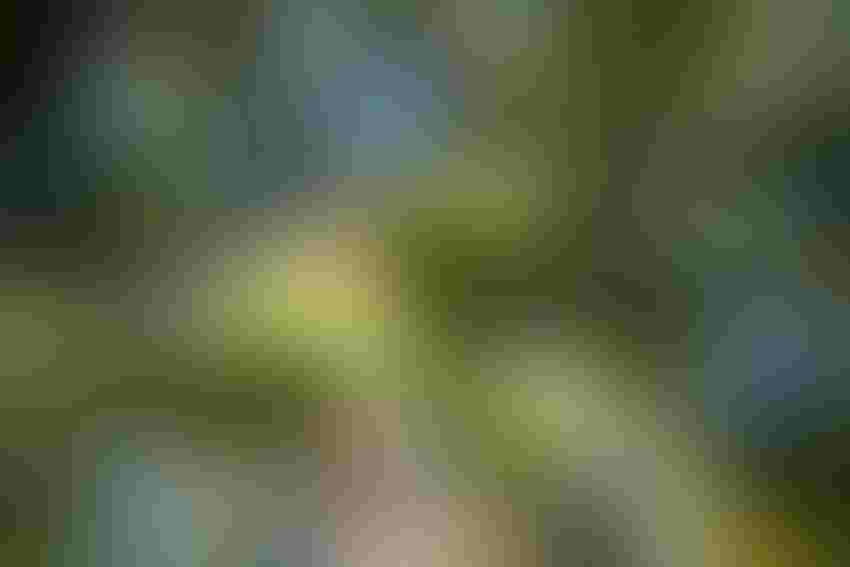 Thieves are making off with thousands of dollars worth of pecans from New Mexico groves.

T'was the night before Christmas and all through the house not a creature was stirring except for a louse (e.g.thief, crook, bandit, nut case, etc.)

That might be what poet Clement Clarke Moore would have penned in his famous "Night Before Christmas" poem had he lived in southern New Mexico and farmed pecans in the 18th century. That's where southern commercial pecan producers are experiencing a rash of pecan thefts in recent weeks now that popular New Mexico nuts are ripening and ready for picking and marketing.

Doña Ana County law enforcement officials say they have beefed up patrols around commercial orchards where more than one thief has been visiting tree farms in the dead of night to gather as many sacks of pecans as they can carry away.

The problem has grown so bad that pecan growers and law enforcement officials called a local press conference in Las Cruces recently to make the public more aware of the problem and to encourage the public to report suspicious activity around pecan groves.

"Pecan growers are frustrated," producer Phillip Arnold said at that press conference. "It's like people walking right in to your backyard and taking [your] possessions."

Doña Ana County Sheriff's Department criminal investigators say while some thieves are stealing pecans for profit, many of them are families who illegally gather pecans off the ground when no one is watching for either personal use or to sell to roadside vendors.

Investigator Jeremy Hash says felony pecan theft reports are closing in on about 20 so far across his county, and he theorizes a lot of criminal activity has gone unreported. He said often not enough information is available to justify an official theft report.

"I would say the value of pecans stolen in county this year could be as high as $35,000 so far," he reported.

New Mexico Department of Agriculture (NMDA) officials say this is not the first year pecan thefts have occurred. In places like Texas and in parts of Mexico, for example, native pecans on public lands, parks and near the banks of rivers and creeks are legally gathered by families each year to provide them with a supply of fresh in-shell nuts for their holiday meals.

But commercial pecans in New Mexico, considered some of the highest quality pecans in the nation, are not available to the public, and represent hefty investments by producers who spend tens of thousands of dollars on trees, fertilizers and irrigation each year to produce their crop. Earlier this month, in-shell pecans were selling for nearly a record-high $3 a pound, and officials say two or three people gathering pecans off the ground can snag a substantial amount of nuts in a short period of time.

Producers say the issue is a tough one. For one, many sympathize with people who cannot afford to purchase pecans to enhance their holiday celebrations. Good pecans are expensive, and they are not easy to produce. But for commercial growers, the pecans are their livelihood, and even small amounts of nuts that are stolen quickly add up.

The New Mexico pecan industry generates an estimated $180 million on average most years, but even petty theft of nuts cut into producer profits hard and fast. While a good amount of illegal pecan gathering happens under the cover of darkness, a growing number of day time thefts also occur, and many of those crimes, both misdemeanor and felony thefts, go unreported, even though people and motorists may see it taking place.

"Sometimes when the public sees people gathering nuts off the ground they just assume it is legal activity underway. But if they looked more carefully, it's not difficult to tell that a lot of these gatherers are not farm workers but members of the public helping themselves to something that is not theirs to take," said a NMDA spokesman.

While commercial producers are hardest hit by pecan theft, they are not the only victims. Doña Ana County authorities report backyard trees in residential areas are also targets of illegal pecan pickers.

"Some of these people are picking pecans wherever they can find them, and then sell them to whoever is willing to buy them, often at a much lower price than wholesale," said Arnold.

The thefts come at a time when producers and residents with pecan trees in their yards are concerned over the uptick in pecan weevils across the southern half of the state. The pesky weevil outbreak has caused a number of localized quarantines over the movement of in-shell pecans in recent weeks, a measure that has stifled commercial growers in south-central and southeast areas of the state.

"So it's not just the human thieves we are worried about, but the insect thieves as well," said a grower who attended the press conference earlier this month.

District prosecutors in Doña Ana County say an added problem is that pecan theft is difficult to prosecute.

County Sheriff Enrique Vigil said his agency is working with farmers to develop more safeguards to make nut theft more difficult and the crime easier to report. His department is working on an ordinance with county officials to raise the stakes for pecan theft and the awareness of how serious the crime is for producers, but he adds it will be too late to help with the current pecan year.

County officials understand the problem is growing. One county producer reported he lost as much as 1,000 pounds of in-shell pecans in one night this month. He said many more thefts like that and suddenly he would not be able to make "much of a profit" from a year-long effort to grow superior quality nuts.

Prosecutors have even urged commercial growers to consider more sophisticated surveillance systems like security cameras in some of more accessible groves. Video footage may well be valuable in helping to prosecute cases.

"In some cases, producers and even homeowners fail to report smaller incidents out of fear of retaliation,” Arnold said.

"People have been suffering pecan theft for a lot of years. The problems, however, is getting bigger, and so must our enforcement efforts," Vigil noted.