A national survey shows that food labeling affects how consumers view the products. 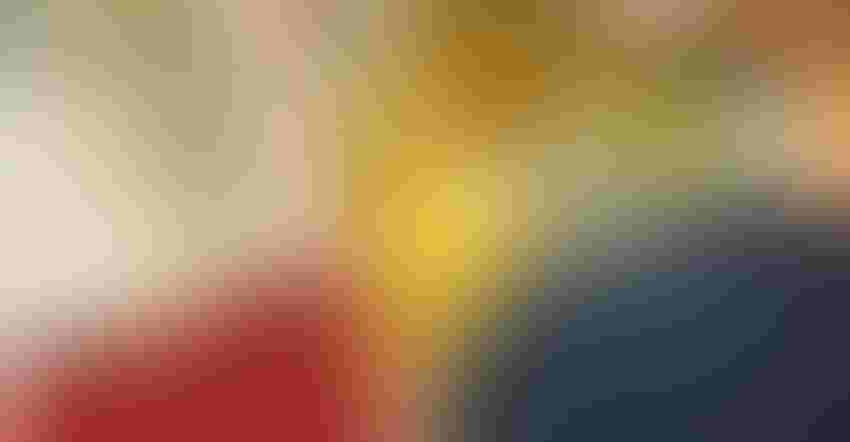 SYMBOLS AND WORDS MATTER: A recent survey by a nonprofit group indicates that people are more likely to be concerned about the healthiness of a food if its packaging bears symbols or labels indicating it’s genetically modified.Juanmonino/Getty Images

Explaining genetically modified crops and foods to the public has been a challenge since GMO products first appeared on the market some three decades ago. A recent national survey indicates that educational efforts so far haven’t produced the reaction agriculture wanted. Many consumers acknowledged they don’t know what GMOs are, and nearly half of all U.S. consumers surveyed said they avoid GMO foods if they can.

That’s discouraging news for researchers and companies that dreamed of putting vaccines in cornflakes when the technology first burst upon the scene all those years ago. Most of the GMO traits so far have been used to improve crop production, but the grain from those crops is classified as GMO grain. Food made from GMO grain technically contains GMO ingredients.

Recently, end-use products such as apples that don’t turn brown when sliced have entered the market, but environmental groups have already persuaded some major food chains not to offer them. For those of us who dream of cherries that don’t turn brown after they’re pitted, that’s disappointing. The company that produces the nonbrowning apples says the same concept should work with cherries and several other fruit and vegetables. However, investing in and further developing such technology is dicey when it’s unclear how the majority of consumers will react to the end product.

Survey says
The International Food Information Council Foundation conducted a survey based on proposed GMO labeling options for foods offered by USDA’s Agricultural Marketing Service. IFIC tested reactions to three GMO labeling symbols and two variations of text that AMS is considering. Instead of using “GMO,” AMS and IFIC’s survey used the term “bio-engineered,” or BE.

In every combination of symbol and test, levels of concern across a variety of factors increased, often substantially, when a disclosure label was applied on the product label, IFIC discovered.

For example, when shown a bottle of canola oil without any GMO labeling, nearly one-third of respondents were concerned about human health issues with the product. By simply adding the BE plant symbol, concern rose to 50%. With text, too, the concern began with 51% of respondents; then the phrase “may be bio-engineered” was added along with the plant symbol, and 57%, or nearly six of 10 consumers, expressed concerns about health.

That’s nearly twice as many people expressing concerns about health just because a symbol and words were added to the bottle.

GMO perceptions
Perhaps responses about GMO food in general are the most insightful — or troubling, depending upon your point of view. The IFIC survey asked about broader perceptions of GMOs. More than one-third of respondents, 36%, said they know very little or nothing about GMO or BE food products. The same percentage said they know a fair amount about such foods. Despite the lack of knowledge, 47% — nearly half — said they avoid GMO foods, at least to some degree.

Of those who said they avoid GMO foods, 85% said they do so because of human health concerns. Obviously, the message that GMOs are safe isn’t resonating with the nonfarm audience.

Perhaps Joseph Clayton, CEO of IFIC Foundation, sums it up best: “Despite broad scientific consensus that GMOs are safe to consume, a majority of Americans seem to be convinced otherwise. It’s a significant disconnect, and it underscores the need for more creative public education on the science behind our food.”

You can learn more about IFIC, a nonprofit group geared to communicating science-based information about health, food safety and nutrition to the public, at foodinsight.org.