Proposal designed to ensure that any market participant with genuine need to exceed position limits can do so. 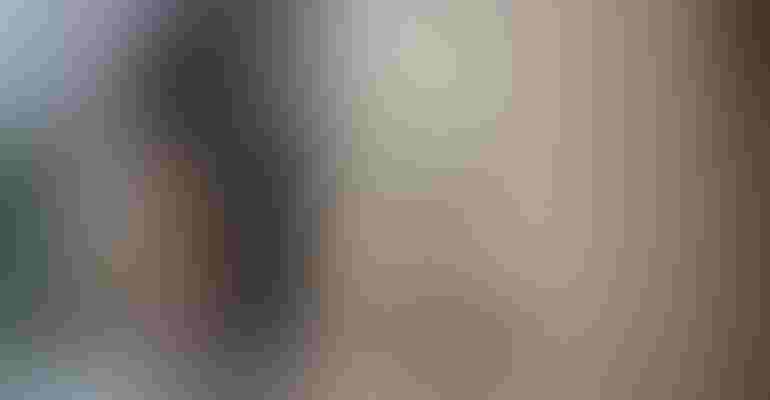 These limits would cap positions that speculators — but not people with real hedging needs — can take in the futures markets on products such as wheat, corn, soybeans, cotton and cattle or energy sources like oil and natural gas. Prior proposals faltered in large part because they did not offer flexibility to the farmers, ranchers and end users of the products that the futures markets are meant to serve.

The commission has grappled with position limits for a decade. A 2011 proposal was finalized but struck down by a court because of concerns over its legal justification. Subsequent proposals in 2013 and 2016 were never finalized, following pushback from market participants about access to bona fide hedge exemptions. CFTC chairman Heath Tarbert said the latest proposal is the culmination of 10 years of effort across the tenures of four chairmen.

Tarbert said the proposal is designed to ensure that any market participant with a genuine need to exceed position limits can do so. The exception to the position limits rule is as important as the rule itself. By making what is known as the “bona fide hedge” exemption to position limits flexible, CFTC said its goal was to ensure that the nation’s farmers and ranchers can continue to do what they do best: feed America and much of the world.

Tarbert said in a statement of support for the proposal, “Limiting speculative positions can reduce the likelihood of chaotic price swings caused by speculative gamesmanship. In effect, position limits should help ensure that prices in our markets reflect real supply and demand.”

Tarbert said the CFTC proposal would end the “risk management” exemption that has allowed banks, hedge funds and trading firms to take large and purely speculative positions in agricultural markets.

He explained that the spot month levels proposed are reasonably calibrated. “They are based on the current rule of thumb that limits should be no more than 25% of the deliverable supply of the referenced commodity in order to prevent corners and squeezes that everyone can agree are bad for the market,” Tarbert said.

For a farmer who needs to hedge the price risk on crops that are still in the ground, a bank with a risk management exemption may be the only willing buyer. To mitigate the impact of eliminating the risk management exemption, CFTC raised the non-spot month limits for the grain contracts. This should allow a broader set of market participants to provide liquidity and help farmers hedge their crop risk as far in advance as they need, Tarbert said.

“The proposal would create an uncertain and unwieldy process, with the commission demoted from head coach over the hedge exemption process to Monday-morning quarterback for exchange determinations,” Berkovitz said in his dissenting statement.

“The proposal would greatly increase position limits in many physical delivery agricultural, metals and energy commodities in spot and individual non-spot months, with no opportunity to monitor for or guard against adverse market impacts,” Berkovitz added. “Although I am pleased that the proposal would no longer recognize risk management exemptions as bona fide hedges for physical commodities, the higher limits allowed under the proposal could accommodate substantially more speculative positions, with potentially adverse impacts on markets. There is solid evidence that the financialization and growth of commodity index investments can raise commodity prices and negatively affect end users in the real economy.”

Benham said, “The commission lacks experience in administering spot month limits for 16 of the 25 core referenced futures contracts and lacks familiarity with both common commercial hedging practices for the 16 contracts and the proliferation of the use of the dozen or so self-effectuating enumerated hedges and spread exemptions (also largely self-effectuating) being proposed. While prior drafts of the proposal admitted this as recently as two weeks ago, the commission determined to change course and quickly let go of the line. The commission’s decision to essentially give up primary authority to recognize non-enumerated bona fide hedges and to rely on the exchanges to collect and hold relevant cash market data for the commission’s use only after requesting it seems both careless and inconsistent with congressional intent.”

Senate Agriculture Committee ranking member Debbie Stabenow (D., Mich.) said the rule falls short. “When Wall Street speculators meddle in our markets, consumers pay the price. Almost 10 years have passed since Congress directed the CFTC to curb excessive speculation that has caused Americans to pay too much at the pump. Unfortunately, this proposal fails to add necessary protections for consumers and our markets. I urge the commission to strengthen the rule.”

Meanwhile, House Agriculture Committee ranking member Michael Conaway (R., Texas) was more supportive of the proposal, saying, “I am encouraged that it offers a robust process for hedgers to access the risk management tools they need and that it is grounded in limiting harm from real market disruptions. Our derivatives markets need certainty, and a reasonable position limits rule can offer that. I am cautiously optimistic that this rule can accomplish that."