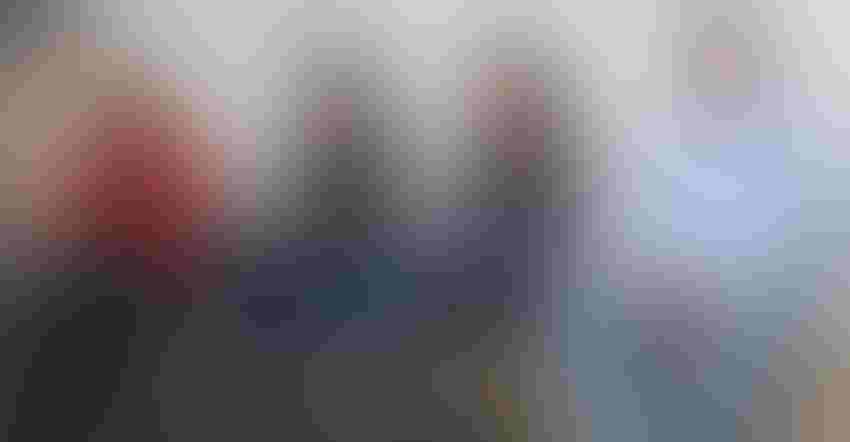 Their steeds have names like Peterbilt and Kenworth, and they may not wear spurs, but cattle truckers have just as much impact on the health of our herds as cowboys in the saddle.

Everyone knows that truckers are critical to ensuring that cattle arrive ambulatory and healthy at their destination — whether that’s a sale barn, the feedlot or the processor. But trucking companies are finding it tough to source qualified truckers, and they’re also battling high costs on the road and increasingly challenging regulations.

There’s a list of challenges, but the panel spent the majority of its time educating cattle producers on the legislative and regulatory hurdles they face every day they put trucks on the highway. Settles says about five years ago, when the first rules around electronic logging devices and hours of service started to be written. it really shone a light on the differences between hauling livestock and hauling other cargo.

As a lawyer, Settles goes to Capitol Hill to educate lawmakers about that difference.

“Our things can die,” she says. “They move around during transit, and they need to be cared for — and pulling over to rest the driver doesn’t really work for us because it doesn’t put those animals in the best welfare perspective.” The challenge, she says, is that those folks she talks to aren’t particularly swayed by economic or animal welfare data, but instead are more concerned with traffic safety data.

Smith says when she speaks with legislative staffers, she’s had to explain to them that hauling cattle is not like transporting boxes of toilet paper or oranges, and that cattle are no longer hauled by railcar.

Heise says trying to get enough drivers to haul livestock is just about impossible.

“About this time last year, we started talking to other carriers and asking them if they were experiencing some of the same challenges that we were,” Heise says. “We were able to identify 130 trailers that had been parked because the companies either went out of business, or they couldn’t find the people they needed.”

But it’s not just putting a driver in the seat — it’s training them on how to load the truck safely with livestock, and get those livestock from point A to point B healthy, she adds. Many of the older, more experienced cattle truckers are tough and know that the cattle come first over their own comfort, Heise says. Newer, younger truckers, she adds, don’t understand that hauling cattle is different than hauling a box truck full of consumer goods.

One thing that could help is changing the age of eligibility to get a commercial driver’s license (CDL) and haul across state lines from 21 to 18, Settles says. “There’s been a lot of conversation about trying to drop that federal age down to 18 — or make some kind of pathway, particularly for military drivers, those folks who learned how to drive large vehicles in the military,” she says.

Some other thoughts from the panel:

At the end of the day, Settles says that cattle haulers are trying to do the best they can for the cattle, for the drivers, and for the safety of all on the highways.

“We always have to remember as we’re telling this story, that although economics matter incredibly to all of us in this room, they’re not a very compassionate story,” she says. But the industry is working on safety and animal welfare, and those are compelling arguments, too.