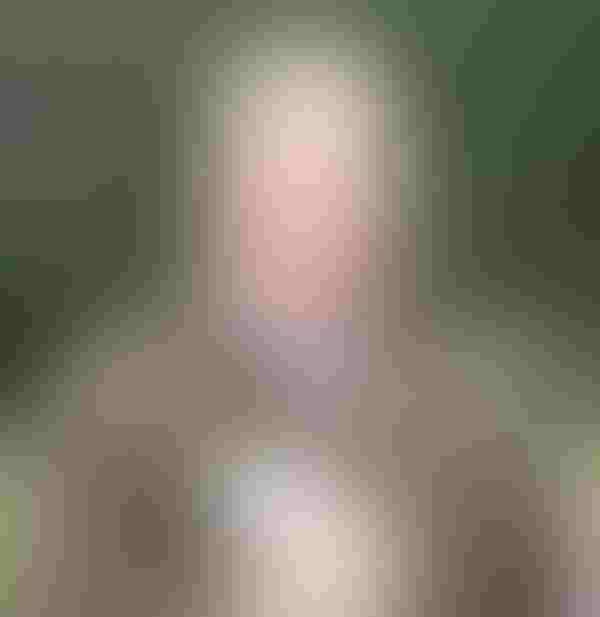 Talk of saving the eastern North Carolina hamlet of Swan Quarter Village, and a big chunk of the state’s finest farmland from encroaching salt water, began in the 1940s.

It ended last year with completion of a 17.7 mile diking system that surrounds the historic town.

Swan Quarter Village is a small, rural town in North Carolina’s most isolated county — Hyde County, located along the Pamlico Sound, roughly 165 miles east, and some local residents contend a half century in time, from the state capitol in Raleigh.

“Being so far away from Raleigh is sometimes a blessing and sometimes a curse,” says Hyde County native and long-time North Carolina State Extension Ag Agent Mac Gibbs.

“In terms of getting the Swan Quarter dike built, it was definitely a hardship,” he adds.

In 1955, four hurricanes devastated the small, rural county and talks of a dike to prevent salt water from destroying the village, farmland, and timberland began in earnest.

Being a long way from anywhere and virtually surrounded by water, Hyde County suffered in its anonymity and federal and state funds needed to complete the project seemed ever so far away at times.

“Sometimes we even had to fight with our own folks to get this project done,” Gibbs says.

Flooding from storms and from an ever-increasing tidal rise threatened to inundate the small town and surrounding rural land with saltwater, leaving a layer of salt that, if left untreated, could destroy everything in its path.

“It’s not just the farmland that was at risk, homes and businesses and highly productive pine forests were also at risk.

“The salt didn’t necessarily kill pine trees outright, but it weakened them and pine bark beetles and other insects would come in and just devastate everything that is coated with salt from the saltwater intrusion,” Gibbs says.

Hyde County is one of North Carolina’s largest counties by acreage and consistently among its most economically depressed.

The primary source of income is from the three Fs: farming, forestry and fishing. The order of importance of the Fs depends significantly on who is talking.

Losing towns to saltwater intrusion is nothing new.

Some of the earliest aerial photographs taken in the state show roads and clear evidence of villages that existed along the Pamlico Sound up to century or so ago.

These towns are now a part of the marshland that surrounds Swan Quarter.

Most of the buildings in the small town are built to avoid being flooded, with many built on pilings to avoid the ever-encroaching saltwater.

Over the years, saltwater from storms and tidal rises has caused structural damage and has played havoc with septic tanks, the most common form of waste disposal in the area.

In a state that is grain deficient and striving to increase production to feed a huge livestock industry, Hyde County is a shining beacon of productivity.

North Carolina Crop Consultant Bill Peele says farms in the area are among the most productive in the Southeast.

“However, with continued and increasing sea level rise, and drainage ways that have been getting clogged by storm debris, we are seeing this land stay too wet during an average rainfall year, and the additional saltwater intrusion from wind tides and storm tides is reducing acres of productive farm land,” Peele says.”

“Working together with the agencies involved with the management of keeping effective drainage ways open is essential.

“Without adequate drainage, if the ground is wet, or the tides are high, a 1-2 inch rain can flood fields, and take out a crop, especially if it is at a young and tender stage,” he adds.

“Farmers these days are very savvy and are good risk managers, and this course we are on now really has all of us concerned.

“To know how productive the land is, but have your investment wiped out by one single soaking rain, leaves us ready to implement a different strategy,” he says.

“Managing water levels with pumping and flood gates will work in some instances, a diking system will work in others, but we all know it’s important to do what is right for both fishing and farming, to promote clean water and sustain the livelihood of the region,” Peele adds

Though the newly finished Swan Quarter Dike protects only about 7,000 acres of farmland, there is plenty more valuable farmland that is at risk from salt water intrusion.

This farmland lives and dies by a system of ditches, locally called canals, some of which go back to the early 1800s.

The newest canals that move water in and out of Hyde County farmland were built in 1950.

Last year, there was slightly more than 60,000 acres in production, much of the losses coming from saltwater intrusion and virtually all of it at risk from the same fate.

The main culprit, Gibbs says, is sea level rise. “I do believe we are seeing a sea level rise. Whether that rise is due to global climate change is up to the scientists to determine, but I’ve seen it all my life in this county,” he adds.

There is little debate that the county, which is a true peninsula jutting out into Pamlico Sound, is losing shoreline at the rate of about three feet per year.

That may seem dramatic, but Gibbs says the loss of shoreline is not as rapid as most other coastal areas along the East Coast.

One Hyde County farmer says the loss of land to encroaching salt water is no small concern. “If we lose one inch over the next 50 years, I will lose over 100 acres from my 640 acre farming operation,” he says.

In 1886 an earthquake, which leveled Charleston, S.C., 300 miles or so to the South, dropped the soil level in Hyde County by 18 inches.

“Farmers woke up the next morning, no rain, no flood, but they had water in their fields that had never been there before. What happens if we lose a similar amount of farmland overnight?” Gibbs asks.

Saltwater intrusion is a much more dramatic threat to the county’s farmland than is loss of shoreline.

The rich, black farmland back in the days of deep tillage seemed to go on forever. In reality, about 40 inches or so down, the black soil gives way to white sand, Gibbs says.

“In years of dry weather, we lose more land to saltwater intrusion. The past 4-5 years have been abnormally dry in Hyde Country.”

In most areas of the country, irrigation would be a natural answer to drought related problems. In Hyde County, the groundwater is salt contaminated and cannot be used for irrigation.

Moving water from neighboring counties for irrigating crops would be more than economically challenging, it would be a social and legal impossibility.

The next question is why not dike the whole county and boost farm production back close the 100,000 acres it once had?

“The cost would be too high and we could never get all the people involved to agree to it,” Gibbs says.

So, perhaps the single best investment in water management and land use in North Carolina history goes largely unnoticed by the world outside Hyde County.

Most of the local people who opposed the project, now agree it was a good thing, Gibbs says.

When it rains, no-till system can get in a rut

Nitrogen is key to uptake of other corn nutrients